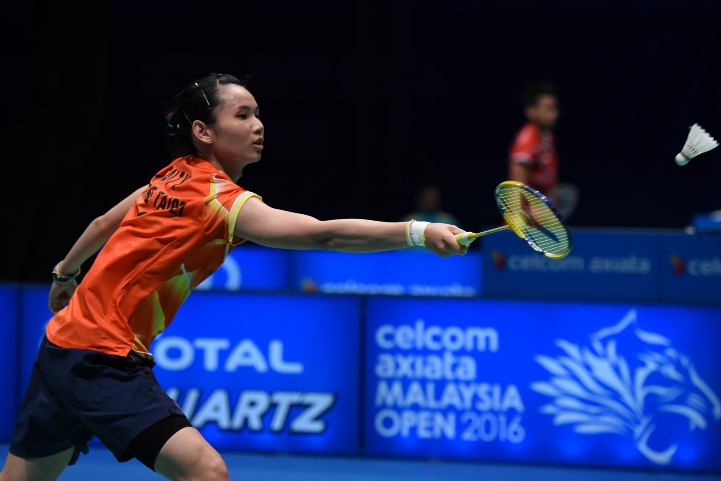 Thailand’s World No 4 continued her winning form when she beat her good friend Tai Tzu Ying of Taiwan 21-14, 21-15 in the women’s singles final to clinch her first SuperSeries title in Malaysia.

In a 38 minute final played to a packed Malawati Stadium in Shah Alam on Sunday, Ratchanok was in superb form to outclass the Taiwanese and it speaks of her determination to do well in the Rio Olympics.

“I am playing with more confidence now. This is my second title in two weeks but the journey to Rio is not easy,” said Ratchanok.

“Tzu Ying has good technique and has some of the most beautiful badminton strokes and skills, The fight between the top 10 players in the world is getting closer by each tournament.

“I am preparing myself well to do well in Rio Olympics and winning the Malaysia Open is a big boost to my badminton, This is the second title for Ratchanok in two weeks, having won the India Superseries before coming for the Malaysia Open.

She next heads to Singapore before competing in the Asian Badminton Championships in Wudan, China from April 26-May 1.

The Malaysian Open title is her second Premier title, having won the Indonesian Open Premier in 2014.

Ratchanok is currently ranked No 4 in the world and No 7 in the race to Olympics. Her world ranking is expected to improve after winning the the Malaysia Open.