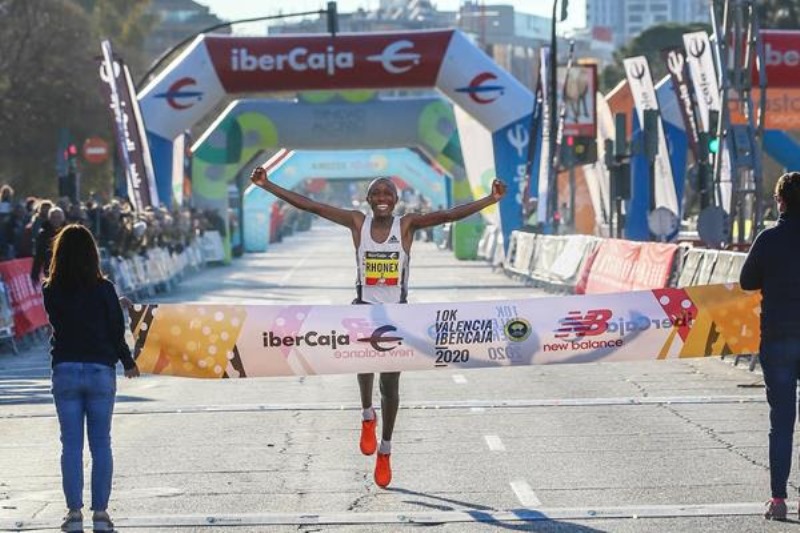 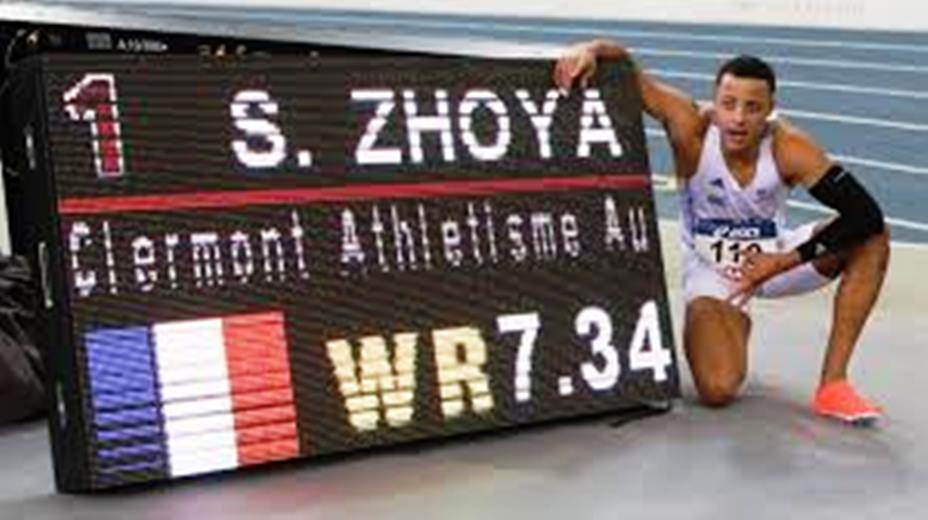 Kipruto’s world record marks came when winning at the 10k Valencia Ibercaja on 12 January. The world 10,000m bronze medallist from Kenya dominated the race, passing through 3km in 7:59 before dropping the last of his challengers.

The 20-year-old reached the half-way point in 13:18, four seconds inside the ratified world record of 13:22 set by Kenya’s Robert Keter in Lille on 9 November 2019. Despite running on his own for the second half, Kipruto increased his pace and covered the final five kilometres in 13:06.

“I’m over the moon,” said Kipruto, who is coached by Colm O’Connell. “When I clocked 26:46 in Prague in 2018, I set myself the target of breaking the world 10km record and today my dream came true.”

In Monaco on 16 February 2020, one month after Kipruto’s run in Valencia, Cheptegei clocked 12:51 over 5km, a mark that is pending ratification.

Sasha Zhoya’s run in the 60m hurdles (99cm height) on 22 February 2020 was the highlight of the French U20 Championships in Miramas.

But just 70 minutes later, Zhoya was back out on track and went even faster, winning in 7.34.

“This is the performance I wanted,” said Zhoya. “I was hoping to dip below 7.40, so I can’t be happier. The Miramas audience pushed me a lot; it is thanks to them that I beat the world record.”