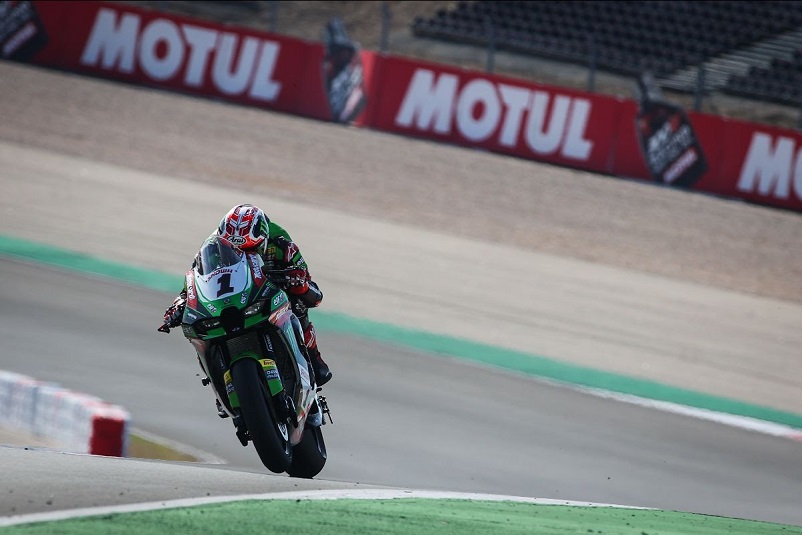 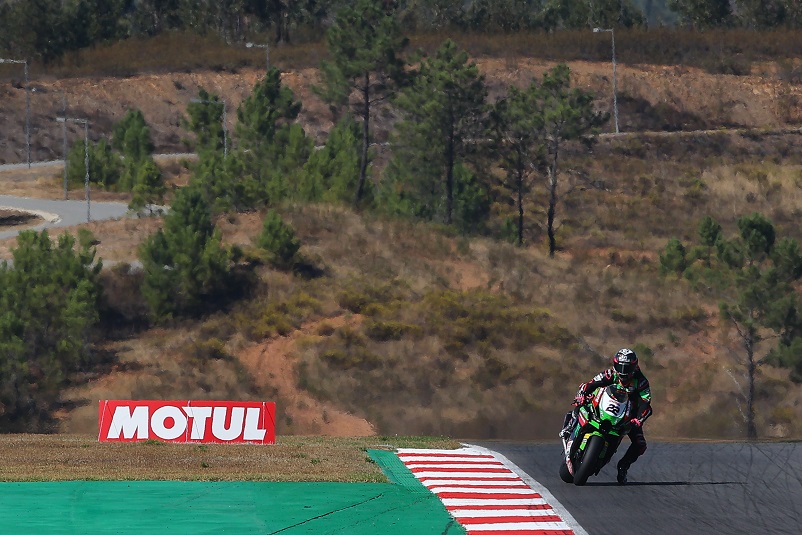 The 2021 MOTUL FIM Superbike World Championship season is in its closing stages as the final European round comes into view at the Autodromo Internacional do Algarve for the Motul Portuguese Round.

The Portimao track welcomes the next chapter of the Championship duel and day one saw the advantage go to Jonathan Rea (Kawasaki Racing Team WorldSBK), with the Ulsterman leading a Kawasaki 1-2 in Portugal.

It was a strong session for Jonathan Rea (Kawasaki Racing Team WorldSBK), as the master of Portimao topped FP1 on Friday morning before moving on to finish first again in the afternoon. Rea improved with less than six minutes to go to increase his advantage over the rest of the field, completing a solid opening day’s work. Teammate Alex Lowes was third in FP1, with both Kawasakis showing strongly in the cooler temperatures. Lowes improved his overall time in the last 20 minutes of the second session, meaning that he finished in second overall.

Finishing in third at the end of the first day and looking like his old self, Garrett Gerloff (GRT Yamaha WorldSBK Team) was up in third and back on the pace. The American rider was second in FP1 but was only pipped by Lowes in the overall classification come the end of the day. He led the Independent charge as Loris Baz (Team GoEleven) joined him in the top six overall in sixth.

The French super-sub, deputising for Chaz Davies, is right on the pace at the circuit where he returned to the podium at last year following a six year wait. Baz set 38 laps, more than anyone else in the top six, getting valuable track time with Ducati Panigale V4 R.

It was a very promising first day at the Portimao office for Honda, with Leon Haslam (Team HRC) one of the biggest improvers compared to the morning time. The ‘Pocket Rocket’ knocked off 1.2s from his morning time, running well inside the top three for the majority of the second half of the second session.

On the other side of the garage, the sun was also shining as Alvaro Bautista was up inside the top eight in FP2 and for most of the session, less than half a second from the top spot. Come the conclusion of the first day, Haslam finished in fourth overall, with Bautista in ninth.

It was a solid day for Yamaha as Toprak Razgatlioglu (Pata Yamaha with Brixx WorldSBK) got his weekend underway. The Championship leader, who sports a 20-point advantage, was fourth in the morning session and was consistently inside the top four in the afternoon.

Toprak set highly consistent lap times, with many laps all within a couple of tenths of his fastest time but ultimately, finished fifth. Teammate Andrea Locatelli had quite a quiet day in general, going about his business in the top eight and finishing the day in tenth overall.