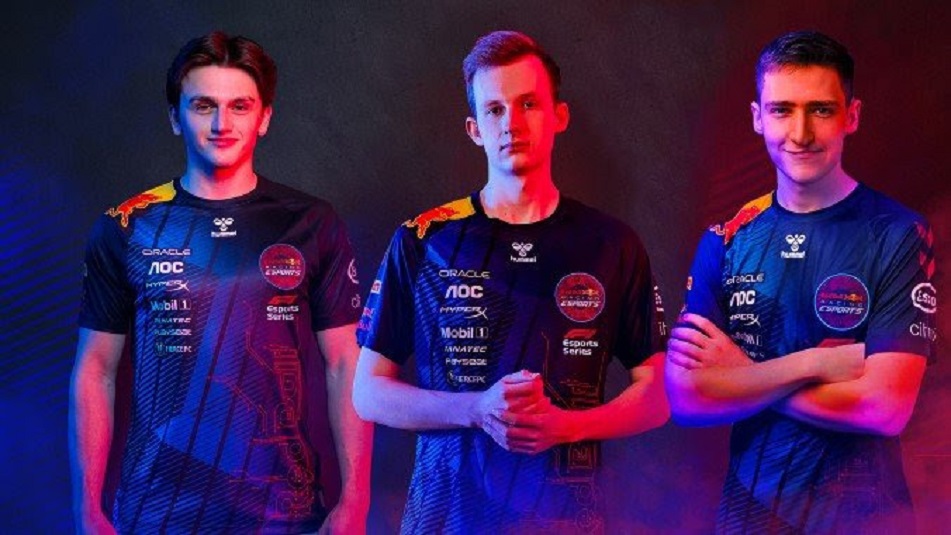 Last year’s runner-up Frede Rasumssen and third-placed Marcel Kiefer return with the aim to retain the title they won in 2020 and 2019. Also joining the pair  this season will be tournament debutant Liam Parnell. The 19-year-old Swiss driver has an F1 Pro Exhibition race win to his name, where he also collected the DHL Fastest Lap award.

Frede will be looking to go one better this year and is geared up for the competition, he said: “We are working hard every day to achieve our third Championship title in a row. It would be amazing to win and I believe we can do it again. It’s been great to welcome Liam to the Team too, he’s been very helpful with the set ups, I never realised how important that was until he joined. I’m also happy to be racing alongside Marcel again, he’s great to work with. I’ve enjoyed working as a Team to get faster on the track and push each other further. It would be amazing to win three times in a row and I believe we can do it.”

Marcel is looking forward to returning to the Team and wants to continue last year’s momentum. He said: “I’m so excited for this year’s F1 Esports Pro series, we won the Team title for the second time in a row last year so we are hoping to build on that momentum and make it a third! We have a new Teammate, Liam, who I think will add a new dynamic to the Team alongside Frede and I. This is my second year with Red Bull Racing Esports and I’m happy they put their trust in me again, a Team that I can happily call a family. We all want to win every single time so we will take it race by race and I will do everything I can behind the scenes with Frede and Liam to maximise our performance on the track.”

The latest member of the Red Bull Racing Esports Team, Liam added: “It’s amazing to be representing Red Bull Racing Esports, I never could have dreamed of this and I am so happy that I got this opportunity. Myself, Marcel and Frede have practiced a lot and we will try our hardest to defend the Team championship title, that’s our ultimate goal and I will do everything I can to support Frede and Marcel to get there. We are a talented Team, we need to believe in our abilities and show that we can be the best again.”

This season will be the first time the Team will be wearing their exclusive hummel teamwear, specifically created for Esports. Fans can get their hands on the bespoke Bull’s Esports gear through the Red Bull Racing website.

Each event will start with Free Practice for the first race, then Qualifying and a 35% distance race (compared to a Formula One race). This will then be repeated for the second and third races.

Round one of the 2021 season gets underway on 13-14 October and you’ll be able to catch all the action of F1 Esports YouTube, Twitch and Facebook channels.

Each event will take place over two days at some of the best-loved tracks on the Formula One calendar.

The full calendar is below: