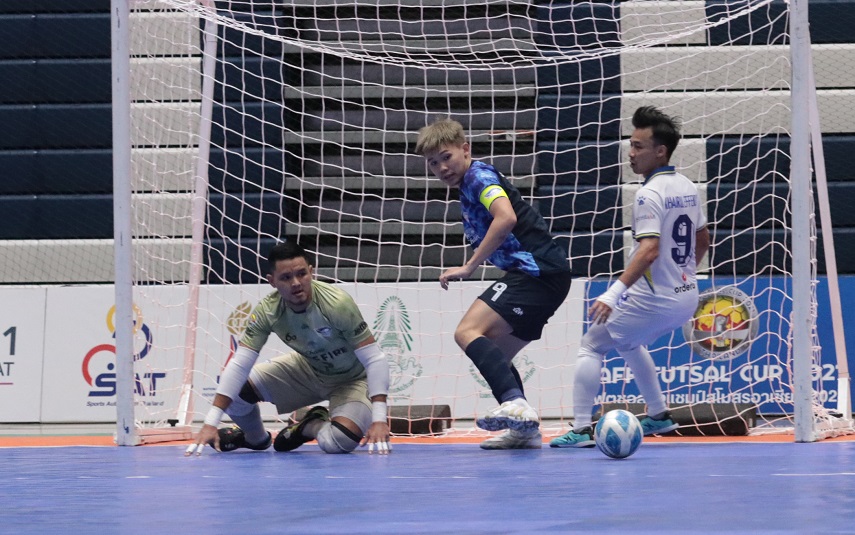 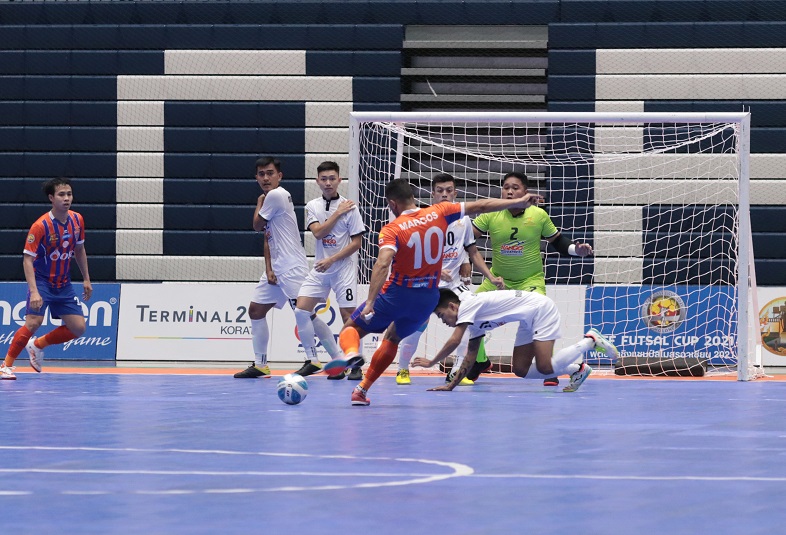 The stage is set for the decisive Freefire Bluewave Chonburi-Port FC clash tomorrow evening as both teams closed in on the AFF Futsal Cup title this year.

Following the round of matches in the penultimate stage of the championship today, Freefire blasted Pahang Rangers FC 10-1 as Port then whitewashed Mohahang All Star FC 6-0 in the second game of the day.

Joseph Khaosaard was on target for Freefire with a hattrick (9th, 17th and 40th minute) as Airton Oliveira Da Hora Brandao grabbed a brace off goals in the 6th and 16th minute.

Pahang Rangers managed their only goal of the game through Mohd Azrol Mohamad Hairun five minutes to the end.

In the meantime, Port were also on the winning trail when they hit Mohahang All Star with half a dozen goals.

A single goal in the second half off Sahasup Taweesuk in the 25th minute was enough to complete Port’s third win in a row.