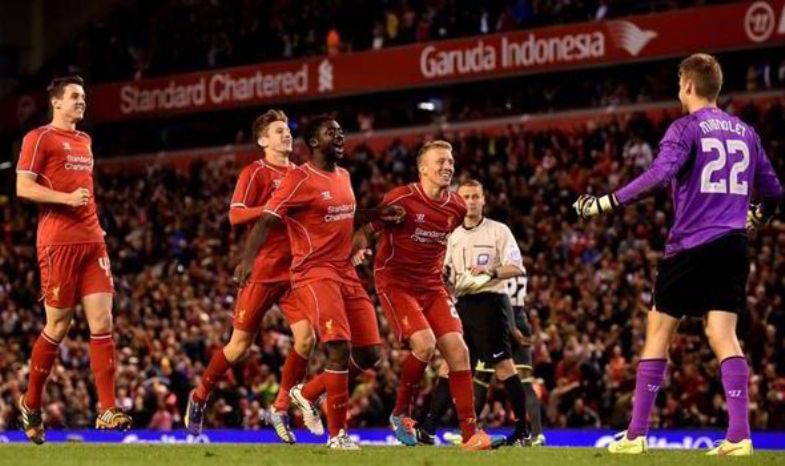 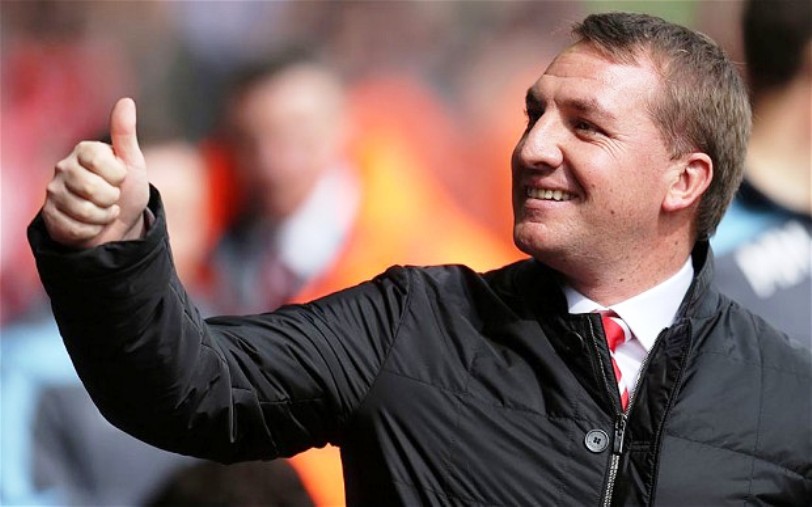 Brendan Rodgers says Liverpool will prove they have learnt from last season’s agonising defeat against Chelsea when they look for revenge against the Premier League leaders on Saturday.

Rodgers’s side blew their bid to win a first league title since 1990 when Steven Gerrard’s costly slip and Liverpool’s failure to prise open Chelsea’s rock-solid defence led to a 2-0 loss that effectively handed the English crown to eventual champions Manchester City.

With Jose Mourinho’s side back at Anfield for the first time since that heartbreaking result in April, Rodgers is sure his players will be wiser for the experience as they aim to get their spluttering campaign back on track.

Liverpool have taken just one point from their last two league games to sit seventh in the table, 12 points behind unbeaten Chelsea.

“We’ll have learned from that. This is a new challenge and obviously it will be a very difficult game for us,” Rodgers said.

“They are unbeaten and the strongest team at the moment in the league — that’s why they’re top. But for us playing at Anfield, regardless of the opponent, we have every confidence that we can go and get a good result.”

Rodgers sprung a major surprise in midweek with the team he sent out to play against Real Madrid in the Champions League, starting without captain Steven Gerrard and first-teamers Raheem Sterling, Mario Balotelli, Jordan Henderson, Glen Johnson, Dejan Lovren and Philippe Coutinho.

Liverpool’s unfamiliar side put up a decent fight before losing 1-0 to the holders and in the face of criticism about his selection –- including from Chelsea manager Mourinho -– Rodgers has remained unrepentant.

“There has been a bit of criticism that has gone about over the selection of the team, but I think that is a disservice to the team, and the players that played,” Rodgers said.

“I don’t look so much into it. Any criticism is part of what you must take as a manager. I just felt it was unfair on the players.

“To call Kolo Toure a reserve, or Lucas Leiva, or Adam Lallana is unfair. Those boys put in great performances on the evening.

“It doesn’t affect me, whether it is good or bad. I know in my heart that I always make decisions here that are in the best interests of Liverpool Football Club.”

Meanwhile, Chelsea midfielder Nemanja Matic has stoked the tensions between these bitter rivals by reawakening memories of his side’s triumph at Anfield.

Their cautious gameplan in that game drew criticism at the time from Rodgers, who accused Mourinho of adopting an overly defensive approach.

But Matic, the goalscorer in Chelsea’s 1-1 Champions League draw at Maribor in midweek, insisted last season’s result reflected badly on Liverpool because the Blues have broken down many stubborn opponents in the past.

“Many teams this season have tried to park the bus in front of the goal against us, but we win,” Matic said.

“It’s not easy. If you defend, you have to know how to defend. In that game we showed we have quality.

“Nobody’s happy when you lose a game, and they weren’t happy after that match.”

Matic’s team-mate Branislav Ivanovic warned Chelsea could leave Anfield empty-handed if they fail to improve on their performance in rather lacklustre Maribor.

“Last season was completely different from this one. It was three games to go, they were fighting for the title and they wanted to win -– they struggled in a must-win,” he said.

“Now it is different. We are top of the table, we are going there knowing it will be difficult, but also that our team knows how to win there.

“It’s one of the massive, crucial games for us and for this kind of game you always have to find extra motivation.

“The Maribor game is a reminder we must maintain standards. We cannot relax.” – Agence France-Presse