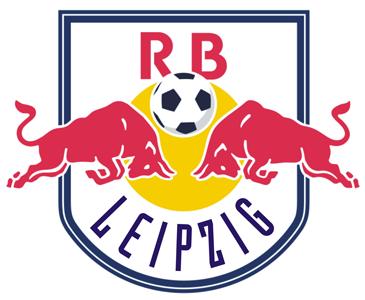 Having inspired a series of Formula One world titles, Austrian energy drink giant Red Bull is now aiming to lift RB Leipzig all the way from Germany’s regional leagues to the Bundesliga.

Since the company founded RasenBallsport Leipzig and pumped in millions of euros in sponsorship, three promotions have followed in five years.

With Germany’s capital celebrating the 25th year anniversary of the fall of the Berlin Wall, East Germany could have a football club back in the Bundesliga next season with RB Leipzig currently third in the second division.

“A few years go by so quickly, but eventually it will happen,” the 70-year-old billionaire told SID, an AFP subsidiary, when asked if winning the Bundesliga is realistic.

In the meantime, he wants Leipzig to reach the top tier to challenge the likes of recent German title-winners Bayern Munich and Borussia Dortmund.

“If we did not want that at some point, then we might as well hang up our boots,” he insisted.

“To talk about promotions as a foregone conclusion would be absurd, but you need ambitious goals and it wouldn’t be a bad thing if we get in the first division as soon as possible.”

Currently in the Germany’s second tier, RB Leipzig is bidding to become the first club from the former German Democratic Republic in the top flight since Energie Cottbus were relegated in 2009.

The RB Leipzig story began just five years ago when Red Bull bought amateur club SSV Markranstaedt, who were languishing in the fifth division, after first considering other clubs.

The name change by-passed the German Football Association (DFB) rule which prohibits teams being named after a sponsor and the unusual RasenBallsport (grass ball-sport) moniker allows the team to be known as RB Leipzig for short.

Big-money sponsorship of Bundesliga teams is nothing new with Hoffenheim, who were promoted in 2008, backed by software billionaire Dietmar Hopp.

Likewise, VfL Wolfsburg have car manufacturers VW Volkswagen behind them and Bayer Leverkusen are sponsored by drug manufacturers Bayer.

RB Leipzig are well placed to be in contention for promotion next May and already has a World Cup-standard stadium.

RB Leipzig’s budget of around 30 million euros, with a reported similar figure being invested in a training centre, means they are a force to be reckoned with in Germany’s second tier, where teams have an average budget of between 15 and 20 million euros.

But the rise of the heavily-backed and branded club has received mixed reactions in Germany.

On one hand, a former East German club back in the Bundesliga paints a romantic picture of a “Beacon of the East” according to Leipzig’s managing director Ulrich Wolter.

On the other, Red Bull’s considerable investment does not sit comfortably with their Bundesliga rivals.

In Germany, there is the “50 + 1” rule, which means every club must have a controlling stake to prevent commercial interests from taking control.

Wolfsburg and Leverkusen are exempt as they were founded as factory teams.

While RB Leipzig’s management board was elected by club members, it is heavily influenced by Red Bull, which has drawn criticism from the German media.

And a group of their second-division rivals, with Berlin’s FC Union most vocal, have already protested by forming a “Nein zu RB” (No to RB) campaign.

Union’s 2-1 win against Leipzig in Germany’s capital in September was marked by a 15-minute silent protest and with the majority of the home fans dressed in black, the match felt like a funeral.

Football magazine 11Freunde described Leipzig’s rise as a “resounding slap in the face to football‘s culture” and they are not alone in that opinion.

“People are afraid, nobody wants to mess with Red Bull.”

Leipzig’s rise hits a nerve with German football fans who see the team as the product of a “marketing machine”, according to sports marketing specialist Peter Rohlmann.

“But this is a very big risk: if the money disappears, so does the club.” – Agence France-Presse