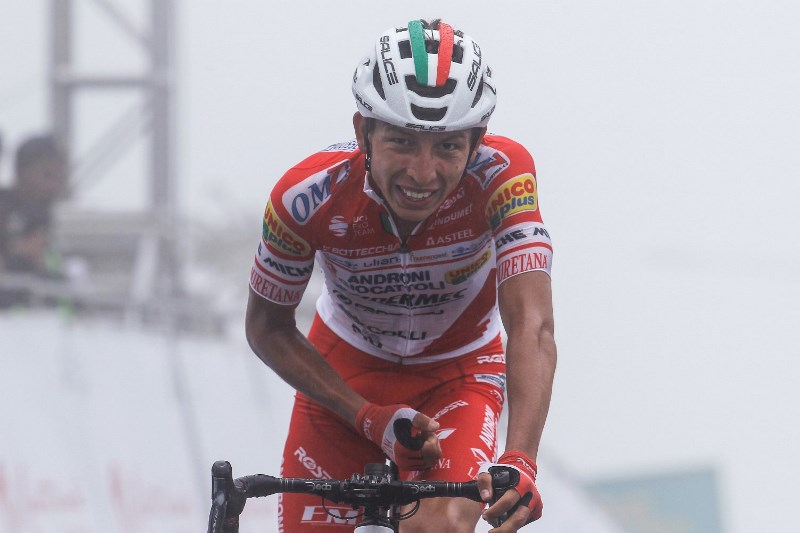 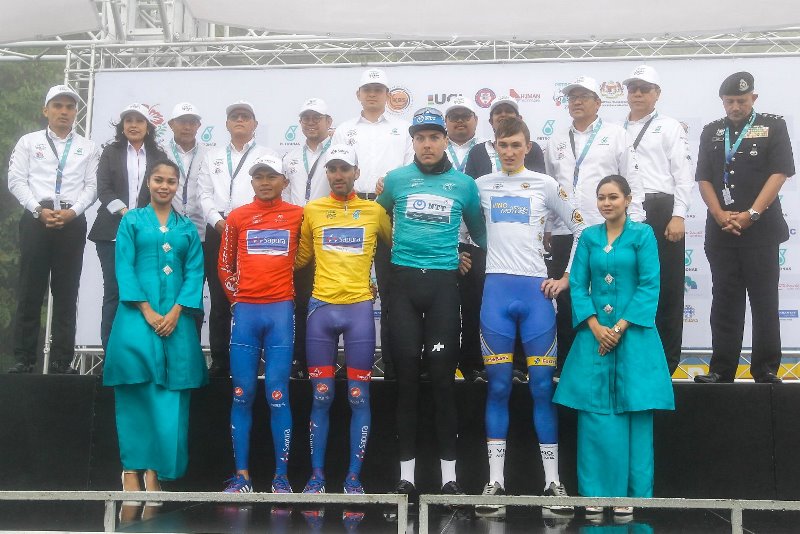 Kevin Rivera created history as the first Costa Rican stage winner but it was Team Sapura Cycling’s Danilo Celano who emerged the biggest winner after taking the yellow jersey in the queen stage of the PETRONAS Le Tour de Langkawi 2020 in Genting Highlands today.

Rivera, 21, from the mountainous Cartago region in Costa Rica, bagged the win after going solo inside the final kilometre, dropping Italian Celano after the pair had teamed up at the foot of Genting to chase down sole leader Artem Ovechkin of the Terengganu Inc-TSG team after the 2018 winner had launched a solo attack to tackle the gruelling climb on his own, as he did en route to his victory two years ago.

Rivera finished the 156.1km stage that began in Putrajaya just 15 seconds ahead of Celano, an early season signing for Sapura from the Amore e Vita-Prodir team, who finished with a 30 seconds lead in the general classification over previous leader Yevgeniy Fedorov of Vino-Astana Motors.

Ovechkin finished third, 43 seconds behind the winner and moved up to third in the general classification with a 35 seconds deficit to Celano.

Celano, 30, is firmly in place for a repeat overall title for Sapura after Australian Benjamin Dyball bagged the victory for them last year, while the Malaysian outfit also moved into the teams classification lead.

Fedorov, 19, who took the overall lead after his stunning opening day breakaway victory, retained the white jersey as the leader of the Asian riders’ classification, whoile Sapura’s Malaysian youngster Nur Aiman Zariff retained the red jersey as the leader of the mountains classfication with 30 points, looking good to emerge as the first ever Malaysian to win that classification in the race with a 15 point lead over Rivera who moved into second.

“I started the tour very badly with illness. But I recovered and I saved energy for today’s stage. It’s a beautiful win because it’s a very hard climb. The remaining stages are for the sprinters so I’ll help my teammates as much as they helped me today,” said Rivera. 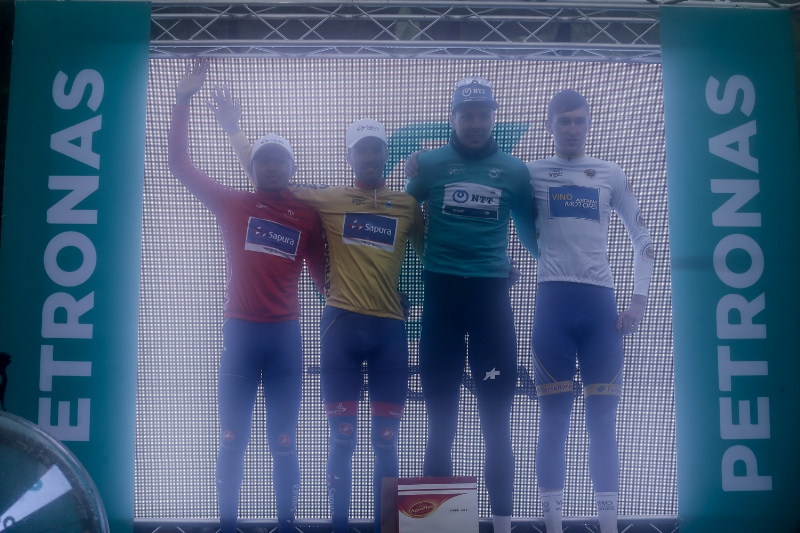 Celano said the yellow jersey was down to a team effort in preparation and in executing the race plan.

“I’m very happy with this jersey. The whole team, the staff, put in great effort to make this happen. In the race, Aiman was in the breakaway to take the red jersey. For both jerseys it has been a great team effort,” said Celano.

“We hope to keep the yellow jersey until the end as we started LTdL with this goal.”

For Nur Aiman, it was a matter of registering some points in the four earlier categorised climbs to consolidate his lead in the mountains classification, which went according to plan.

“The plan was to go in the early breakaways to take points to try and keep this jersey,” he said.

Stage 5 tomorrow will cover a 165.8km route from Kuala Kubu Baru to Ipoh, which sees a comfortable downhill stroll in the earlier part of the race which is then marked by three intermediate sprints and with no categorised climbs, Team Sapura Cycling will have one less worry about the red jersey on Nur Aiman’s back and focus on the protection of Celano’s overall lead.