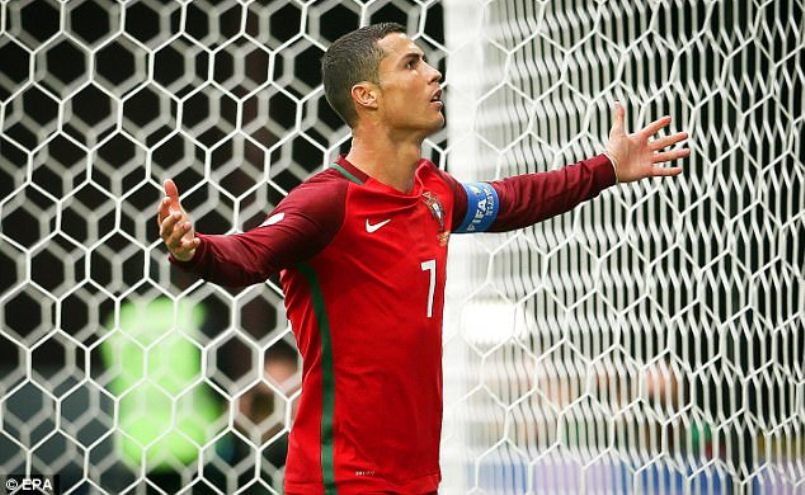 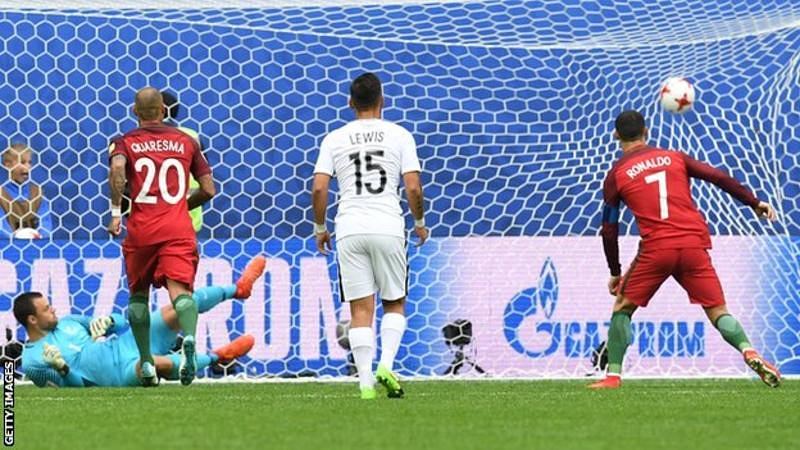 Cristiano Ronaldo scored his 75th international goal as Portugal trounced New Zealand 4-0 in Saint Petersburg on Saturday to advance to the semi-finals of the Confederations Cup.

The Real Madrid star struck from the penalty spot on 33 minutes to fire the European champions in front before Bernardo Silva turned in a second goal four minutes later.

Andre Silva added a third on 80 minutes before Nani completed the rout in stoppage time to ensure Portugal progressed to last four as winners of Group A, finishing above Mexico on goal difference.

“We knew it could be complicated because we had seen New Zealand play Mexico and the problems they caused the Mexicans,” said Portugal coach Fernando Santos.

“I thought we played well in many parts of the game; in others, not so well. Overall though, it was a fair victory.

“But I think the New Zealand team should have scored a goal — they deserved one.”

“We started the game really well, and were the stronger of the two teams,” said Hudson.

“But we had a period in that first half when we allowed them to come into the game and gave ourselves too much to do to get back into it.”

Mexico eliminated hosts Russia with a 2-1 win in Kazan to join Portugal on seven points, with Santos’ side to face the runners-up of Group B on Wednesday for a place in the July 2 final.

Copa America holders Chile lead Germany on goal difference ahead of the final round of matches in Group B, although Australia and Cameroon still harbour outside qualification hopes.

Santos fielded an attacking line-up packed with experience and resisted the temptation to rest Ronaldo with Portugal still requiring a point to qualify and vying with Mexico and Russia for top spot.

Ronaldo twice threatened the New Zealand goal in quick succession, nodding straight at goalkeeper Stefan Marinovic on 24 minutes and then clattering the crossbar shortly after with another header from a Ricardo Quaresma cross.

But the Portugal captain made no mistake after Danilo was wrestled to the ground in the area by a combination of Tom Doyle and Tommy Smith following a corner.

Ronaldo buried the resultant penalty beyond Stefanovic to draw level with former Hungary great Sandor Kocsis and within nine goals of the legendary Ferenc Puskas’ European record of 84 at international level.

Portugal swiftly doubled their lead when Eliseu’s dangerous low cross from the left was forced home by Silva, although there was brief concern for the new Manchester City signing as he landed awkwardly on his ankle.

New Zealand skipper Chris Wood nearly grabbed a lifeline for the All Whites on the hour, but his back-post effort was scrambled off the line by a combination of Rui Patricio and Bruno Alves.

Ronaldo could have added to his tally when he climbed to meet a Nelson Semedo delivery, his header scooped away by Stefanovic who then stood tall to superbly deny Andre Silva.

Santos withdrew Ronaldo on 67 minutes with the semi-finals in mind, and his replacement Nani nearly struck within moments of his introduction only for Stefanovic to brilliantly tip behind his deflected shot.

Silva finally provided Portugal with further breathing space 10 minutes from time as the AC Milan-bound striker ran at the Kiwi defence before drilling into the roof of the net.

Former Manchester United winger Nani then drilled in a fourth in injury time, with Portugal now having lost just one of their last 23 competitive fixtures. – Agence France-Presse