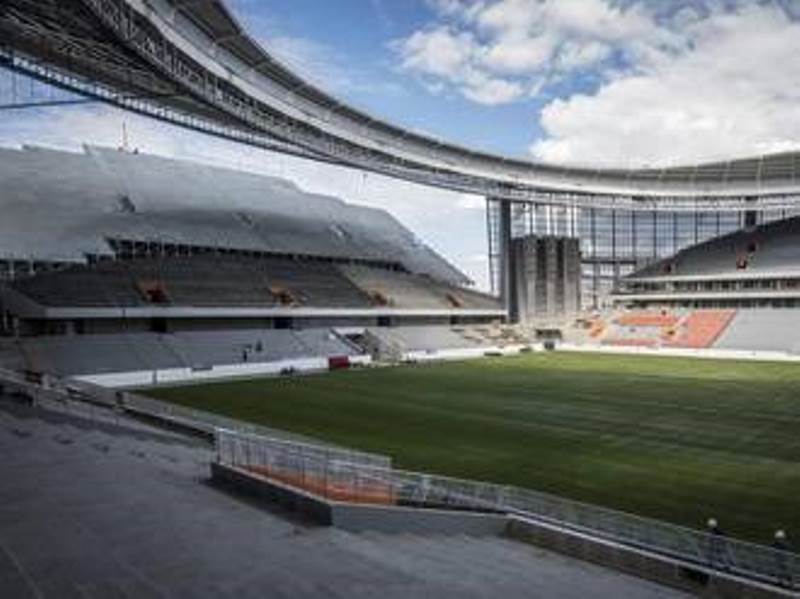 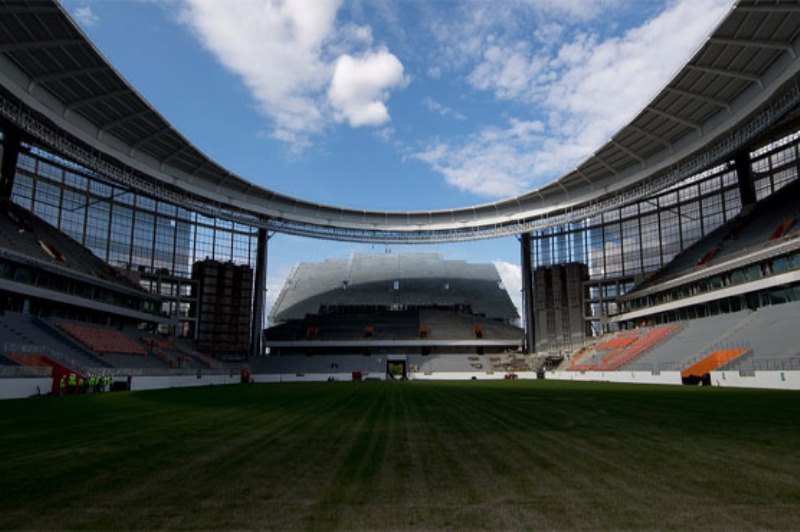 How does it feel to be on the outside looking in?

Football fans visiting Yekaterinburg in the Russian Urals for the 2018 World Cup will find out when they get seated in one of two temporary stands that fill empty plots of land next to the arena — originally too small to fit FIFA rules.

Openings at each goal end of the stadium’s facade offer a remote view of the pitch but no protection from the sun or rain.

And those unlucky enough to only get tickets for the extensions’ upper-most rows will stare out directly at the outer edge of the refurbished Yekaterinburg Arena’s circular roof.

The UK’s perplexed Guardian newspaper suggested the entire ensemble might have come from “outer space” while USA Today screamed that it “couldn’t look any scarier”.

All of which has left the construction company behind the 42-metre-tall (138-foot-tall) extensions sounding somewhat bemused.

“In addition, you can see a beautiful panoramic view of Yekaterinburg itself since the stadium is in a central part of the city.”

He added that the whole seating section is protected by “tall railings” to make sure no one falls off.

The additions will make Yekaterinburg Arena into a 35,000-seater that will shrink back down in size to 23,000 once the stands are dismantled when all the tourists go home.

The world media’s sceptical gaze fell on the 60-year-old stadium once it was selected as the eastern-most venue of the 12 hosting the marquee June 14-July 15 event.

The Kremlin wanted to show off Russia’s cultural diversity and settled on Yekaterinburg — the mining capital of the tsars in which the late president Boris Yeltsin built his career.

The unassuming industrial home to almost 1.5 million people has a team that played middling football in the Soviet era and most recently won promotion to the Russian Premier League in 2013.

It is safe to say that its 27,000-seat stadium suited the needs of a club that has gone through many incarnations and is currently called simply Ural.

Four were scheduled for Yekaterinburg and Russia had a problem.

Sinara-Development said it also could not simply rebuild the entire arena because it was listed as a cultural heritage site that needed to be preserved in its original form.

Football’s world governing body not only agreed but applauded the unique way Yekaterinburg worked its way out of a potential mess.

“Temporary seats are being installed in order to ensure that the renovation work would conserve the historical facade of the stadium and that maintenance costs are reduced after the World Cup,” a FIFA spokesman told AFP.

These will stay in place for posterity’s sake.

The FIFA spokesman also brushed aside any safety concerns.

“Inspection visits and detailed reports have shown that the temporary seats in the Yekaterinburg Arena fully comply with all safety and security requirements,” he said.

Ufimtsev said the stadium was “90 percent ready” and would be completed by the end of the year. – Agence France-Presse