Home 2022 Safiyya aims to return with a bang 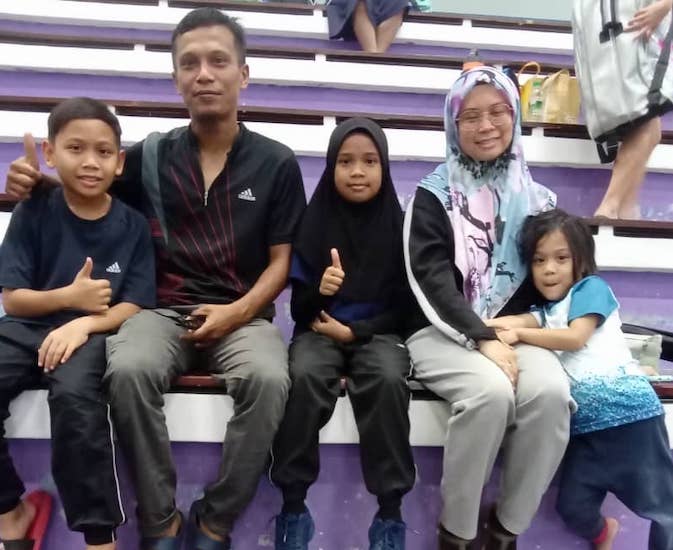 Nur Safiyya Faizan Azwan has a strong desire to represent the country in badminton, fulfilling her ambition of becoming a scientist.

“These are my two main targets in life,” said the 10-year-old Safiyya who studies at SR Islam Al-Masriyah in Bukit Mertajam, drawing a sheepish smile.

“Today I lost 5-30 to Covy Yeoh who is older, taller, and faster than me on the court,” said Nur Safiyyah. “This is my first tournament, not including the school’s events,” she added.

“I hope to be ready for next year’s challenge in this tournament. I will train harder.,” said Safiyya who is hardly perturbed at all at her defeat.

Her father Faizan and mother Norsuhaila Abu Bakar are both excited at the prospects of their daughter and son Muhammad Firdaus Salimi competing in AJBC and hope the championships are held again next year.