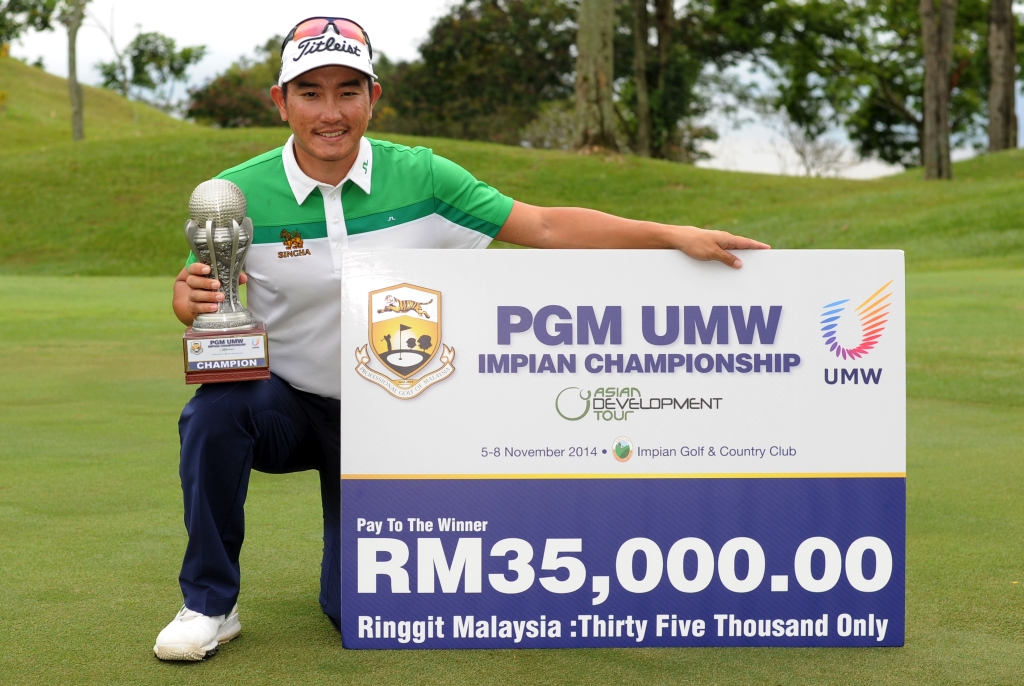 The RM200,000 (approximately US$60,000) ADT event, which was affected by several suspensions due to inclement weather throughout the week, had earlier been reduced to 54-holes by tournament officials.  The third and final round, scheduled to resume at 9.30am local time, was delayed by two-hours on Saturday morning due to persistent rain.

Sattaya compiled a three-day total of 15-under-par 201 to win by two shots over Ben Leong of Malaysia, who signed for a 67, at the Impian Golf and Country Club.

Malaysia’s Airil Rizman settled for third place on 205 following a 67 while Arie Irawan, also of Malaysia, recorded the day’s lowest score of 66 to share fourth place with American Casey O’Toole (68) and Thailand’s Annop Tangkamolprasert (69) on 207.

Chinese Taipei’s Chan Shih-chang, placed second on the Order of Merit, failed to topple Thailand’s Pavit Tangkamolprasert on the top of the merit rankings as he closed with a 69 to share seventh place with local veteran R. Nachimuthu on 208.

Pavit, who signed for a closing 70 to finish tied-29th, remained on top of the money list where he now leads by a mere US$252.

“I am very happy because this win will secure my place in top-five on the merit rankings now. The conditions have been tough, especially having to stop and restart our rounds so many times. Having a strong mindset is really important in situations like this. I told myself to stay patient and focused out there. I’m glad it worked out well for me,” said the 30-year-old Thai.

“That top-10 finish on the Asian Tour gave me a lot of confidence. It shows that I am able to compete against the top players in the region. I’m looking forward to playing on the Asian Tour in the next couple of weeks,” added Sattaya, who mixed his card with six birdies against a lone bogey.

Leong, a one-time winner on the Asian Tour, capped a flawless back nine highlighted by two birdies and one eagle to mark his best finish on the ADT this season.

“It has been a good week for me. I couldn’t expect more. I’m actually surprised with my score. It’s been good since returning to competitive golf, having secured one win on the domestic Tour and a second-placed finish this week.

“I’ll be playing a couple more events on the local Tour before heading to the Asian Tour’s Qualifying School early next year. Hopefully I can keep up my momentum,” said the 28-year-old Malaysian, who sat out the entire 2013 season due to a back injury.