Home 2021 Schwantz on Rossi: “He’s still got some fight left in him” 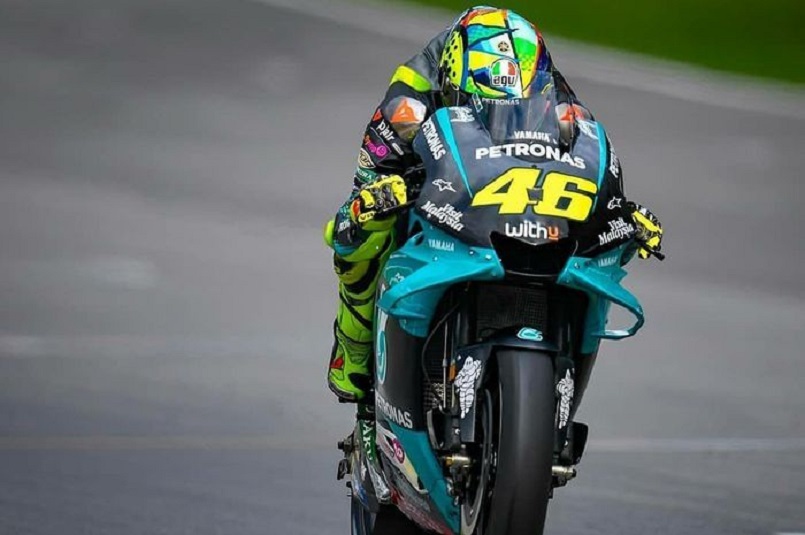 MotoGP™ Legend and 1993 500cc World Champion Kevin Schwantz firmly believes that Petronas Yamaha SRT’s Valentino Rossi “still has some fight left in him”, despite a difficult start to the 2021 MotoGP™ World Championship. The Doctor has just four points to his name after the first four rounds of the year, the worst start to a campaign in his illustrious Grand Prix career.

It’s also the first time in his 21-year premier class career that he’s failed to taste podium success at least once in the opening four races of a season, something Schwantz admits is “concerning”. However, speaking to Autosport.com, the number 34 is confident the nine-time World Champion still has it in him to spring a surprise or two throughout the year.

“I’m concerned about the 46,” started the Texan. “I don’t like seeing him race that far back. It seems like he qualified a little bit better in Qatar but then he really struggled in Portugal and Jerez and not making any great advances in the race like he used to. Maybe it’s just his comfort level is not there with the bike, maybe there’s something new that Yamaha’s got that’s made the factory Yamaha’s bike better and maybe Rossi is last on the pecking order to get it. So, who knows? I’m sure the 46 still has some fight left in him.”

“No,” replied Schwantz when asked whether he believes Rossi appears to be enjoying his racing at the moment. “And, as a rider, it’s one of the most difficult things ever. I remember the first few races of 95, not qualifying great, finishing back in the field, not fighting for a podium or a win like I was used to. As a rider, it’s really hard on you. Racing is fun because we all love winning and when the opportunity to win is not there, racing’s really not that much fun anymore. So, I don’t know what the answer is.

“I would have thought maybe getting to Europe, maybe not so much Portugal as much as Jerez, getting to a track he knows, he’s raced at and has won races at that maybe that was going to help him get back on his feet. But it’s definitely a struggle for him right now.” – www.motogp.com