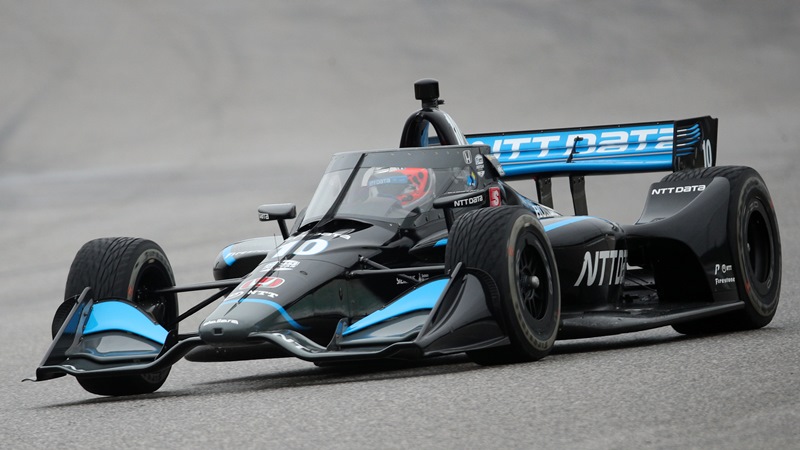 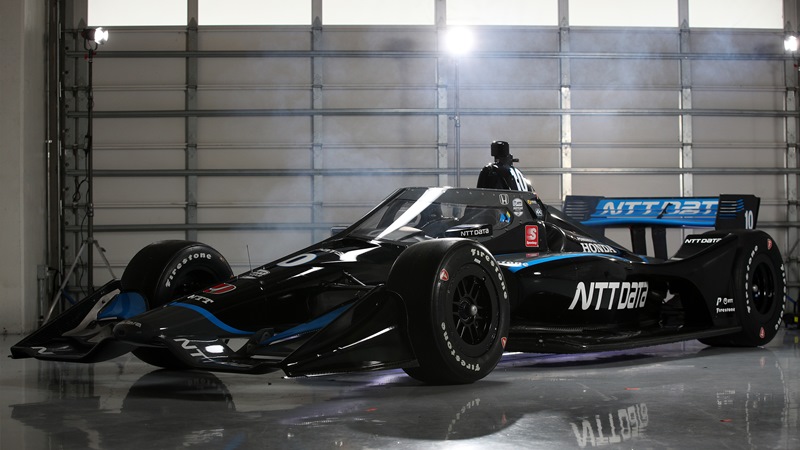 The first open test of the 2020 IndyCar season took place at COTA this week with the Red Bull Advanced Technologies Aeroscreen catching the eye on its full field debut.
With the start of the 2020 NTT IndyCar season only a month away, the Circuit of the Americas held the first open testing session of the new year, with 27 drivers using 25 cars to complete 1,480 laps of the 5.513km road course across the two-day test. The major talking-point of the occasion was the full debut of the Aeroscreen head protection system, developed by Red Bull Advanced Technologies.
The Aeroscreen has been tested before, most notably with IndyCar champions Scott Dixon of Chip Ganassi Racing and Will Power of Team Penske giving the titanium-framed screen a shakedown at the Indianapolis Motor Speedway last year. This session was, however, the first opportunity for the full field to sample the device, and the Aeroscreen performed admirably.
“The first on-track test with all 25 cars here at COTA has been very positive,” says Andy Damerum, Red Bull Advanced Technologies Commercial Development Officer. “The Aeroscreen is working well and the driver feedback around visibility in a variety of weather conditions has been excellent so far. We are always learning and evaluating, so hearing comments from all drivers in the series is an important part of the development process. The key objective from the outset of this project was to increase driver safety without reducing visibility or significantly changing the driver experience. I feel proud that Red Bull Advanced Technologies and IndyCar have achieved this objective together and we look forward to seeing the Aeroscreen in action at the first race of the season in St. Petersburg.”
Similar in intention to Formula One’s halo device (and originally created as part of the same design study), the purpose of the Aeroscreen is to protect the head and upper torso of drivers competing in open-cockpit series’. Tuned to the specific requirements of IndyCar, it has been developed to function effectively on both oval speedways and road courses.
“Overall I think it is very positive. I felt really safe and protected and the visibility is better than I expected,” said Rahal Letterman Lanigan driver and 2017 Indy 500 winner Takuma Sato commented, “The experience was very interesting and quite cool actually but very different from anything I have driven before.  It was a lot quieter with no air moving inside the cockpit!”
On a cold week in Austin, the Texan weather wasn’t particularly helpful to the teams on test, but perfect to assess the Aeroscreen, with rain falling at various times. The Aeroscreen had to deal with both the falling rain, and also the spray kicked up by traffic. Afterwards drivers gave a generally favourable report on how it functioned in those conditions.
“So far, so good. The Aeroscreen has been no issue,” said Rahal Letterman Lanigan driver Graham Rahal. “Visibility is great. I followed someone through a puddle and actually a ton of water came up on the Aeroscreen and it dissipated immediately. Better than what we would have experienced before this.”
“Even with the puddles and the dirt and all the other stuff that’s been on the Aeroscreen today, I haven’t felt like I lost any significant vision,” added AJ Foyt Racing’s Charlie Kimball.