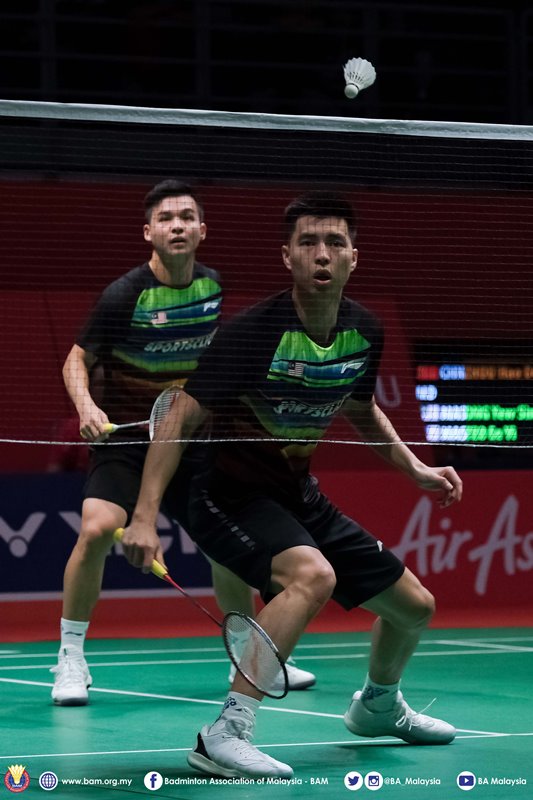 Malaysia savored a 4-1 win over India to top Group B in the Badminton Asia Manila Team Championships at the Rizal Memorial Coliseum in Manila on Thursday and will play Korea in the quarter-finals on Friday.
Team manager Wong Choong Hann was surprised with the victory margin and credit to the team for the splendid win that was carved out with guts and determination against the strongly favored Indians led by former world No 1 K. Srikanth.
And Srikanth won the only point for India – defeating Cheam June Wei in a 57-minute three-game thriller  14-21, 21-16, 21-19.
”It could have been a clean sweep but still, June Wei gave a good account of himself against Srikanth. Srikanth used his experience to get the win. I am happy with June Wei’s overall performance,” said Choon Hann.
Lee Zii Jia gave Malaysia a flying start with a straight-game 21-18, 21-15 win over B. Sai Praneeth in 38 minutes.
Malaysia’s number one doubles pair Aaron Chia- Soh Wooi Yik walked away with a 21-18, 21-15 win over scratch pair M.R. Arjun-Chirag Shetty for the second point before Srikanth pulled one back for India.
Professionals Ong Yew Sin-Teo Ee Yi came on court for the first time since the championships got underway and the newly crowned Thailand Masters champions needed only 27 minutes for Malaysia’s third point – taking the match in 14 and 14 against another scratch pair Dhruv Kapila-Lakshya Sen.
Former national and Asian junior champion Leong Jun Hao completed the rout when he outplayed H.S. Prannoy 21-10, 21-15 in 34 minutes. – BY RIZAL ABDULLAH