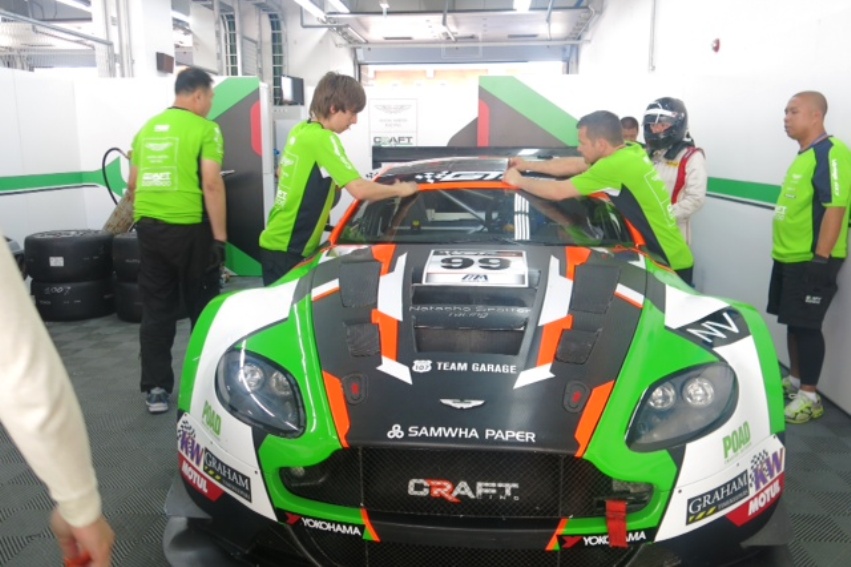 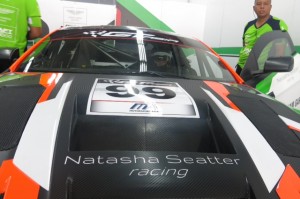 Asia’s number one female race driver, Natasha Seatter, has teamed up with one of Asia’s most successful GT teams, Craft-Bamboo Racing, for the season opener of the GT Asia Series at the Korean International Circuit.

Natasha, driving in car #99 with Korean driver Tacksung Kim, speaks of her debut race in the GT Asia Series,“I’m extremely excited about racing in the opening round of the GT Asia Series in Korea for Craft-Bamboo Racing. GT Asia is a new direction for me and I find that I am enjoying the experience.

“The team is great and my teammate, Tack, is a good driver and we get along pretty well. It is just our first day but we are doing quite well and we are looking optimistic of the weekend”.

This will be Natasha’s first stint in the Aston Martin Vantage GT3 and already the outlook is positive. Craft-Bamboo Racing is an Internationally run team with experience in the GT Asia Series, World Endurance Championship, Asian LeMans Series, World Touring Car Series and have participated in numerous endurances races around the world.

“Frank’s call came to me as I was preparing for the race in the Malaysian Super Series and I quickly jumped at the chance to race with them, which means getting on a plane to Korea as soon as our race ended in Malaysia” said Natasha.

Craft-Bamboo will have a second Aston Martin Vantage GT3, #97, driven by the pairing of Hong Kong’s GT driver, Frank Yu and Australian V8 driver, Warren Luff.  Yu, speaking for the team says “I’m very excited to have Natasha join our team, I’ve known her for a number of years since her Formula BMW days and have seen her mature into a top notch driver she is today.

“Our team is in full support of women in motorsports and Natasha is the second driver to come through our team after Swiss driver CyndieAllemann who we worked with a couple years back with great success . Natasha will be teaming up with local Korean hero Tacksung Kim this event and we trust the pair will be a very competitive force to be reckoned with” ended Yu.

Natasha has been practicing on the simulator prior to coming to Korea in preparation for the race and was straight to the circuit as she arrived, along with the other drivers for a briefing. She hopes that the GT Asia Series will be a good chance for her to further pursue a career in GT.