Home Football Selangor players yet to get their salary 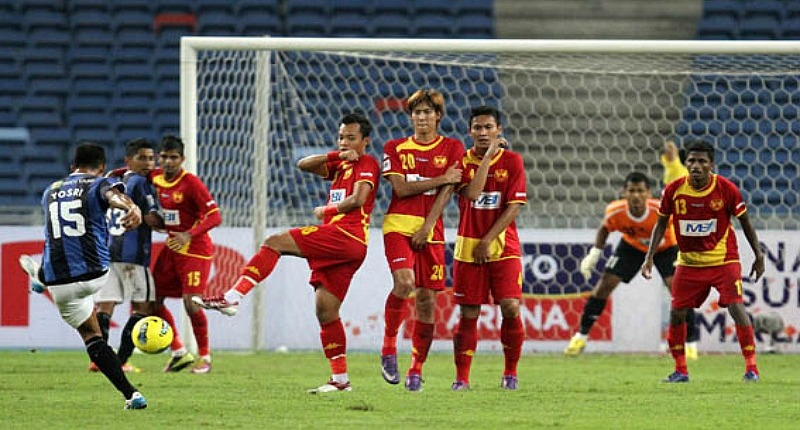 * Big defeat to Felda United as sign of protest

* Players unhappy with management for ignoring their welfare

All is not well with Selangor – one of the best known football clubs in the country better known as the Red Giants. This is reflected in the 4-0 hammering at the hands of Felda United in a first-leg Malaysia Cup quarter-final match at the Shah Alam Stadium – long considered Selangor’s fort in football.

A high ranking Selangor FA source said “it is not surprising to lose big to Felda” when commenting on the bashing in front of their fanatical home fans on a night when Selangor’s Brazilian ace Paulo Rangel was rendered hopeless and well shackled by Felda United’s evergreen skipper Shukor Adan who has earned a national call-up for his exploits on the field.

“The players have not been paid their salary. The writing has been on the wall. You must not forget that everyone has a family to care for and football is their livelihood,” he said.

Selangor suffered one of their most humiliating and embarassing defeat in the Malaysia Cup competition when newly promoted Felda United thrashed the Red Giants 4-0 at the Shah Alam Stadium on Friday. The huge defeat has virtually killed Selangor’s semi-final hopes with Felda United taking a healthy a four-goal away cushion for this Friday’s return-leg at the at the Selayang Stadium.

Unless Selangor can pull off a miracle this Friday, the Red Giants are headed for another season without a silverware to show. Selangor finished runners-up to Johor Darul Takzim in the Super League this season.

The hero for Felda United on Friday was none other than their Zambian-born Australian striker Ndumba Makeche who fired a hattrick with goals in the 22nd, 84th and 86th while Liberian hitman Edward Junior Wilson got one on 45 minutes.

While Selangor coach Mehmet Durakovic was left shell shocked with the result at the Shah Alam Stadium his Felda United counterpart Irfan Bakti, a former Selangor coach himself, was full was also surprised with the victory margin.

“The most I expected a draw or a narrow win…but the 4-0 margin is a real surprise. However, I did play my cards well and paraded Wilson and Makeche as twin strikers instead of playing a lone striker for away matches.

“However, we are not getting carried away with the big win. There is another half of the battle to be won and we have to be wary of the backlash from Selangor. The Red Giants are a very experienced side and they have the players to win matches,” warned Irfan.