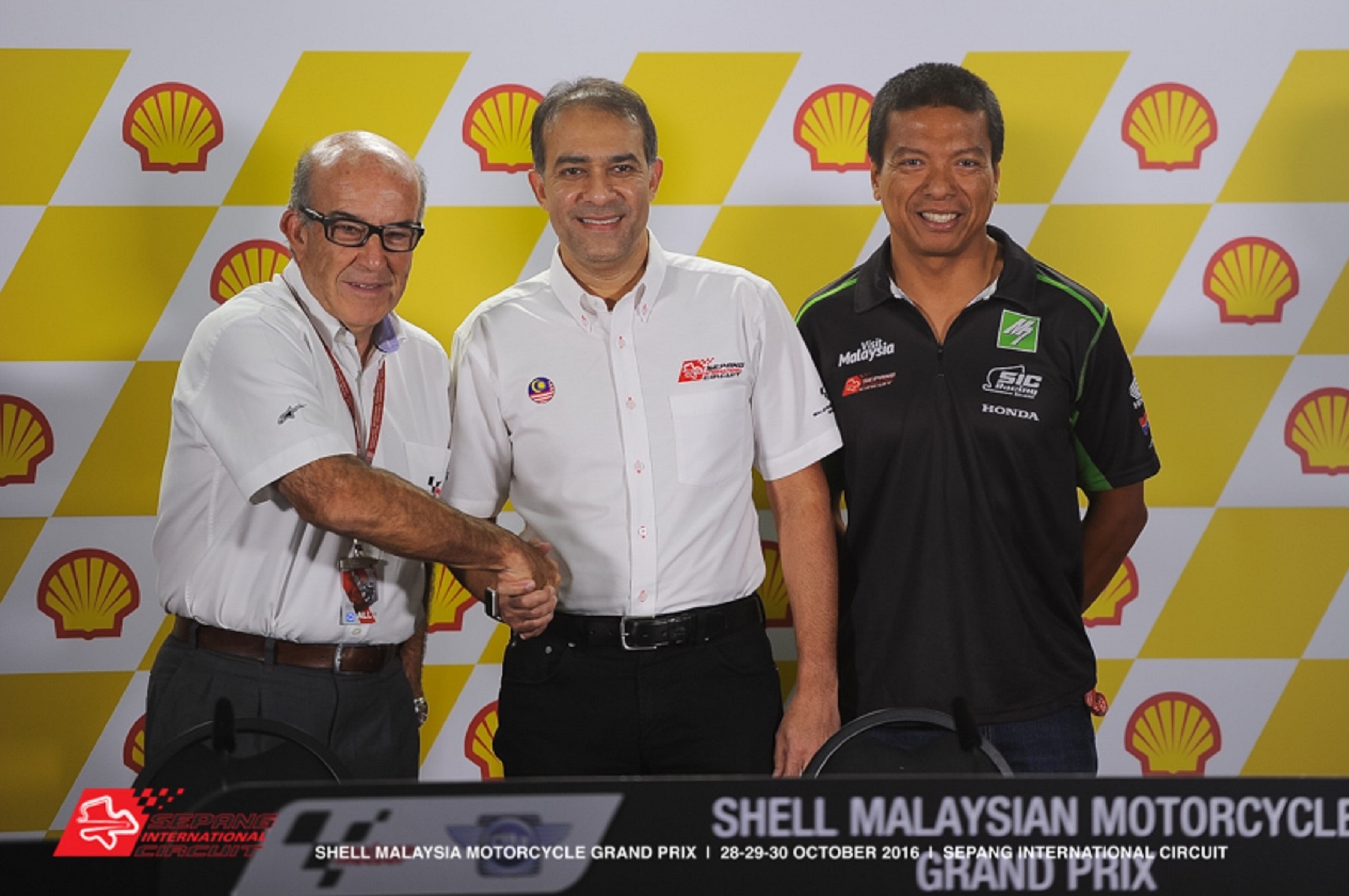 The contract for Sepang International Circuit (SIC) to host a round of the MotoGP World Championship has been extended by another five years until 2021. Dorna, the promoter and worldwide rights holder for the MotoGP World Championship signed the agreement with SIC on Saturday, 29 October 2016on the sidelines of the 26th edition of the Malaysia Motorcycle Grand Prix at the circuit.

“I would like to thank Dornafor agreeing to a long-term five-year contract. It reflects their confidence in SIC’s role in promoting and further developing this event, which has grown over the last few years into Malaysia’s biggest motorsports event. On behalf of SIC, I would like to thank the Malaysian Government, in particular the Ministry of Finance for agreeing to the extension of the Malaysia Motorcycle Grand Prix contract,” said SIC Chairman Tan Sri Azman Yahya.

First organised in 1991 at the Batu Tiga Shah Alam Circuit, the Malaysia Motorcycle Grand Prix was the biggest motorsports event in the country before Formula 1 came to its shores nine years later in 1999. After seven years in Shah Alam, the event was moved to Pasir Gudang, Johor for the 1998 race before it moved to Sepang after the circuit was opened in 1999.

The popularity of the Malaysia Motorcycle Grand Prix has seen a significant rise since 2009 when SIC introduced the Malaysia wildcard programme and started working on having Malaysian riders as full time championship competitors, starting with Muhammad Zulfahmi Khairuddin in 2010 with the SIC AirAsia Racing Team.