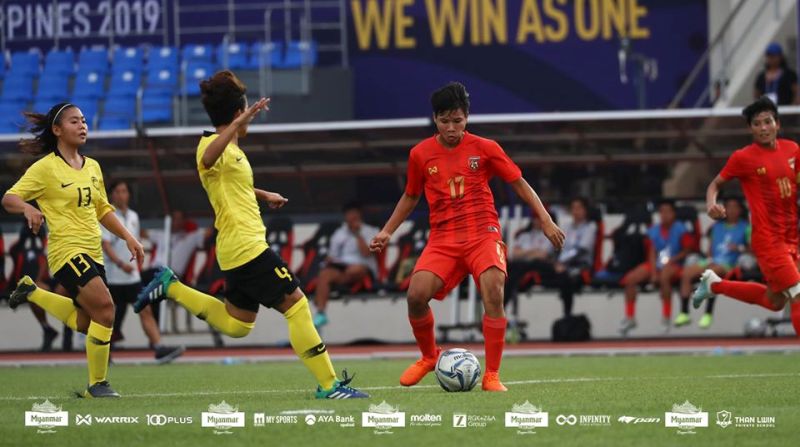 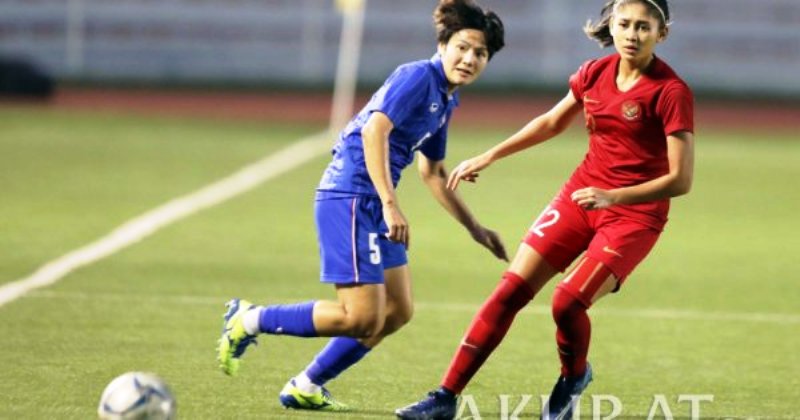 It was a dramatic finish in the group stage of the women’s football at the SEA Games when Myanmar’s win of Group A over the Philippines was decided by Fairplay criteria which is the accumulation of yellow cards.

Myanmar had completed their round of matches in the group this evening at the Rizal Memorial Stadium with a 5-0 thrashing of Malaysia – off a hat trick from Yee Yee Oo (17th, 31st and 77th minute), captain Marlar Tun (49th) and substitute July Kyaw (90th).

The Philippines had also whipped the Malaysians by the same scoreline a few days earlier while their encounter against Myanmar in the opening game of the group had ended in a scoreless deadlock.

At the end of two matches, both Myanmar and the Philippines are on the same four points with no goal conceded and having scored five goals each.

As such, the winner of the group was then decided by which team had picked up the least yellow cards.

And the result was that Myanmar had just one as compared to the Philippines’ three.

On the other hand, there was no such drama in Group B as Vietnam emerged as the group winner in spite of Thailand’s 5-1 win over Indonesia at the Binan Football Stadium.

The only goal for Indonesia was scored by Rani Mulyasari in the 70th minute.

The win could not prevent Vietnam from taking the top spot in Group A as they emerged on better goal difference after both teams are tied on four points each.

The semifinals will be held on 5 December 2019.