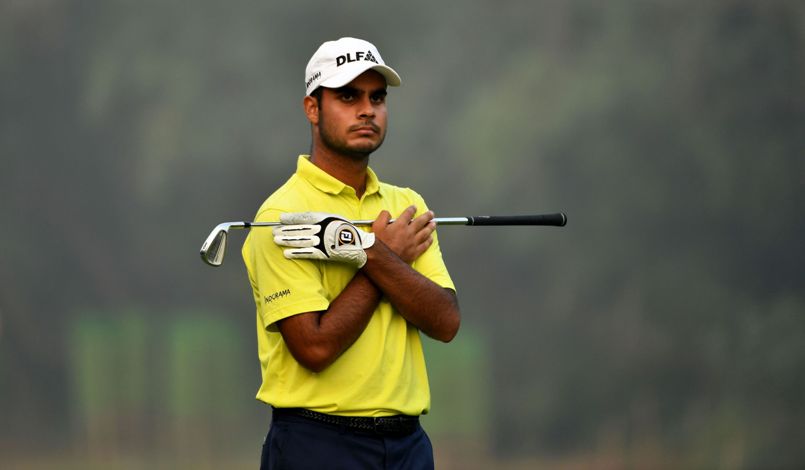 India’s Shubhankar Sharma savored a dream debut at the World Golf Championships-Mexico Championship with an opening six-under 65 pushing him into tied second place and one shot behind leader Louis Oosthuizen on Thursday.

The 21-year-old, playing in the last group alongside Malaysia’s Gavin Green, was beaming from ear to ear after keeping the bogeys of the card which included an eagle and four birdies at the Club Golf de Chapultepec.

“I’m really pleased with the way I played. I was very nervous in the morning, but very happy with the way I put it all together. Even after the rain (lightning) delay that we had, just to make birdie on the last hole (on nine), absolutely fantastic,” said a delighted Sharma.

The young Indian prospect arrived in Mexico City in top form, having won co-sanctioned Asian Tour and European Tour tournaments in South Africa and Malaysia over a span of two months.

Despite missing the cut by one stroke in Oman and Qatar over the past fortnight, Sharma produced a flawless display which his caddie Gurbaaz Mann, a former Asian Tour player himself, described as “complete”.

Starting his day from the 10th tee, Sharma birdied 11 and 12 from 13 and two feet respectively before rolling in a tricky 15-footer for his third birdie on 18. After finding the fringe at the driveable first hole, the Indian chipped home for eagle from 10 yards. He closed out his round in style by nearly holing out for eagle for an eventual tap-in birdie.

“It’s not a bad way at all (to finish). As soon as I hit it I knew I hit a good shot. I was also really happy with the birdie I made on 18. It was a very, very tough putt, almost two feet of break on that putt. On the first hole it’s just about hitting the right shot and positioning yourself. I couldn’t have hit it in a better place. I was just short of the green and had a very easy chip shot (for eagle),” he said.

“My tee shots  … most of them were in the fairway. You really need that to have to go low, especially on a course like this. It’s tree lined, it’s a very old style golf course, you don’t want to miss many fairways. So I was very happy with the way I drove the ball.  I was struggling with it on Monday and put in some work the last two days.  Was pretty happy with the way I drove the ball and I think that was the key.”

Sharma intends to keep his foot on the pedal despite being in his first WGC tournament which is featuring 45 of the world’s top-five players this week.

“To be honest, I’m actually relaxed now. I just wanted the first round to get out of the way.  You’re always very happy when you start with such a low round, especially for me.  This is such a big event, I would say this is taking some pressure off me, playing well on this course.  And I proved to myself that I can roll it, so I’ll just do the same things that I’ve been doing,” he said.