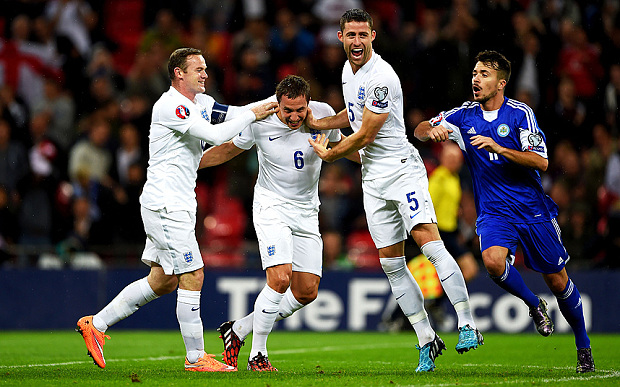 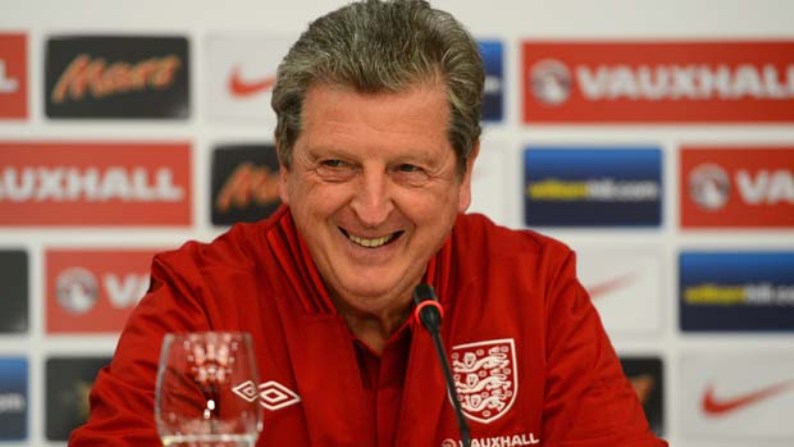 England manager Roy Hodgson warned of hidden dangers in Euro 2016 qualifying after his side galvanised their position atop Group E with a straightforward 5-0 win over San Marino.

England top the group on goal difference from Lithuania after Thursday’s stroll at a quiet Wembley Stadium, with chief rivals Switzerland six points off the pace following an unexpected 1-0 loss away to Slovenia.

Spain were stunned by Slovakia on Thursday, while Portugal have already lost at home to Albania, and after a World Cup dotted by shock results, Hodgson says the big teams cannot take victories for granted anymore.

“I suppose they’re surprising (results), but maybe not,” said Hodgson, whose side play away to Estonia on Sunday.

“I think we should stop being surprised in international football. If you happen to be called Spain, Russia or England, we can’t expect we can go and beat whoever because we have more people in our country than them.

“San Marino were better this year, better than they were last year. Albeit as an amateur team, it’ll be a long time before they can beat the likes of us at Wembley, I hope.”

Phil Jagielka headed England into a 25th-minute lead at Wembley, but San Marino held out until Wayne Rooney doubled the hosts’ advantage with a penalty two minutes prior to the break.

Alex Oxlade-Chamberlain teed up Danny Welbeck for England’s third goal early in the second half, with a low strike by substitute Andros Townsend and an Alessandro Della Valle own goal completing the scoring.

England have now scored 31 goals in their five games against San Marino, conceding only once.

Hodgson dismissed suggestions that he had withdrawn Raheem Sterling and Jordan Henderson at half-time to mollify Liverpool manager Brendan Rodgers, with whom he became embroiled in a pre-game row about the fitness of striker Daniel Sturridge.

“He told me neither would be ready. We didn’t talk at all about the other two. It was our decision.

“With the wealth of talent we have in attacking areas, it was nice today (Thursday) to take people like Sterling, Henderson and Welbeck off who might play an important role for us on Sunday.”

England once again deployed a diamond midfield system and Hodgson reiterated his belief that it suits the players at his disposal.

“I’ve been pleased with it in the last two games,” he said.

“We have those right-side and left-side wing-halves — Henderson and (Jack) Wilshere today, and (James) Milner and Oxlade-Chamberlain in the second half. We have people who can do that job.

“(Adam) Lallana and Sterling can, too. Lallana, when he came on for Raheem, was every bit as dangerous and inventive and creative as Raheem could be.

“That’s nice to know. And James Milner can also go in and play that deeper central role that Jack did in Switzerland.”

Ranked 208th and joint-last in the FIFA ranking, San Marino have never won a competitive match, but having seen his side frustrate England in the first half, coach Pierangelo Manzaroli believes better days may lie ahead.

“We hope to get a result from the rest of the qualifying campaign,” said Manzaroli, whose team host Switzerland on Tuesday.

“Obviously getting a result against teams like England is very hard, but there are other teams like Estonia, Slovenia or Lithuania where we can hopefully get a historic draw or even a more historic win for our nation.” – Agence France-Presse