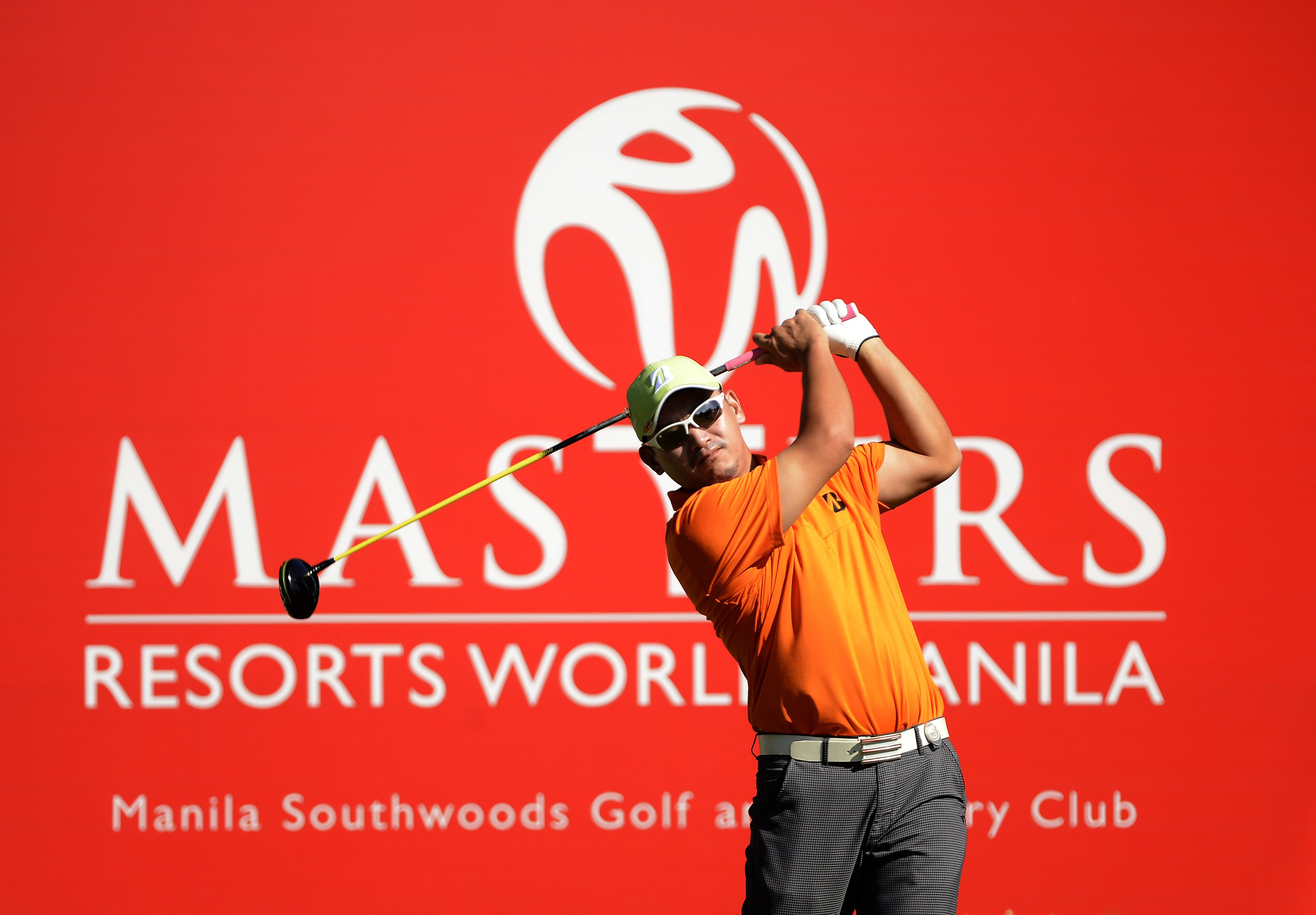 Filipino star Angelo Que plans to challenge for the US$1 million Resorts World Manila Masters presented by 918.com title on his home course, the Manila Southwoods Golf and Country Club, next month.

The 35-year-old Que, who is a three-time Asian Tour winner, was in contention at the inaugural edition last year where he jointly led the tournament at the halfway stage before his putter went cold on him as he settled for an eventual tied 25th finish.

“It’s always nice playing on home soil. I don’t see it as added pressure to do well and I am happy to see a lot of support from my countrymen. I’m looking forward to play in the Resorts World Manila Masters. Playing at my home club is definitely an advantage because I’ve played a lot there since I was an amateur and I know the course pretty well. I almost did it last year but hopefully, my putter will work out well this time around,” said Que.

The local hero said the feeling of winning a home tournament is one of the best experiences a golfer can savour and he hopes to raise the Resorts World trophy to end a four-year winless run on the Asian Tour, which is the region’s premier golf circuit.

“It would mean a lot to win. I would have a chance to chase the leaders on Order of Merit a well,” said Que, who triumphed at the 2008 Philippine Open.

“It will be a good feeling to win at my home club and in my home country, with friends and families out there supporting you. It would be another achievement and milestone in my career if I can win the Resorts World Manila Masters.”

The Resorts World Manila Masters made its debut on the Asian Tour last year with a prize fund of US$750,000. It will offer a cool US$1 million to the stars from the region from November 20 to 23, with the champion taking home US$180,000.

As the richest Asian Tour tournament in the Philippines, Que believes the tournament has created a positive impact on the landscape of professional golf in the country, which stages a total of three Asian Tour events annually.

“The Resorts World Manila Masters has definitely created a huge impact on the golf scene in the Philippines. It’s probably the biggest event since the Johnnie Walker Classic in 1995. It is good because everybody will go and watch the tournament and everybody would want to try and play the game,” he said.

The easy-going Que, who has featured on the Asian Tour since 2003, said that the experience of competing abroad against the region’s top players have indeed made him a better golfer.

“I’ve learnt a lot playing on the Asian Tour over the years, not just about golf but life itself and meeting different people with different cultures. I think I’m a better person now than what I was when I first started out. Back then, I didn’t know anything. I pretty much understand the different cultures in the region now. I have learnt to appreciate and respect other people’s cultures. I think that has made me a better person,” he said.