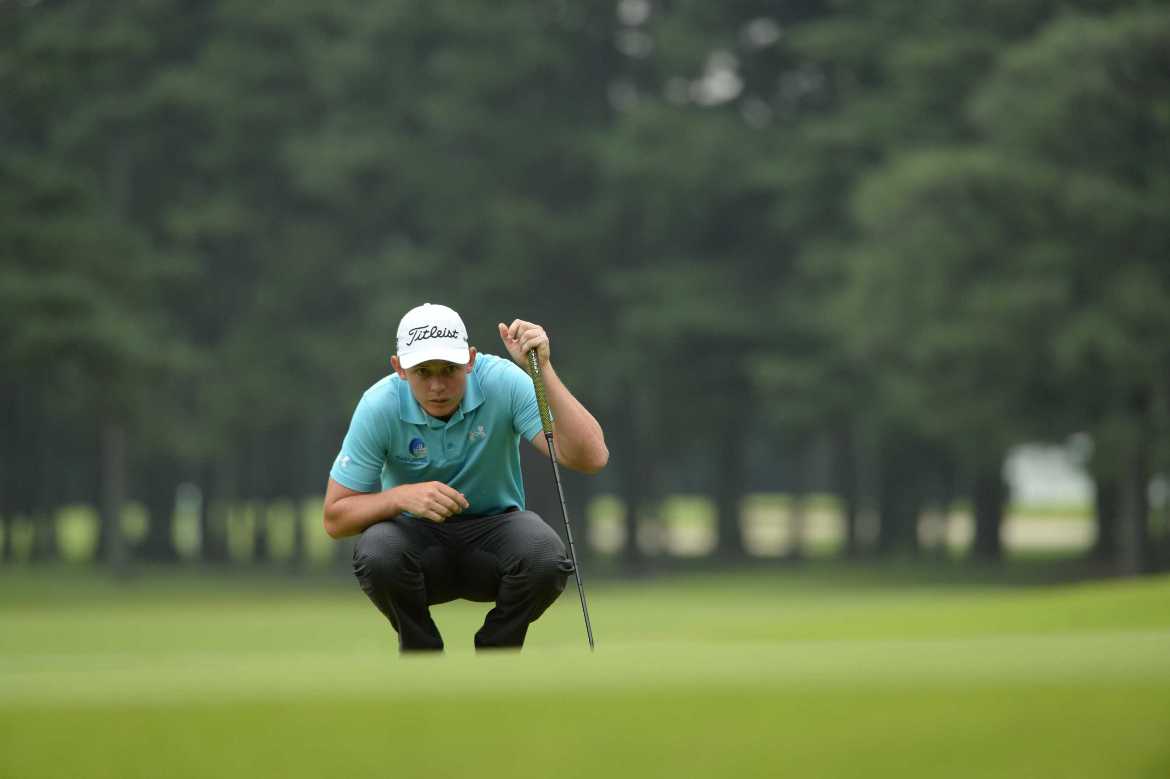 The Australian, who earned his Tour card by finishing tied-18th at Qualifying School this year, has been on form of late and it continued to show with him taking prime position atop the leaderboard and holding a two-shot lead over five players bunched in tied second place.

Japan’s Hiroyuki Fujita, Kiyoshi Murota and Keiichiro signed for matching 68s to share second place with Thailand’s Namchok Tantipokhakul and Korea’s S.K. Ho at the Japanese showpiece which is sanctioned by the Asian Tour and Japan Golf Tour.

Asian Tour heavyweights also opened their accounts well by featuring prominently among the leaders at the Asia-Pacific Diamond Cup.

Current Order of Merit leader David Lipsky of the United States and India’s Arjun Atwal took a share of seventh place with seven other players including Thailand’s Prayad Marksaeng and Philippines’ Juvic Pagunsan at the Ohtone Country Club.

Smith has been on a hot streak of late. Before the Asian Tour headed into its summer break, the 21-year-old led into the final round of the CIMB Niaga Indonesian Masters in April before settling for tied second place.

A rejuvenated Smith then got back to business by finishing inside the top-10 in his last two events on the Asian Tour.

The Australian is determined to ride on that rich vein of form for his maiden win on the region’s premier Tour this week.

“I’m feeling really good. We had a little break in the middle of the year and it’s really good to be back, fresh and competitive again,” said Smith.

Smith, who enjoyed a distinguished amateur career where he won a host of events including the 2013 Australian Amateur, Australian Junior Championship and Australian Stroke Play Championship in 2011, paid credit to his short game for giving him a good head start.

“I putted well today as I struggled a bit in the last couple of weeks with the putter but today was really nice and hopefully I can keep that going for the next three days,” said Smith.

Fresh off his historic victory in Switzerland where he became the first Asian Tour player to win a co-sanctioned event on European soil, Lipsky put up a battling performance to stay within sights of the leaders despite the wet and windy conditions in the morning.

“I don’t feel like I played great today but I got around by getting an under-par score which is good,” said Lipsky.

The American, whose mother is Korean, admitted that it was not one of his best performances after mixing his card with four birdies against two bogeys.

However, he still fancies his chances at the Asia-Pacific Diamond Cup.

“I hit the ball pretty poorly and I didn’t putt particularly well from long range but I holed lots of good putts and got the easy ones up and down.

Atwal, who is playing on a sponsor’s invitation this week, repaid the faith of the event sponsors by putting up a performance befitting of his reputation as one of India’s most successful golfers.

“I love it here and I really want to thank the JGA (Japan Golf Association) for giving me an invite to this tournament and I really appreciate it,” said Atwal.

“It was really unexpected as I didn’t really play that well in Malaysia last week. But today was really solid as I hit lots of fairways and greens. It wasn’t easy as it was raining and it was windy at times but overall it was still a good solid round,” added Atwal.

The 41-year-old has enjoyed seven career victories on the Asian Tour and is also a one-time Order of Merit champion.

Although he is based in the United States now, Atwal, who became the first Indian to win on the PGA Tour at the Wyndham Championship in 2010, is always drawn to reuniting with his peers on the Asian Tour.

“I always like coming back to the Asian Tour and like I have always said, it’s the friendliest Tour in the world and I love it,” said Atwal.

Leading scores after round 1 of the Asia-Pacific Open Championship Diamond Cup 2014 being played at the par 71, 7117 Yards Ohtone cC course (a- denotes amateur):