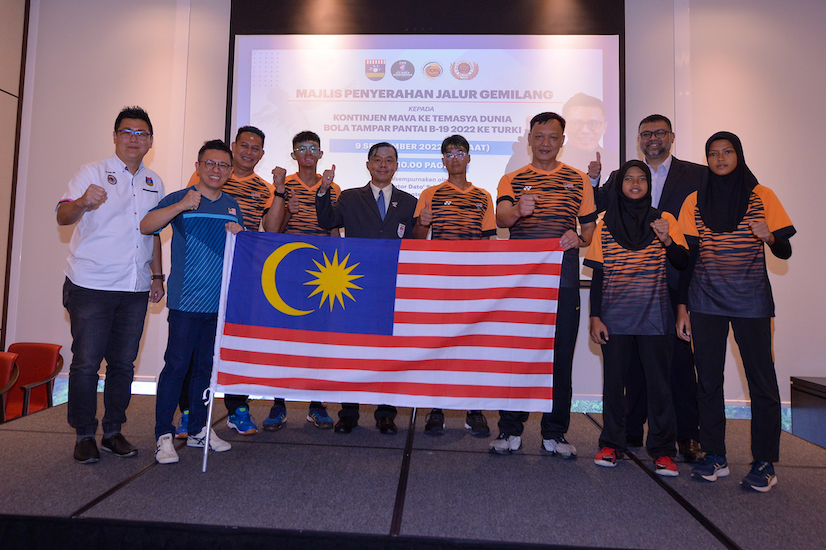 The popularity of beach volleyball is not only growing rapidly in the Asian region but competing at a fast pace with indoor volleyball.

As such there should be collective and constructive efforts by states in our country to promote the game on our serene beaches.

Deputy Minister of Youth and Sports, Senator Dato’ Sri Ti Lian Ker, said though his ministry is prepared to provide assistance to states interested in promoting beach volleyball in their backyards, states must first identify the venues and be fully committed to providing other facilities.

“There is no doubt that beach volleyball will garner a lot of interest from the Malaysian public as a recreation sport and more importantly promote tourism. It is a very mentally and physically challenging sport,” said Dato’ Sri Ti.

“The Sports Ministry is always open to ideas and welcomes any move to promote and develop beach volleyball but the onus is on the respective states to show initiative and come up with constructive and rational plans,” added Dato’ Sri Ti in Kuala Lumpur today.

He was speaking at the flag handling ceremony of the Jalur Gemilang to the Malaysian contingent to the FIVB Under-19 Beach Volleyball World Championships 2022 which will be held in Dikili in the city of Izmir, Turkey from Sept 14-18. The team will depart for Turkey tomorrow.

“It is my sincere hope that our men and women teams excel in Turkey. Their achievements will certainty generate greater interest among Malaysians in the game. I would also like to see the game played by all masses in our society in the spirit of Keluarga Malaysia,” he added.

Meanwhile, the Chef de Mission to the championships, Mr Teo, said the achievements of both the men and women teams in the qualifying rounds speak volumes of their mental and physical strength in facing bigger challenges in Turkey.

“The women’s team created history by defeating Hong Kong, New Zealand and Kazakhstan in the Asian AVC Under-19 championship in Roi Et, Thailand recently. The team finished among top five in the tournament to qualify for the main draw of the World Championships,” said an elated Teo.

The men’s team performed incredibly well in the same tournament. They will be joined by Australia, New Zealand and Singapore in Turkey.

“I am confident both teams will play to their best as they are highly motivated. They have been training three times a day for the last one month,” he added.