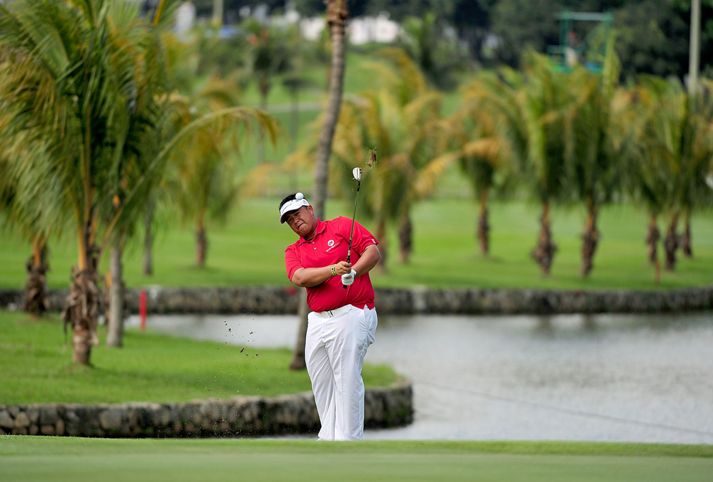 The US$3 million Maybank Championship Malaysia is the newest addition on the Asian Tour and European Tour Schedules and it has attracted Major stars including Martin Kaymer of Germany, Louis Oosthuizen of South Africa and Darren Clarke of Northern Ireland, who is also the captain for Europe in the EurAsia Cup and Ryder Cup.

An in-form Danny Willett of England, who won in Dubai last week, will also contend for the title alongside Asian Tour Order of Merit winners David Lipsky of the United States, Juvic Pagunsan of the Philippines, Arjun Atwal and Jeev Milkha Singh of India and Thai trio Thaworn Wiratchant, Kiradech Aphibarnrat and Thongchai Jaidee.

Young and talented stars Matthew Fitzpatrick of England, Younghan Song of Korea, who defeated world number one Jordan Spieth in Singapore two weeks ago, Miguel Tabuena of the Philippines and Shaun Norris of South Africa, currently ranked second on the Order of Merit, will also feature at the Royal Selangor Golf Club from February 18 to 21.

Kiradech, the 2013 Asian Tour number one, will draw on his winning memories in Malaysia three years ago when he aims for a third Asian Tour victory in a country which he calls his ‘second home’.

“Malaysia is like a second home to me and the victory in Malaysia in 2013 really helped me achieve the success which I have today. I like coming back to Malaysia because the people are friendly and I have a lot of fans here. The weather is also hot and it suits my game,” said Kiradech.

The 26-year-old Thai is among six players ranked inside the top-50 in the Official World Golf Rankings who will feature in the tournament. Placed 13th in the world, Willett is the highest ranked golfer in the elite field.

After finishing fourth in Singapore a fortnight ago, the 21-year-old Tabuena hopes to continue his momentum at the Maybank Championship Malaysia.

“My strong finish in Singapore has given me a great boost in confidence. I’m placed quite high on the Order of Merit at the moment and I hope to build on my momentum in Malaysia. It will be a great event,” said Tabuena.

Jeunghun Wang of Korea, known as one of the best ball strikers in Asia, is one of the most consistent golfers so far this season as he finished tied sixth and fourth place in Singapore and Myanmar respectively. He also contributed half a point in his debut at the EurAsia Cup last month.

“I’m playing very well so I hope to continue my form. It has been a great experience so far for me and I’ve really improved after the EurAsia Cup. I like playing in Malaysia and I’m excited to play at the Royal Selangor course,” said the 20-year-old Wang.