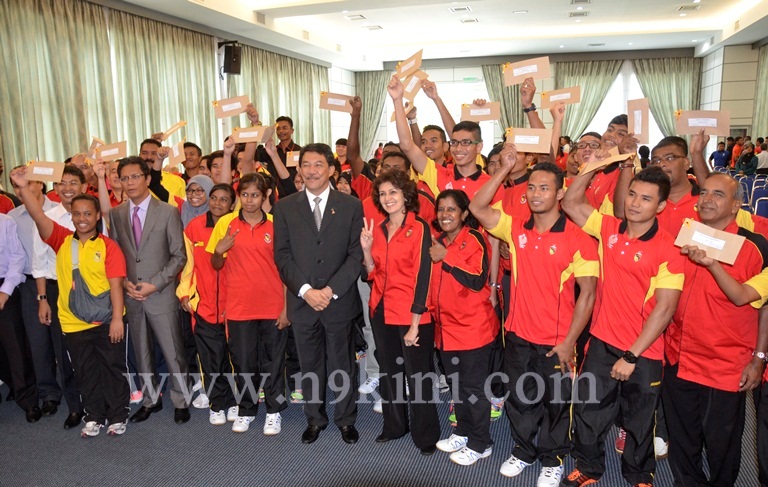 Negeri Sembilan, targeting 30 gold medals in the 17th edition of the Malaysia Games (SUKMA) to be hosted for the first time by Perlis from May 24-June 4, will not compete in canoeing and gymnastics.

It is a wise decision by Negeri Sembilan who hosted the Games in 2004 and will be sending a 308 strong contingent to Perlis and will compete in 22 of the 24 sports that will be contested in this Northern state.

Negeri Sembilan state executive councillor for Youth and Sports Datuk Zaifulbahri Idris said the decision to skip the two sports is because the state has set a high target – “to win medals” to be in the top bracket in overall standings.

“We believe that we don’t have a chance in canoeing and gymnastics as we are rather weak in the two sports. At this time, we have teams in the said sports but we are lagging far behind when compared to the power houses,” said Zaifulbahri.

“If we are to send a team to any sport we must have a fighting chance of winning a medal. But I am confident in two years time we will be able to field strong teams in the two sports.”

He added that Negeri Sembilan have paid extra attention to the state’s preparations for this year’s SUKMA and he is pleased with the “high commitment” shown by the athletes during training.

“A top five finish is our initial target but we may do better than that in Perlis.”