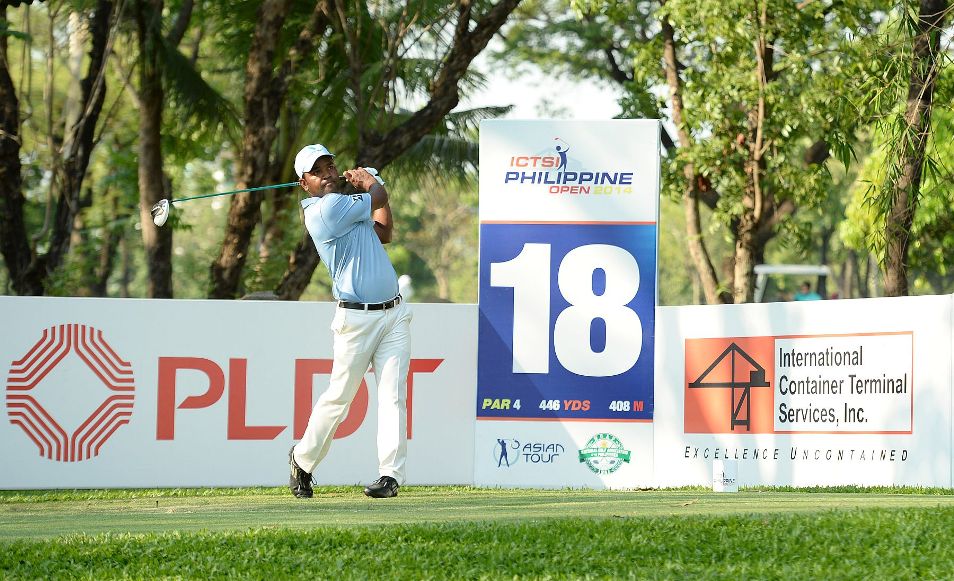 Siddikur Rahman fired his best score at the challenging Wack Wack Golf and Country Club to share the opening round lead with Chan Kim on six-under-par 66 at the ICTSI Philippine Open on Thursday.

Siddikur, the first Bangladeshi to play and win on the Asian Tour, birdied the last hole from five feet to cap his best effort on the Wack Wack course where his previous low round was a 71 at the 2011 Philippine Open.

Little known Rolando Marabe, a former caddy who turned professional in 1997, led the local charge after shooting a 69 to tie with four-time Asian Tour winner Chawalit Plaphol in third place.

Siddikur, who was part of Team Asia who tied with Team Europe in the inaugural EurAsia Cup earlier this year, was delighted to rediscover his deft putting touch as he negotiated the tricky Wack Wack greens in 26 putts.

It was a welcome return to form for the popular Bangladeshi, who uncharacteristically missed the cut in his last two Asian Tour events.

“I was confident that my putting touch will come back. In golf sometimes you enjoy a good run of form and sometimes you don’t. I sank about 80% of my putts which reflected in my score on this golf course,” said the 29-year-old.

“This is not an easy course. It is a tight and narrow course with small greens. Every shot counts here. I was not disappointed with my form before today because my stats were still good except putting,” added Siddikur, a two-time Asian Tour winner.

Kim, winner of the 2013 Asian Tour Qualifying School, took advantage of a small change in his swing tempo to share the lead with Siddikur after trading seven birdies against one bogey.

He has some unfinished business at the Wack Wack course after missing the halfway cut at the 2013 Solaire Open by one shot at the same venue.

“Last year I shot one-over for the first round and thought, well that’s not a bad score. Then in the second round I shot a seven on the famous (par three) eighth hole! I couldn’t get any momentum after that and missed the cut by one. I’m happy I made par there today!” laughed Kim.

Filipino’s Marabe, who is searching for his first professional victory this week, surprised even himself when he broke par for the first time on the Wack Wack course

“I’m happy with my score. My putting was good and my irons were sharp. I’ve played here many times and this is my best score! It is actually the first time I shot under-par. I always shoot a 74 or 75 here,” said the 37-year-old Marabe.

Current Asian Tour Order of Merit leader Anirban Lahiri of India struggled to get his round going following a disappointing 75.

He was three-over after 12 holes but bounced back with back-to-back birdies on four and five before stumbling to a double bogey on the eighth hole after hitting his tee shot over the green.

The talented Indian, currently ranked 64th on the Official World Golf Ranking, will need a victory this week to give himself a chance to break into the top-60 in the world by May 26th to qualify for the U.S. Open in June.

Scores after round 1 of the ICTSI Philippine Open 2014 being played at the par 72, 7222 Yards Wack Wack GcC course (a- denotes amateur):