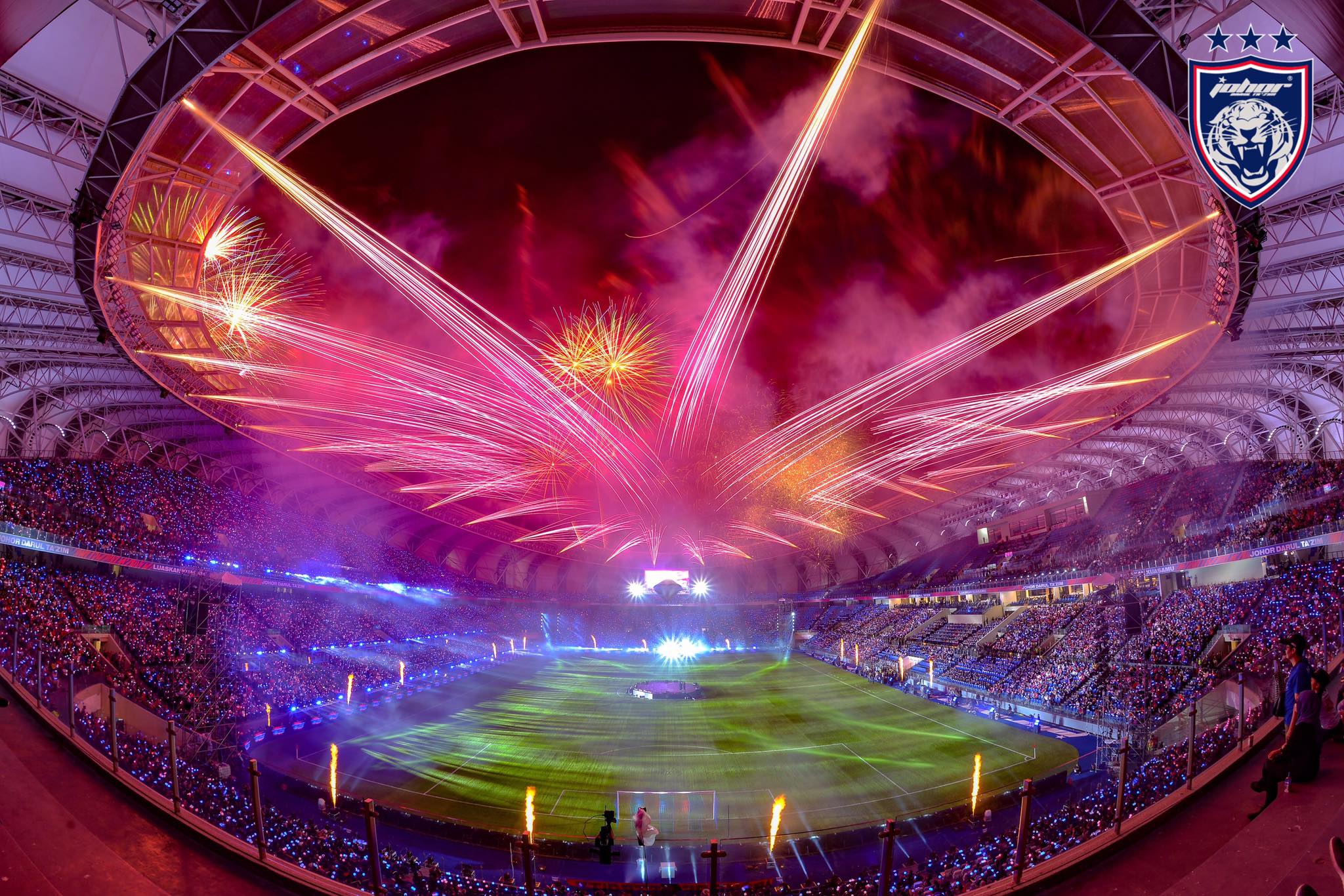 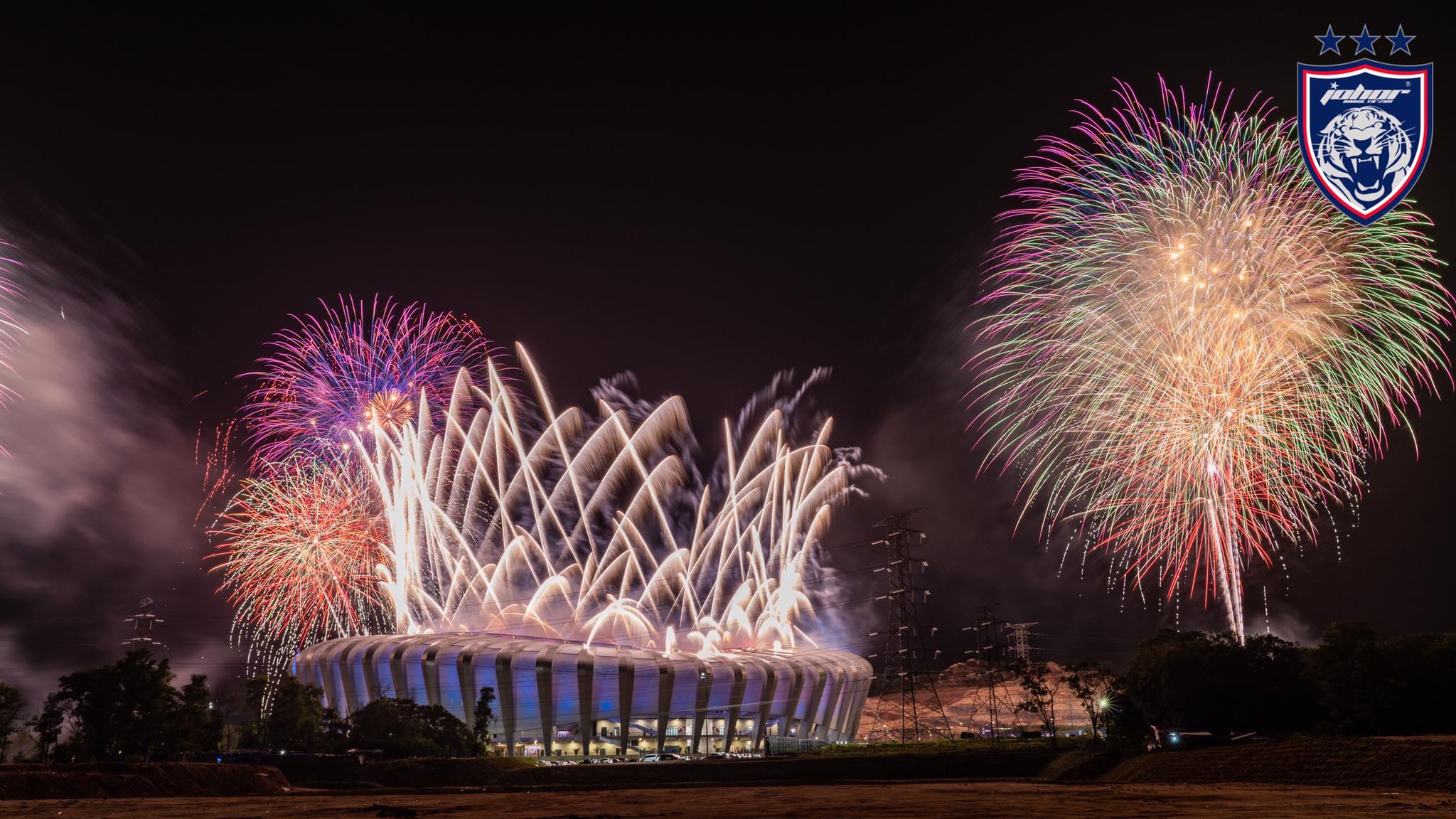 The new landmark in the southern state is the pride of JDT – the best-known football club not only in the country but also a brand name internationally in terms of success and management.

The Sultan Ibrahim Stadium was officially opened by His Majesty Sultan Ibrahim Sultan Iskandar on Saturday (Feb 22, 2020) in a glittering ceremony that was also attended by Permaisuri of Johor Raja Zarith Sofiah Sultan Idris Shah, HRH Major-General Tunku Ismail Ibni Sultan Ibrahim, who is also the Crown Prince of Johor.

Adding glitter to the ceremony was well known international singer Leona Lewis and two Johor-born artists Ayai and Akim. The crowd was also entertained to a fireworks display. 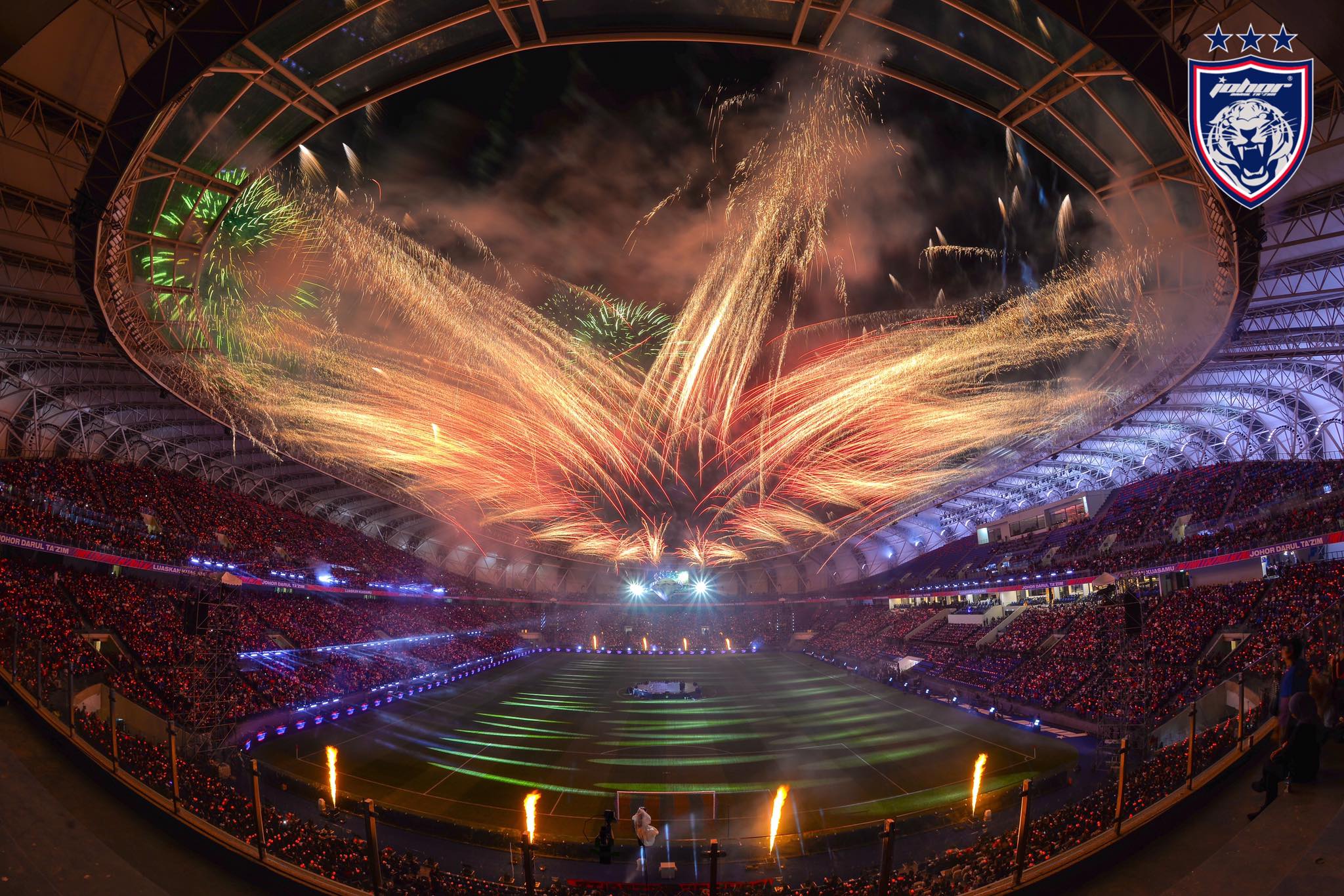 In a statement distributed to the media, Tunku Ismail described the opening of the 35,000 capacity stadium as ”ánother milestone” for the Southern Tigers.

The iconic landmark is located on a 11.3 hectares site and the Sultan Ibrahim Stadium is the only stadium in the country to use the original ‘Zeon Zoysia’ grass with the latest drainage system that keeps water from stagnating in the field.

It is a must-visit iconic landmark that also houses the club headquarters and the stadium has modern LED spotlights and multi-color and multi-rhythm building lights.

The Sultan Ibrahim Stadium will be the new home for the Southern Tigers and the first match that will be played there is the Charity Shield match against FA Cup champions Kedah on Feb 28. The curtain raiser will also count towards the league points.

A state-of-the-art training center for all JDT teams is also in the offing.

“The past seven years have been amazing for JDT, both, on and off the pitch, and the new stadium is another feather in the cap for the Southern Tigers.

”We have set new benchmarks that have inevitably raised standards and challenged boundaries on the international front, said Tunku Ismail.