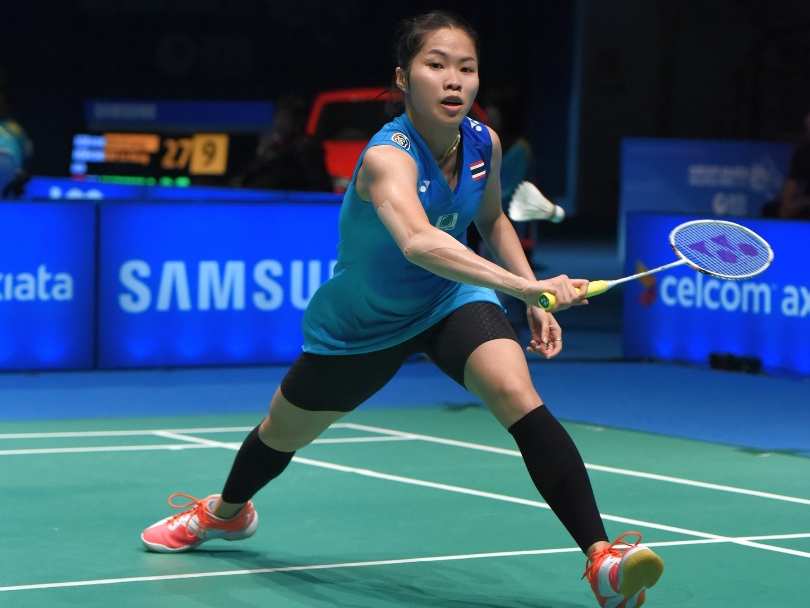 Ratchanok Intanon set her sights on Olympic glory after becoming world number one — and said she would be seen as “superwoman” if she wins Thailand’s first ever badminton medal in Rio.

The 21-year-old, who won the Singapore Open to reach the women’s singles top ranking for the first time, said a medal of any colour would be a triumph at the Games in August.

“My target is gold medal at the Olympic Games… But I think that getting a medal would be like (becoming) superwoman,” she said on Monday at Singapore’s Changi Aiport before boarding a flight home.

Ratchanok beat defending champion Sun Yu of China in three sets on Sunday to seal her third successive Superseries title in as many weeks, after triumphs in India and Malaysia.

Ratchanok, who became badminton’s youngest ever world champion in 2013, will displace Spain’s Carolina Marin as number one when the rankings are updated on Thursday.

“I didn’t think about winning three (tournaments) in a row, I just wanted to try my best and if I could do it, I would just do it,” she said.

“I feel the same now that I am world number one. There’s still room for improvement and I want to be stronger. I don’t want to think of the top ranking, but rather that I have more to learn.”

Olympic success would mean redemption for Ratchanok, who was heartbroken after she was eliminated in the London 2012 quarter-finals.

“After I lost, I felt bad and I couldn’t sleep. I’ve never felt that way before,” she said.

“I wanted to close my eyes but I could not stop thinking about the loss.”

Ratchanok added: “I don’t want to pressure myself but I think I have a chance to get an Olympic medal for Thailand.

“Now that I have become world number one, I have reached the dream. I have completed one step but I still have one more step.”

The soft-spoken Thai, who started this month ranked fifth in the world, said her body is starting to feel the strain from playing consecutive competitions.

“When I woke up, I felt like my legs were weaker,” said the native of Thailand’s Yasothon province.

“I may be tired but if I can make people in Thailand smile and be happy, that’s okay.”

Despite her fatigue, Ratchanok will be competing at the Badminton Asia Championship in Wuhan, China next week where she aims to defend her title.

“I think now there will be a bit more pressure because I will have to protect my ranking. But I will take it one step at a time,” she said.

Ratchanok picked up the sport at an early age, when she used to play in the grounds of the Bangkok dessert factory where her parents worked.

“I didn’t enjoy badminton at first. I just did training but didn’t feel that I wanted to be athlete. I just trained not to disturb my parents while they were working,” she said.

“Now, I enjoy it because it is my career. I don’t have to bother my parents for money and I can support them financially.”

Following her success in the sport, Ratchanok said she now hopes she can inspire more and more young Thais to pick up a racquet.

“I am very proud to be the idol for young people in Thailand, that more parents are sending their children to play badminton,” she said. – Agence France-Presse