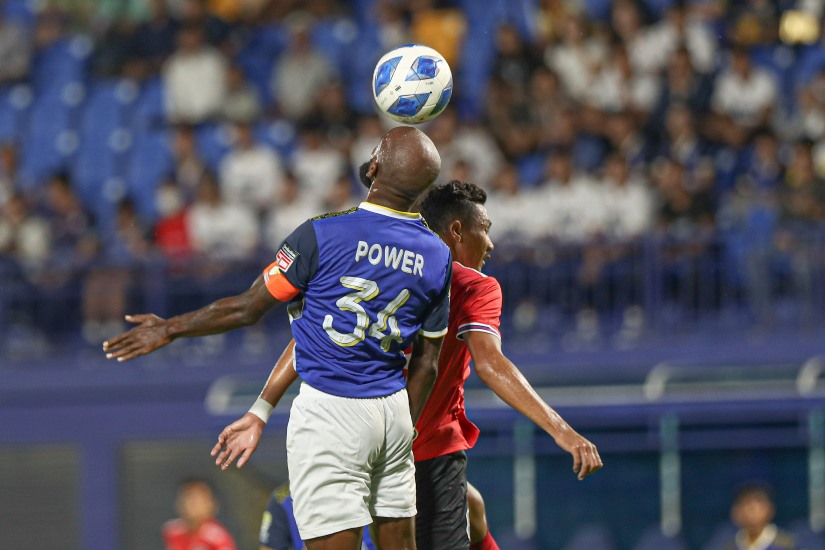 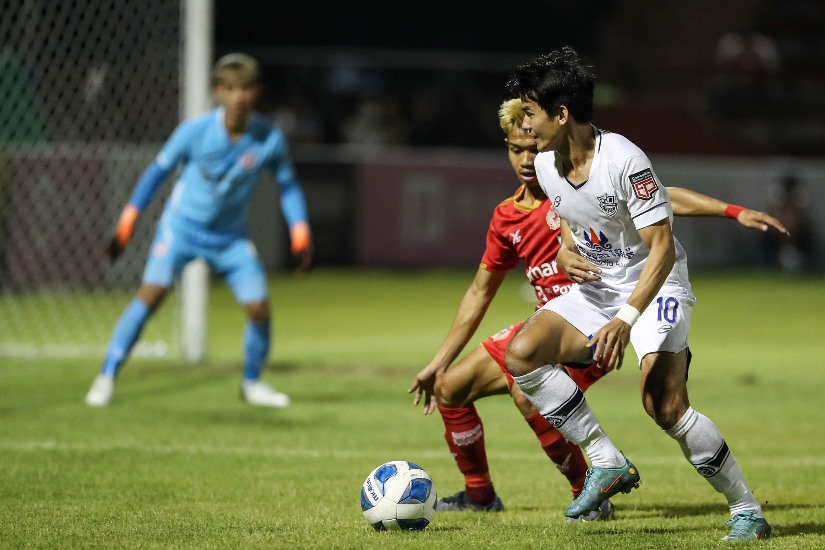 Preah Khan Reach Svay Rieng, Visakha FC, Phnom Penh Crown FC and Boeung Ket FC have made the cut as the four teams in the Final Rounds of the Cambodian Premier League (CPL) 2022.

This follows the end of the preliminary stage of the CPL where after three rounds of stiff competition, Svay Rieng held sway at the top of the standings with 46 points from 21 matches played.

Visakha are second with 40 points, Crown on third with 36 points and Visakha fourth with 35 points.

And this week in a top-of-the-table clash, Svay Rieng needed a second half equalizer from Marcus Haber (69th minute) to hold Visakha to a 1-1 draw after Wut Tola’s fourth minute lead for the equaliser.

On the other hand, Phnom Penh Crown confirmed their third spot with a crushing 3-0 win over Boeung Ket FC.

Fareed Sadat nailed a double (65th and 74th minute) after an earlier fifth minute strike from Choun Chanchav for the win. 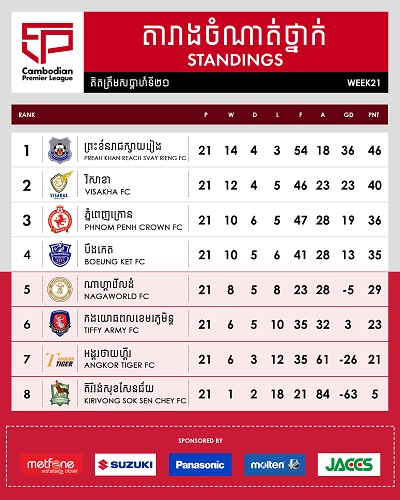