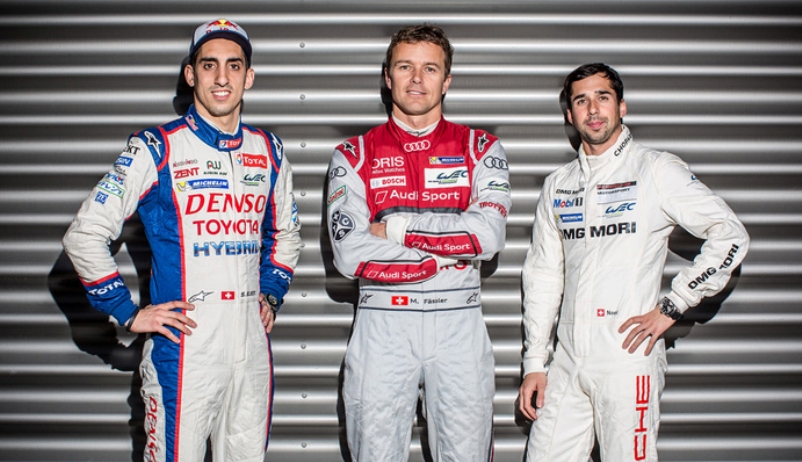 Sixty-one years is a long time from anyone’s viewpoint, but in Switzerland it must feel like an eternity. Motorsport has been banned there since 84 people lost their lives at Le Mans in 1955, but that hasn’t stopped this small country producing some of the world’s most talented sportscar drivers.

In 2016, Porsche’s Neel Jani became the third Swiss driver to win the FIA World Endurance Drivers Championship, following in the footsteps of Marcel Fässler for Audi in 2012 and Toyota driver Sébastien Buemi in 2014.

They were joined on the grid this year by Simon Trummer (27), Mathéo Tuscher (20), Alexandre Imperatori (29), Mathias Beche (30) and Joel Camathias (35), with only the UK, France and Germany producing more drivers who participated in at least two rounds of the WEC. So what is their secret?

Switzerland isn’t typically thought of as a speed-loving nation, but for those coming from the Alpine cantons, it’s in the blood. Downhill skiing is a national obsession in Switzerland – its record of 19 World Cups is topped only by historic rivals Austria – and when spring time arrives, the rolling hills are transformed into a mountain biking paradise. From there, it’s not a huge stretch to expand to the next thrill – motorsport.

Switzerland’s success is far from a recent phenomenon, with legendary Porsche racer Jo Siffert, F1 race-winner Clay Regazzoni, the perennially unlucky Marc Surer and touring car champion Alain Menu just a few of the names to make it to the very top over the years.

Despite the long-standing ban on national-level motorsport, Switzerland still has a thriving grassroots karting scene and there are no shortage of options to take the next step from there into cars. Bordered by Italy to the South, France to the West and Germany to the North, up-and-coming Swiss prospects are blooded against strong competition right from the first green flag, which forces them to raise their level and adapt quickly to new surroundings.

Fässler had his formative racing experiences in France before moving to Germany and the DTM, while Buemi cut his teeth in the German Formula BMW championship, where he was spotted by Red Bull talent scout Helmut Marko. Rebellion team mates Beche, Tuscher and Imperatori went even further afield to race in Asia, giving the trio invaluable experience of a completely different racing culture.

Swiss drivers also benefitted from the opportunity to pit their skills against other nationalities in the A1 GP World Cup of Motorsport, with Jani becoming champion in 2007-2008. Buemi and Fässler were among the many drivers ‘capped’ by the Swiss team during the championship’s brief history, with Buemi especially benefitting from the experience of driving the V8-powered Lola in his early years.

Fässler, Buemi and Jani weren’t the first Swiss World Champions on the endurance scene and surely won’t be the last either. With plenty more youngsters on the production line, the Swiss motorsport legacy is sure to continue for many years to come.