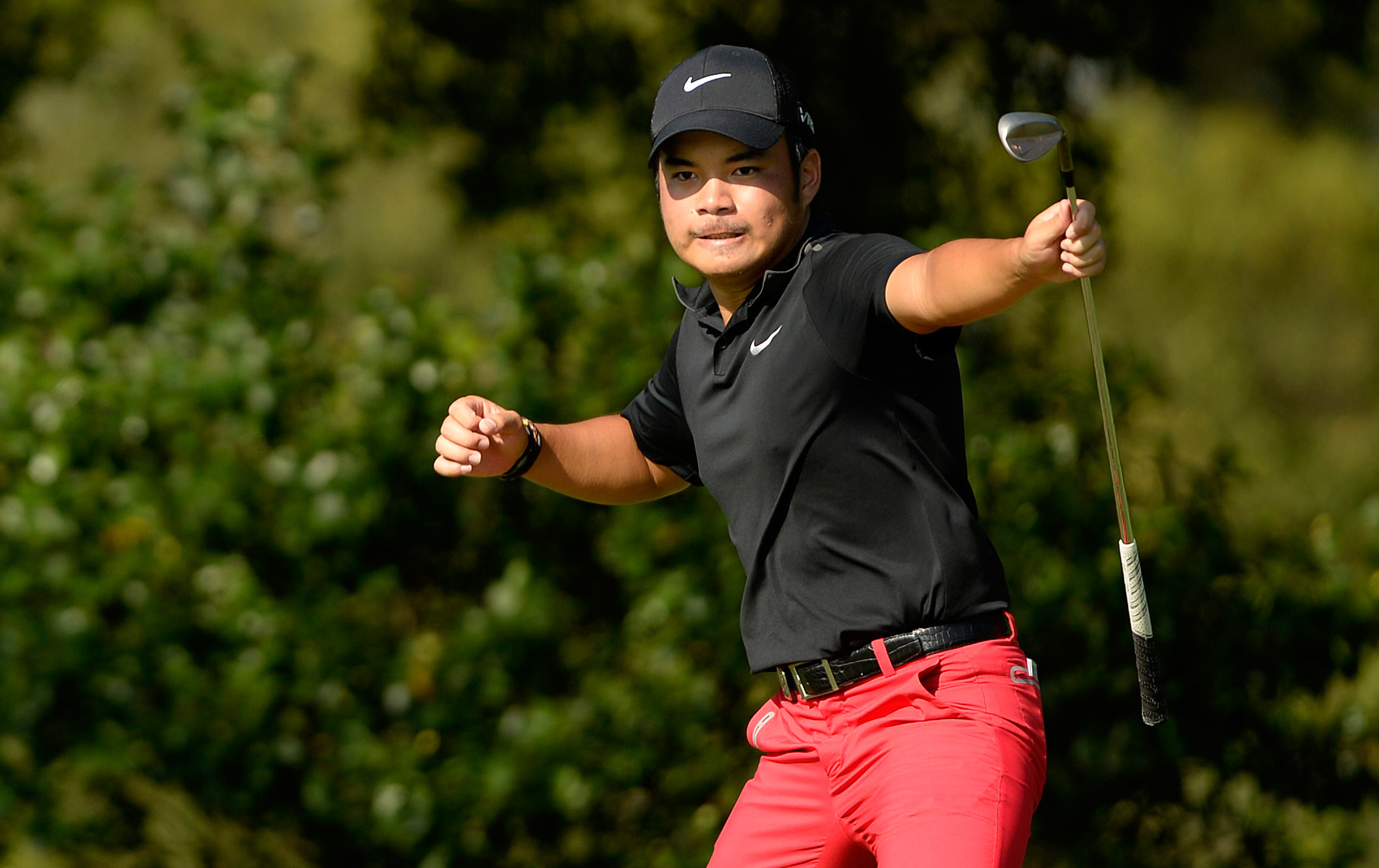 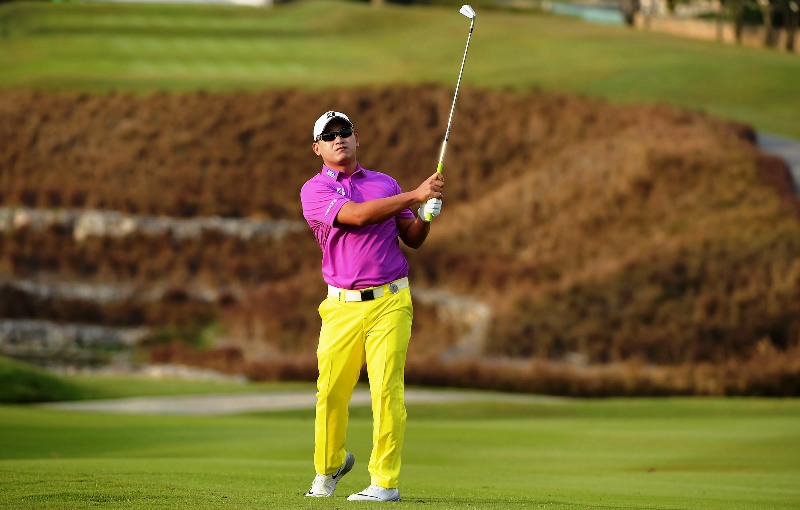 When Filipino rising star Miguel Tabuena picked seasoned campaigner Angelo Que as his partner for the ISPS HANDA World Cup of Golf, he knew one issue needed to be resolved quickly.

On Tour, the effervescent Que is nicknamed the “Human Highlighter” due to his preference to deck himself with bold, bright and luminous colours. Even his golf ball is yellow-coloured.

Despite being the younger man at 22, Tabuena, who will make his World Cup of Golf debut, is by far the more conservative of the two golfers when it comes to fashion choice and he promptly laid down the law.

“Angelo said to me ‘Mig, do you mind wearing my colours?’ and I replied ‘hmm, no man, we’ve really got to meet halfway,” recalled Tabuena, who is the reigning Philippine Open champion.

Sportingly, Que wasn’t fussed for the sake of team unity. As a pick, he now has a shot at the US$8 million prize pot at Kingston Heath, Melbourne from November 24 to 27.

“Miguel’s dad is ordering some stuff for us. I didn’t tell them what colours I wanted. I gave some input and I’m okay with anything. I understand nobody would wear the colours and combinations that I normally wear. Hopefully there’s at least one bright colour during the week,” said a hopeful Que.

Throughout his career, Que, 37, has been his own man.

“I always want to be different. I never followed anyone’s style. I have my own personality, I just like doing what I want. I prefer to wear bright colours as fans can easily spot me on the golf course,” he smiled.

“But I’m happy to toe the line for the team on this instance.”

Colours aside, Tabuena and Que will form Team Philippines’ strongest combination in recent times. The nation finished runner-up in the World Cup of Golf when Manila hosted the prestigious team event back in 1977 through Ben Arda and Rudy Lavares.

With 28 nations battling over four days using the fourball and foursomes format, Tabuena thinks it can be anybody’s week.

“I guess the format will be a big factor. I was leaning towards Tony (Lascuna) as my partner as I’m close to him but I wanted to go to the World Cup with a chance to compete and I think Angelo offers the best chance to our team. We both hit it about the same length and our games are very similar,” said Tabuena.

“Angelo has been playing well in Japan and if we can keep our momentum, who knows what can happen. In fact, we’ve played together in a domestic team event and we’ve never lost as a pair in three years. So we’re comfortable with the format.”

2016 has been a breakout year for Tabuena, who won his national Open last December. He subsequently earned a first Major appearance at the U.S. Open and also qualified for the Olympic Games in Rio.

“It’s the best year so far. I guess the Philippine Open win told me I can compete at the highest level. It’s nice. My game is in a stable place, I know where my game is,” he said.

“The World Cup is not a regular event and it’s going to be a fun event as we’ll be playing very aggressively. When you see the names on the trophy, it’s really impressive. It’ll be cool if our names can be up there as well.”

Although Que will be making his fourth World Cup of Golf appearance, he feels it is still an honour to represent his nation. “It’s a big deal. Representing your country is something good, especially the World Cup of Golf which is truly a team event. You’re not playing for yourself and it’s something different,” said Que.

“It’s great to be picked by Miguel. He’s a good player, he’s in form and it’s going to be fun playing with him. I didn’t think he would go for me, so I’m honoured and grateful. We both can make a lot of birdies in the best ball format and in alternate shots, we’re pretty much the same distance off the tee and pretty much play the same style of game.”

Que featured in the last World Cup of Golf at Royal Melbourne in 2013 but he did not enjoy the format then as players competed individually and combined scores with their partners.

“We didn’t feel like a team,” he said. “I’m looking forward to going to Kingston Heath as I’m told it’s one of the best courses in Australia. I enjoyed Melbourne during my last visit and the courses there are really nice. On a lot of the Australian courses, you need to work the ball and create the shots which I enjoy doing. It’s not just hitting it long and being in the right spot.”

Que wasn’t born when Arda and Lavares finished behind winners Seve Ballesteros and Antonio Garrido of Spain in 1977. Both Filipinos are household names and Que is hoping to have a run at the title with Tabuena.

“When we are there, we want to compete with the big boys. When you have this opportunity, you want to take advantage of it. It’s a team event, anything can happen. We want to try and contend, try to be as good as these players. It’ll be nice if we can win,” he said.

The 2016 World Cup will be the 58th staging of this event. For ticket information and to follow all of the news, player features and more as the event approaches, the ISPS HANDA World Cup of Golf web-site is http://www.pgatour.com/tournaments/isps-handa-world-cup-of-golf.html