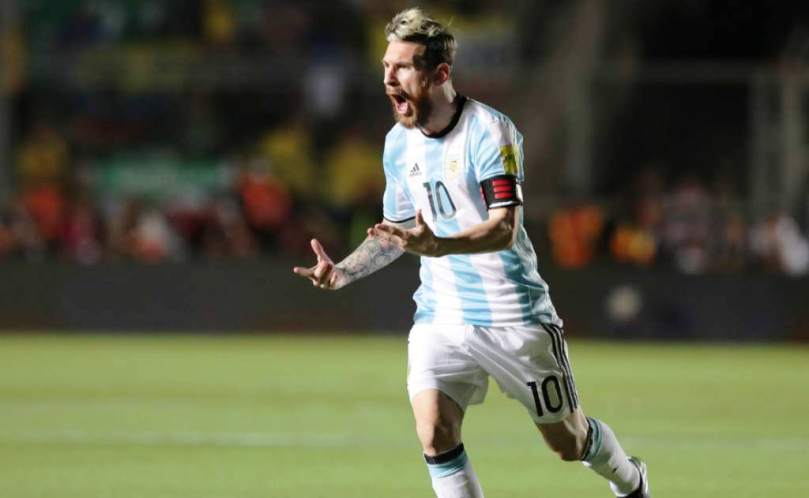 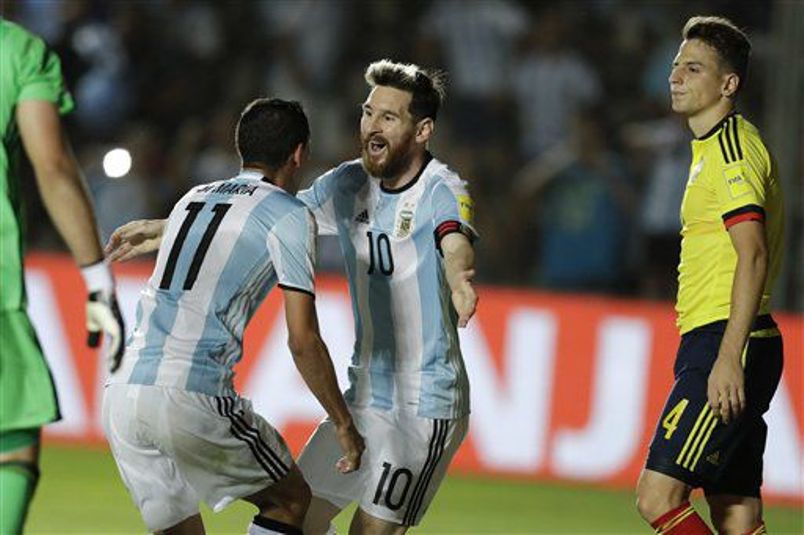 Lionel Messi scored a majestic free-kick as Argentina reignited their misfiring World Cup qualification campaign against Colombia on Tuesday before declaring a media boycott over claims of drug use by a team-mate.

Barcelona maestro Messi was at his bewitching best in a 3-0 win over the Colombians which included his 10th-minute 30-yard free-kick before assists for Lucas Pratto and Angel Di Maria.

But the feelgood factor from a win which catapulted Argentina into the qualifying places in South America’s campaign was short-lived at an explosive post-match press conference.

Addressing reporters as he stood in front of the entire Argentina squad, Messi said players would no longer speak to the media following a claim made on Twitter by one journalist that forward Ezequiel Lavezzi had been caught smoking pot in the camp.

“We have made the decision not to talk to the press anymore, obviously you know why,” the Argentina skipper said.

“There were a lot of accusations, a lot of disrespect, and the accusations they made against ‘Pocho’ (Lavezzi) are very serious.

“We know that most of you guys don’t play that game of disrespect. We can be criticised if we lose, or win, or if we play well or badly. But this is getting into personal lives. If we don’t put a stop to it now, we’ll never stop it.”

Lavezzi, who plays for Chinese side Hebei Fortune, has denied the claim and vowed to take legal action.

The media blackout deflected attention away from a convincing victory.

The two-time world champions had taken just two points from their previous four games to leave themselves languishing just outside the qualification berths in South America’s marathon qualifying tournament.

But Tuesday’s win puts Argentina back into the qualification positions in fifth place with six games remaining.

Beaten 3-0 by Brazil last week, Messi and his team-mates came out determined to prevent Colombia from registering their first win on Argentine soil since 1993.

Colombia hit back almost immediately with Radamel Falcao’s header from a Juan Cuadrado cross going just over the bar before Wilmar Barrios saw his shot from outside the area blocked.

But a boisterous Argentine crowd at San Juan’s Estadio del Bicentenario did not have long to wait for the opening goal.

A jinking Messi run ended with the Argentina captain being clumsily upended by Barrios around 30 yards from goal.

Messi, who scored two free-kicks from a similar distance in the Copa America Centenario in June, had no hesitation in stepping up once again and his spectacular whipping effort crashed in off the underside of the bar with David Ospina beaten. It was Messi’s 57th goal in his 116th game, giving him an average strike rate of just a fraction under a goal every two games.

Colombia responded with another headed effort from Falcao that went just over in the 19th minute.

But four minutes later Messi was to the fore again. A darting run on the right took him clear of the hapless Barrios, and his pinpoint cross picked out Pratto who calmly steered his header wide of Ospina for 2-0.

The result was never in doubt thereafter, and Messi engineered his team’s final goal with six minutes left, surging down the right flank and squaring for Di Maria who shot into the roof of the net. – Agence France-Presse