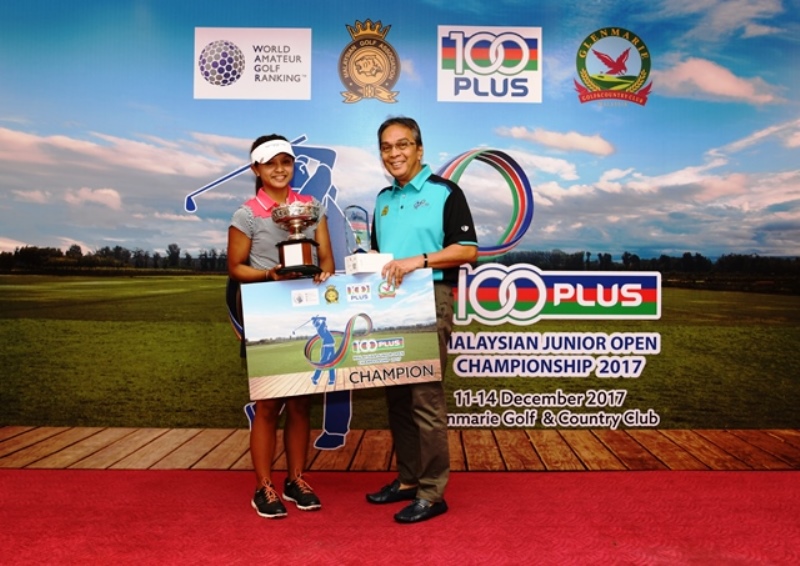 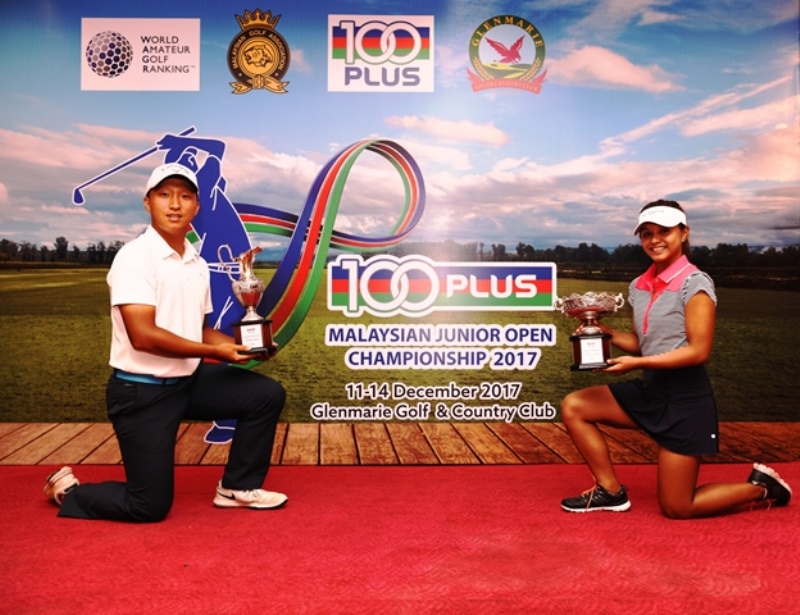 Malaysia’s Muhammad Afif Fathi, the defending champion, launched a fabulous comeback to force a playoff against South Korea’s Shin Taewon on the final day of the 100PLUS Malaysian Junior Open at the Glenmarie Golf and Country Club today.

Despite his remarkable comeback, Afif missed out on retaining the coveted junior title after being edged by Taewon in a pulsating two-hole playoff.

The 17-year-old Taewon, the overnight leader, was off the mark on the third and final day, firing a four-over 76 for a total of 217 strokes. Afif on the other hand was on fire and struck a three-under 69 to draw level with Taewon, forcing a playoff.

“I have to admit that playing in the leading group affected my game. I was under pressure when I did not land any birdies,” said Taewon.

“The plan was not to risk too much. I was playing safe and was just looking to par. But it did not happen. Luckily, I made the playoff and recovered to win. It was a reversal of fortune. I might comeback to defend the title next year.”

Afif later said he had little choice but play aggressively in an attempt to retain the title. He struck five birdies at first, second, third 11th and 18th holes against bogeys at the 7th and 10th.

“There were some mistakes although overall I played quite well today,” commented Afif.

“My first shot at the first playoff hole veered off course but I recovered at the bunker for a bogey and luckily Taewon did not fare well.

“At the second playoff hole, I felt the pressure and my failure to hit the green cost me the game.”

Meanwhile, another Malaysian, Victor Ng Yu Kai finished third, missing the playoff by one stroke. He performed well today, returning a card of two-under 70 for a three-day score of 218.

In the meantime, Mikhaela Fortuna from the Philippines served a surprise on two-day leader Winnie Ng to bag the girls’ title after hitting another four-under 68 for a three-day total of 208.

Winnie had to settle for the second spot a stroke behind. “It was very close until she (Winnie) hit a double bogey and I knew that I could win the title,” said Mikhaela.

“This is my first victory of the year and it has certainly put me in the right motivation considering that I will be enrolling in college next year.

After struggling at the first nine holes, the 17-year-old Mikhaela sank four birdies in quick succession to position herself firmly in the lead.

Winnie said: “I made far too many mistakes today … Mikhaela deserved to be crowned champion. There really was no pressure, but somehow I faltered at the end. And that was disappointing.”

Carding a two-under par 70 on the final day, was not enough for Winnie to force a playoff.