Home 2020 Tarquini: When you have a fantastic car, you can attack in WTCR 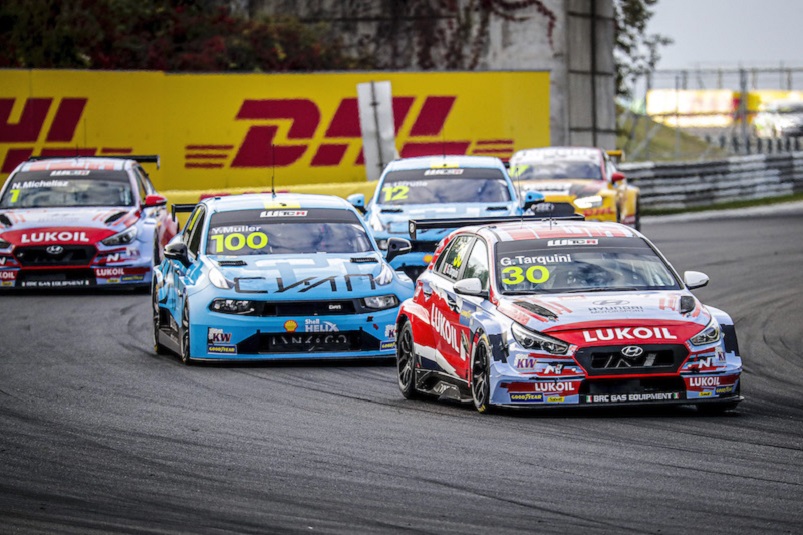 Hyundai-powered racers Norbert Michelisz and Gabriele Tarquini were in full overtake mode at WTCR Race of Hungary – once they got the opportunity.

After failing to go the distance in Race 1 – Tarquini retired with accident damage, while Michelisz pitted with a technical issue – Michelisz fought through from P15 on the grid to finish Race 2 in a fine fifth place.

Tarquini, who could do no better than P18 in Race 2 following contact with Tom Coronel, was back on form in Race 3, his climb from P12 to seventh place including passes on Yvan Muller and Yann Ehrlacher.

“Race 3 was my best race, because when you start in the middle of the pack you can’t avoid incidents,” said the BRC Hyundai LUKOIL Squadra Corse driver. “But I could survive the first two corners and after I start to attack the others in front of me because the car was fantastic. Norbi also showed a very good pace [in Race 2] and I could overtake people in front of me. I had a lot of fun to be honest and it’s good to score some points.”

Michelisz, who completed his home round of the WTCR – FIA World Touring Car Cup with P10 in Race 3, added: “In Race 2 [I could not] really hope for much more, starting the race from 15th. The car was working good so again I was able to push, I was able to put pressure on the cars in front. I really wanted to overtake the Audi in the end but [Nathanaël] Berthon was doing a really good job. In the end, I’m happy with the result.”