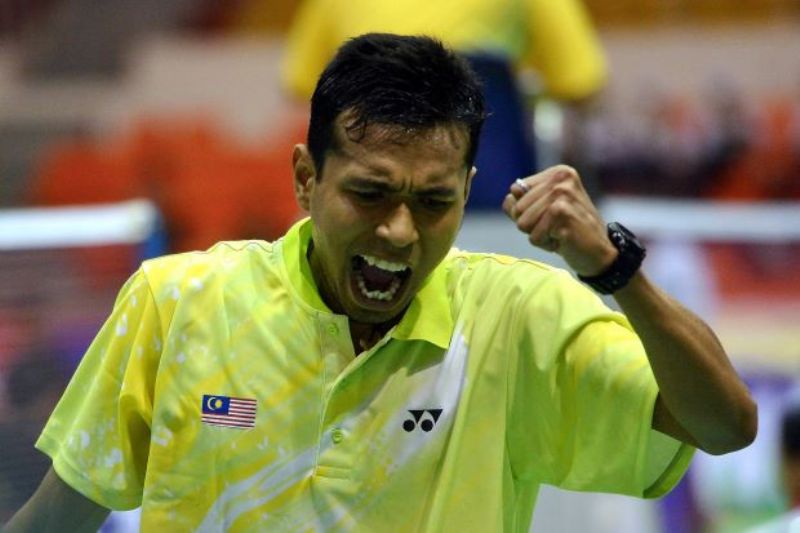 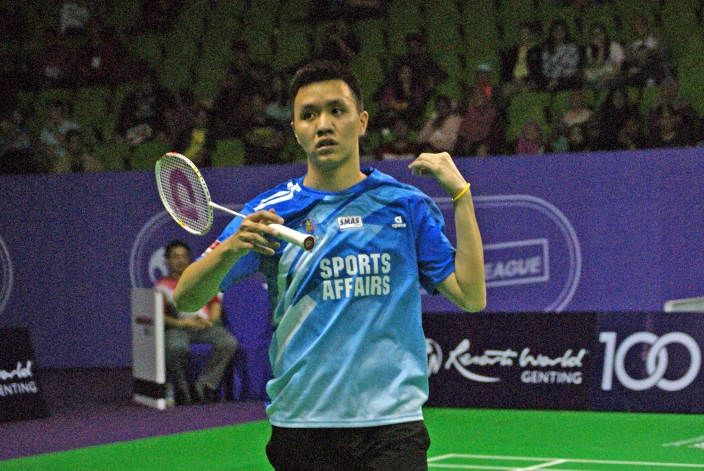 # Zulfadli left in tears after shown the exit in third round

A hasty Zulfadli Zulkifli blew up a healthy 18-10 and 20-11 lead in the rubber but simply lost focus and flopped miserably in his third round men’s singles match in the USD120,000 Victor Far East Malaysia Masters Grand Prix Gold at the Spice Arena in Penang on Thursday.

The former World and Asia junior champion could only cry unashamedly as he made his exit from the court and avoided meeting a host of sports journalists who had gathered at the mixed zone to interview him.

Zulfadli won the first set 21-11 but allowed Ajay to force a rubber after winning the second set 21-8.

The Malaysian ruled the court in the decider and even led 18-10 and 20-11 but in his haste allowed the Indian to reel off points – thanks to Zulfadli’s unforced errors punctuated by one or two questionable calls by the line judges.

Zulfadli was rattled and Ajay kept his cool – collecting point after point for a great comeback from the jaws of defeat.

Earlier there was joy in the Malaysian campwhen national champion Iskandar Zulkarnain Zainuddin marched into the quarter-finals when he subdued China’s Xue Song.

The 25-year-old Iskandar won 21-17, 18-21, 21-12 after a 66 minute battle to advance. He will play Hong Kong’s Angus Ng Ka Long for a place in the semi-finals on Friday in his first international tournament this year.

There was also drama in Iskandar-Xue Song match when he was shown a yellow card by the umpire for reacting in his victory. Iskandar threw his racquet in the air as he rushed to hug his coach first before returning to shake hands with the matches officials and his opponent – and was duly booke.

Iskandar, however, warmed the hearts of the local fans with a fine performance agains the Chinese youngster – intimidating each other with each point scored, much to the delight of the fans.

“I am happy to see the fans cheering me and this is very encouraging for me. I did not want to disappoint them,” said Zulkarnain, adding that to reach the quarter-finals has boosted his confidence.

“This is the first time i played Xue Song. The win will stand in good stead for my next match and my target now is to reach the semi-finals.”

Iskandar, however, was given a yellow card by the umpire for throwing his racquet in the air to celebrate before rushing to hug his coach Hendrawan instead of shaking hands with his opponent and match officials.

In the quarter-finals on Friday the Malaysian will be up against Hong Kong’s Angus Ng Ka Long who defeated Goh Soon Huat in straight sets 21-17, 21-13 in 37 minutes.

Meanwhile in the mixed doubles Tan Kian Meng-Lai Pei Jing marched into the quarter-finals in style when they won against French hopefuls Ronan Labar-Emile Lefel 21-10, 21-17 in 38 minutes.

And Pei Jing said playing two matches in the qualifying round was a blessing in disguise for the pair as the French pair struggled to get adjusted to the court conditions.

“The qualifying round matches actually helped us to get a feel of the court conditions. It helped us in many ways to beat our opponents,” said Pei Jing.