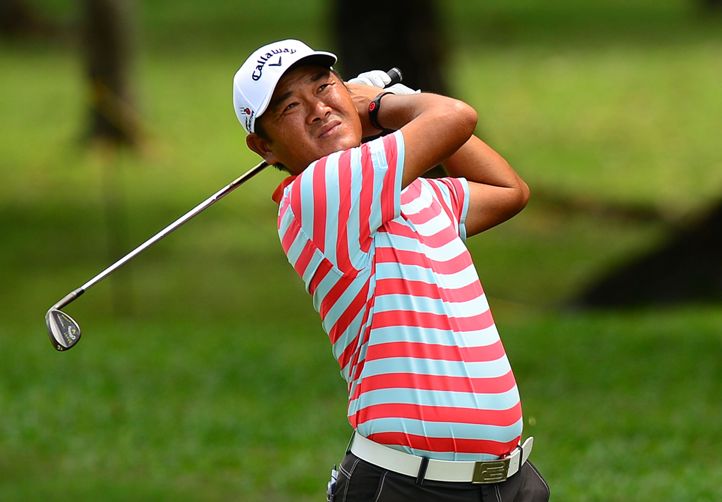 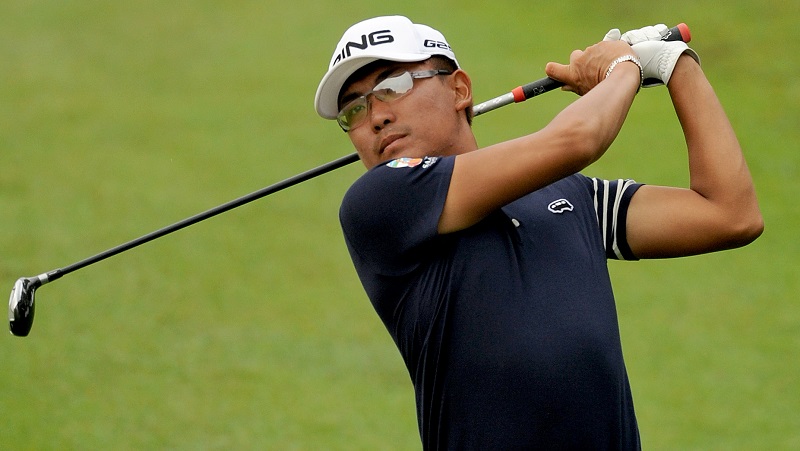 Proven Asian Tour winners Ben Leong, Nicholas Fung and Danny Chia are ready to fly the flag for Malaysia when they tee off for the Bandar Malaysia Open which gets underway at the highly rated Kota Permai Golf and Country Club on Thursday.

The trio, who holds a combined total of four Asian Tour wins and nine Asian Development Tour victories, are part of the 47-man strong local challenge vying to become the first Malaysian to win their National Open, which returns to the Asian Tour this week after a four-year hiatus.

Leong, the only Malaysian to win an Asian Tour event on home soil, is optimistic of his chances but will adopt a relaxed approach when he chases for a second victory and first since 2008 at the US$1 million event, sanctioned by the Asian Tour and in partnership with the Japan Golf Tour Organisation (JGTO).

Chia, a two-time Asian Tour winner, found an opportunity to give back to the game when he hosted a junior event, which was held in conjunction with the Bandar Malaysia Open, on the same venue last week. The 47-year-old enjoyed a tied-25th place finish when the event was last staged in 2015.

Fung, whose best finish at the Malaysian Open remains a tied-47th place result in 2014, believes he has the game to contend in his National Open. He got his season off to a disappointing start with two missed cuts in three events but will be looking to turn the corner with a fine showing this week.

India’s Rahil Gangjee and Scott Vincent of Zimbabwe, who is still chasing for an Asian Tour breakthrough, will feature in the talented 156-man field from 23 countries, which consists of over 50 Asian Tour champions and four Order of Merit winners.

The Malaysian Open boasts an illustrious list of past winners which includes India’s Anirban Lahiri and Arjun Atwal, Thai stars Thongchai Jaidee and Kiradech Aphibarnrat, as well as Korea’s Noh Seung-yul, who have gone on to lift the coveted Asian Tour Order of Merit crowns following their victories in the storied event.

It’s great to finally play our own National Open again. I was surprised when I heard about the return of this event. It’s a great news for Malaysian golf and all the local professionals. I have had a lot of good memories playing in the Malaysian Open, especially on this course.

We last played the Malaysian Open here in 2008 and I remembered I was tied for the lead after two rounds here. It’s nice to be back here. The course’s looking fantastic. It’s possibly one of the best around this area. The greens are fast. They did a really good job.

I hosted a junior event for the first-time last week. I had fun. It was a good experience. It was pretty stressful and I was very busy but it’s rewarding. It’s good to see so many people and companies coming out to support too. It’s important that we give back to the game.

I would like to see these juniors playing in more international events in the future. It will be a great experience for them to play against other top ranked players around the world and see where they stand. If you always play with the same people, it’s very hard to progress to the next level.

I have been struggling with a back injury. I can still play on the challenge tour in Japan. I am 47 this year and I will try to play till I turn 50 and join the seniors tour.

We played a small event here with the juniors last week. It was hosted by our countryman Danny Chia. We had good fun and I got a chance to see the course firsthand which helps. As usual, the course at Kota Permai is in great shape and the greens are running a little quick than usual. It will be interesting.

I’m going to treat this like any other event. Just normal, I know it’s easier said than done, but you know, that’s the mindset for this week. We have a good representation of Malaysian golfers this week with 47 of us in total. A big shout out to the Malaysia Golf Association for being so supportive.

Tee shots are important to set up birdie chances out there. It’s tough coming out from the rough and the fairways are not small and they are not big. They are just in between sizes so being on the short grass is definitely an added bonus.

I think my three-wood and five-wood need to perform well this week to have a chance. I had a tough year last year. I hope to do better this year and my aim for this season is to try and crack top-30 on the Order of Merit.

I have been playing well and hitting the ball good. I just think it’s not coming at the right time and that’s why results are not showing. I did some work with my coach Steven and did some club fitting as well. Checked with my team and it seems like all is good and we’re ready to go.

I’ve been missing the cut by a few shots. I think it’s my poor judgement with my second shots. Otherwise, all else feels good. We have a strong field this week but the local players have advantage because we get to practise here before the tournament week.

It was very nice of Kota Permai and I believe the local boys have all got good preparations done for this week. I won’t say it’s impossible for one of us to win the Malaysian Open for the first time this week.

I won’t put so much pressure on myself. I just want to go out there and have fun and enjoy myself out there. If you hit the ball well, the win will come. I had a tied-11th place finish on this course before.

But the course is not playing the same now. The trees have grown taller. It’s not a long course and placements are key on this course. Not so much an advantage for the big hitters.

The course is looking good. I’m pleasantly surprised by the conditions because you know it’s very humid out there. Greens are firm and fast, which is great for me. I remember playing here many years ago and I remember Arjun (Atwal) won here.

The game’s feeling a little rusty but I hope to get back into it quick. I had like a one-month off and I went to Kenya for holiday. I had a great time there. Feeling refreshed and recharged for this week.

I’m just trying to keep my body in check. To keep it nimble, so that I wouldn’t have to face too many problems and my mind will be fresh and clear, which is very important for us.

I want to win again, that’s for sure. That’s a bigger goal for this year. I looked at my stats with my psychologist and we realised that I need to play better on my par-fours. I am playing my par-fives decent but I need to work on my par-fours and try not to lose too many shots there.

That is my short-term goal now. I’m hitting long lines into the greens and that’s probably why I am making moves and stuff so I got to have to figure out a way to be better.

This is probably one of the best courses I’ve played in Malaysia. It’s in great conditions. I am very excited. My game needs a bit of work at the moment but it’s good to be back out and playing again.

It was nice to see my good friend Benjamin Follett-Smith coming through the Qualifying School two weeks ago. We’ve been hoping that he’s going to play like that because he’s very talented and he has got a lot of potential.

I am very excited for him to be out here and hopefully we can work together and push each other on. I have been trying to recruit a few players and it has taken a while for someone to come over to Asia and give it a try. It’s nice to have some company with Benjamin securing his Tour card now.