Home 2021 Thailand’s Kiradech and Korea’s An, Noh stay in TOUR frame at Korn... 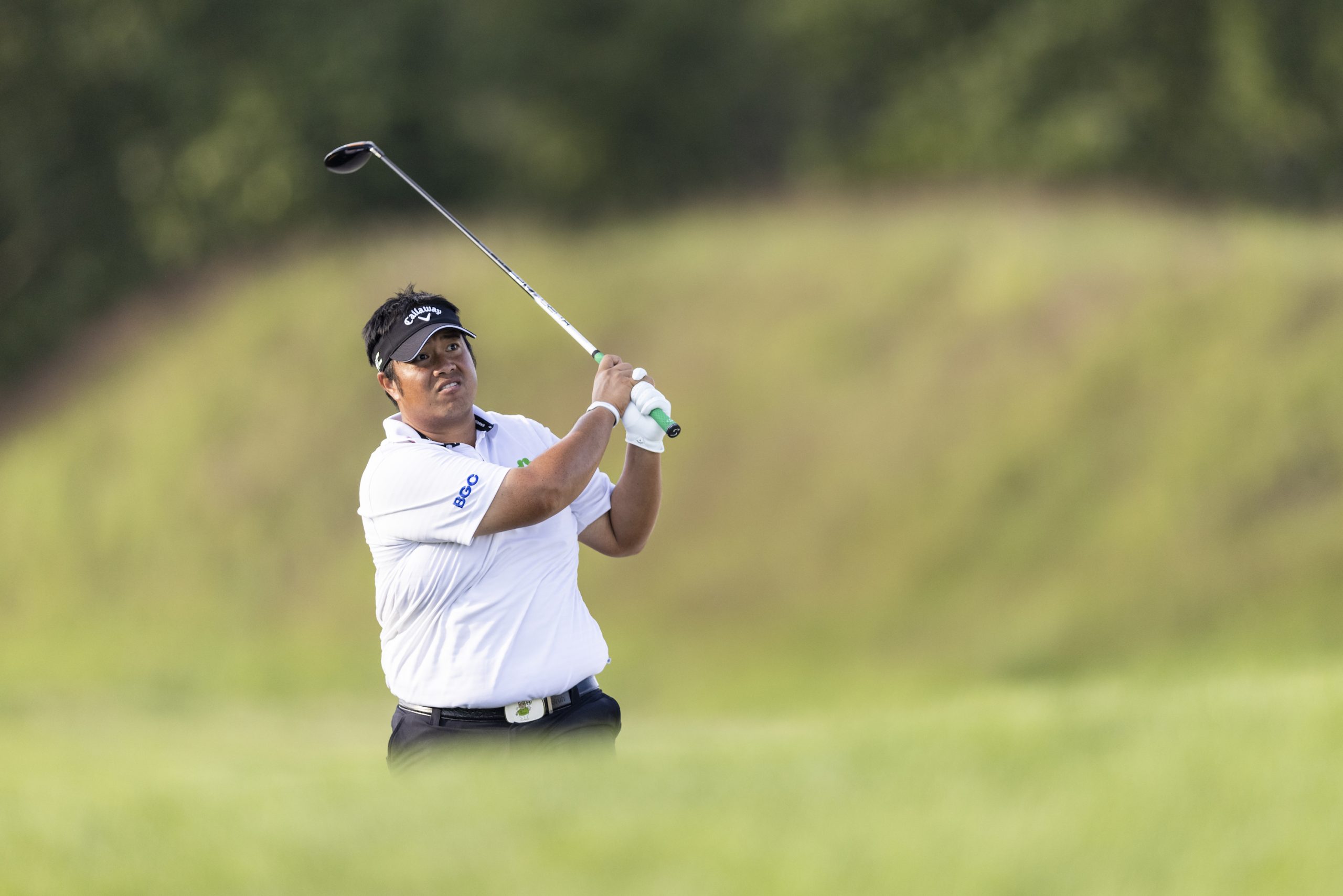 Thailand’s Kiradech Aphibarnrat and Korean duo Byeong Hun An and Seungyul Noh lived to see another day at the Korn Ferry Tour Championship presented by United Leasing & Finance as the trio kept alive hopes of regaining their PGA TOUR cards.

Kiradech carded a 4-under 68 in the second round on Friday to move up to a share of 13th place at Victoria National Golf Club alongside An, who returned a 69 for a 4-under 140 total. They are six shots back of leader Trey Mullinax. Noh, who is a one-time winner on the PGA TOUR, fired a 68 for tied 25th position.

With this week’s event being the final tournament of the Korn Ferry Tour Finals which will reward the top-25 players with PGA TOUR members, Kiradech moved to a projected 22nd place, An up to 40th and Noh in 29th position.

“There were a lot of good things in there, a bunch of birdies in the first two rounds but I also made a couple of easy mistakes. I’ll try to fix it as if you hit more fairways, it’s easy to make birdies,” said Kiradech, who has played on the PGA TOUR for three seasons but lost his card after finishing outside the top-125 of the FedExCup standings last month.

The burly Thai needs a projected two-way tie of 17th place or better to stay in the top-25 and regain his TOUR membership but has continued to endure some nerves. After getting to six-under for his round through 11 holes, Kiradech dropped three bogeys in his closing five holes against one more birdie. Two weeks ago, he was tied second going into the final round before finishing tied 20th and was in the top-10 last week before shooting a back nine 40 on Sunday.

“My putting was very good but ball striking still have a lot of work to do. I wasn’t good enough with some irons into the greens. A couple of bogeys coming from the middle of the fairway which is not good enough. I think I can still do better. I just want to go out and enjoy every single minute in this tournament,” said Kiradech.

After missing the cut in the first two Korn Ferry Tour Finals events, An has showed marked improvements this week, hitting 16 greens in his second round and currently ranking tied third for greens hit in regulation. He turned in 36 with two birdies against as many dropped shots before making birdies on Hole Nos. 11, 15 and 18. An, who has played on the PGA TOUR since 2016, needs a projected two-way tie for fifth or better to have a chance of regaining his PGA TOUR card.

“It was pretty good. I hit it decent yesterday, putted okay and didn’t make too many mistakes. Today I hit it better and drove it better and gave myself a lot of birdie chances. Shame that some didn’t drop. Golf is a funny game as I was missing some nine and six footers and on the last hole, I holed a 55 footer,” said An.

“Overall, it’s promising but I need a lot of work to be done in the next two days. Hopefully a nice two days. It’s a golf tournament and I’m out here. Maybe it’s the final event, but it won’t be the last tournament of my career. I’ve got a long career ahead. If it happens to be my week, then great but if not, there will still be tournaments to play. I’ll just go out play golf. I will try to keep it the same and hopefully, some more putts will drop which will be nice.”

Noh carded an inward 32 to move up to T25 and needs a solo 10th place finish or better this weekend. However, it was the end of the road for China’s Marty Zecheng Dou who carded a 72 to miss the halfway cut by one stroke and Japan’s Satoshi Kodaira who bowed out after a 79.

After an opening-round 63 on Thursday to match the course record, Mullinax posted a 1-under 71 to reach 10-under at the halfway point. He leads rookie Hayden Buckley by one stroke and a quartet of players by three strokes.