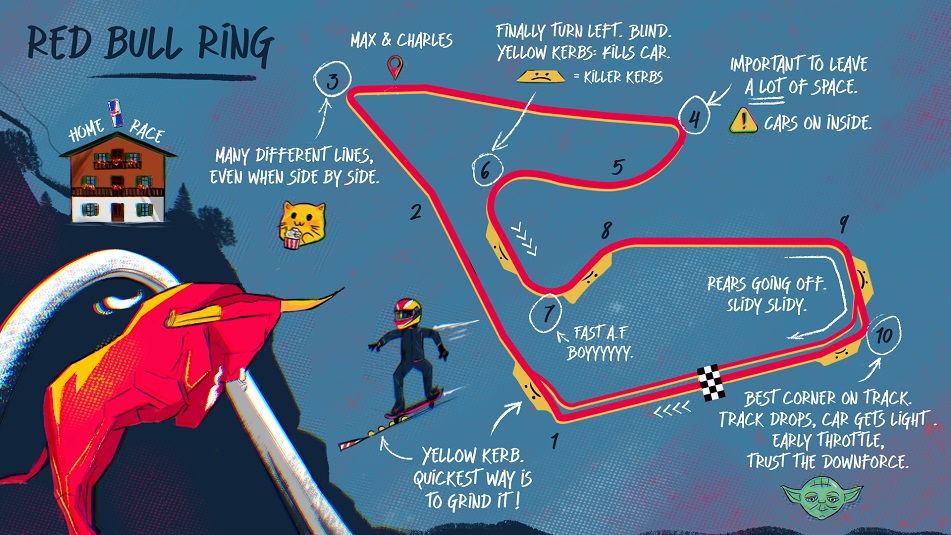 With third place in France, you scored back to back podiums for the first time in your F1 career. How do you summarise the weekend?

It was a positive weekend and it was great for the Team to take a double podium and score valuable points in the constructors’ championship. On my side, I am still making progress and things are coming together but everything is going in the right direction.

As a Team, we didn’t expect this kind of performance at a track that hasn’t suited us in the past.

As a Team we worked really well together in France. We made the strategy work and now we just need to keep it up. It’s time to look ahead and it’s still very early in the season so we need to keep working hard and treat every race as if it’s the last. The motivation from everybody is super high, and we’ll take this momentum forward to maximise our potential in the coming races.

I’m looking forward to racing for Red Bull at its home Grand Prix and we have two weekends now at the same track which I think will help me a lot in terms of progress and getting more experience in the car. The Team has done well here in the past so hopefully that form continues and we can get some good results.