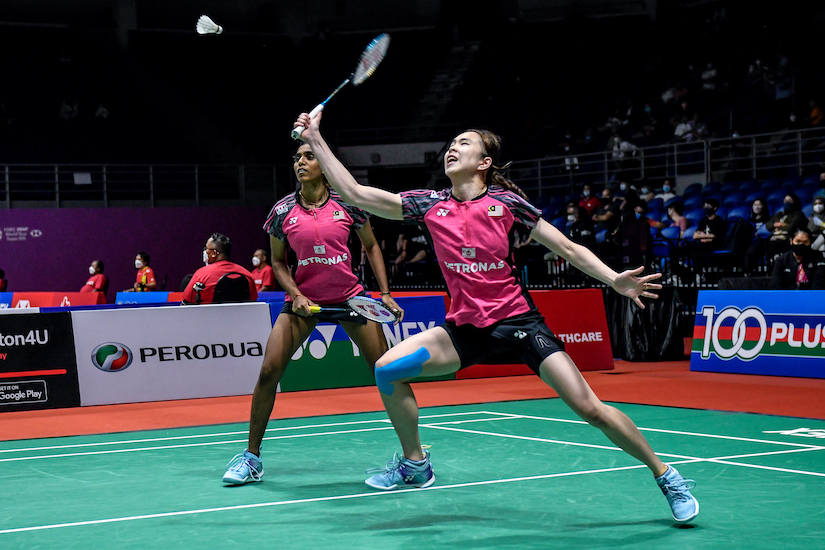 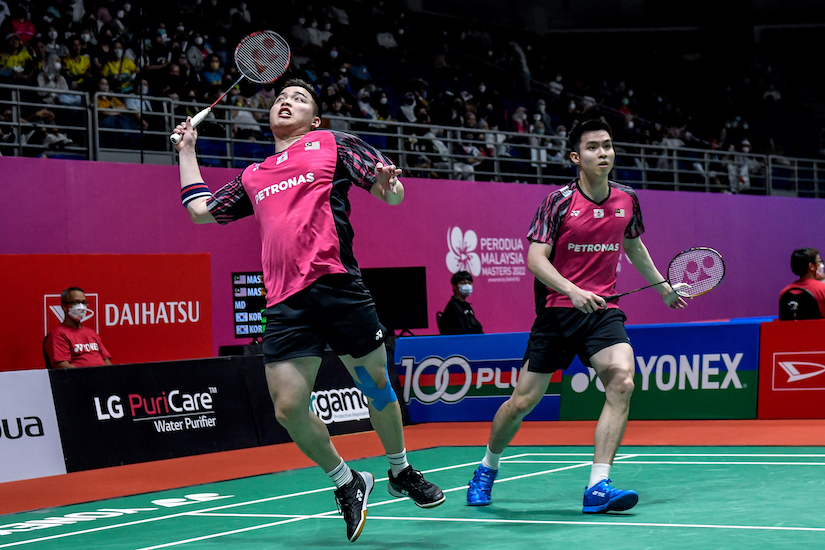 M.Thinaah-Pearly Tan led the charge of five national doubles into the quarterfinals of the Perodua Malaysia Masters earlier this afternoon at the Axiata Arena in Bukit Jalil.

The highly-rated women’s duo performed fiercely in the second round by beating the Japanese pair of Sayaka Hirota-Yuki Fukushima – the tournament 4th seed – in straight set, 21-14, 21-19 in 41 minutes.

“This victory really gives us further motivation for the quarterfinals. We had to play calmly and not be in a rush as they are an experienced pair and it is not easy to beat them. But thanked to the supporters who were present who gave us a lot of encouragement for this victory,” said Pearly.

In the quarterfinals, Thinaah-Pearly will have to raise the level of their game several notches when they square up against Indonesian doubles Apriyani Rahayu-Siti Fadia Silva Ramadhanti, who had just captured the Petronas Malaysian Open crown a few days ago.

The duo of Anna Ching-Teoh Mei Xing conjured some mesmerizing attacking display in the second round to dump the fifth-seeded pair from Japan, Mayu Matsumoto-Wakana Nagahara, 21-11, 21-15 in a 38-minute duel.

Awaiting them in the quarterfinals tomorrow will be South Korean doubles, Jeong Na Eun- Kim Hye Jeong, currently ranked 11th in the world.

Meanwhile, the country’s top men’s doubles pair of Aaron Chia- Soh Wooi Yik did not face many problems to advance to the quarterfinals of the meet after beating South Korean duo Kim Gi Jung-Kim Sa Rang 21-18, 21-18 in just over half-hour.

Awaiting them in the quarterfinals is a crack pair from Chinese Taipei, Chang Ko Chi- Poh Li Wei. 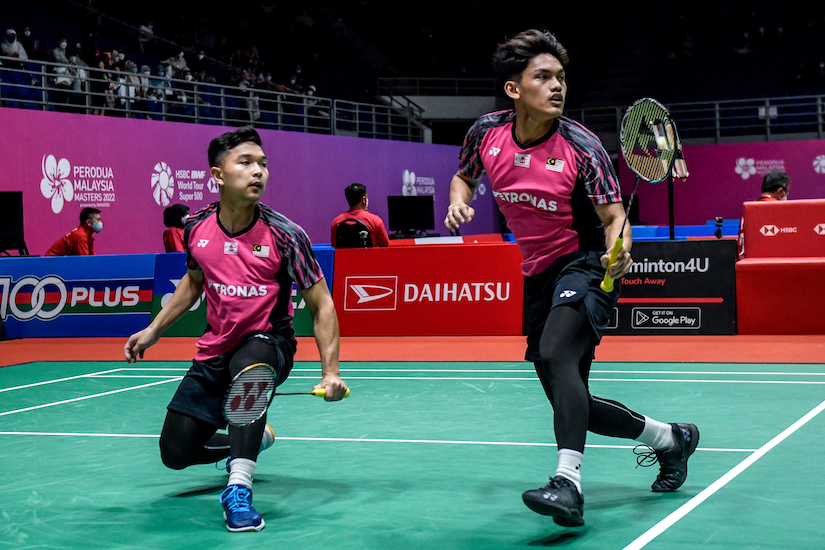 However, the lads will need to be at their best when they take on Indonesian pair Fajar Alfian- Muhammad Rian Ardianto tomorrow.

Soon Huat-Shevon will meet the tournament’s second seed from China, Zheng Si Wei-Huang Ya Qiong next.

Meanwhile, national men’s singles Ng Tze Yong could not deliver a surprise over the tournament fourth-seeded Chou Tien Chen from Chinese Taipei when he fell to an 18-21, 16-21 loss to the latter.