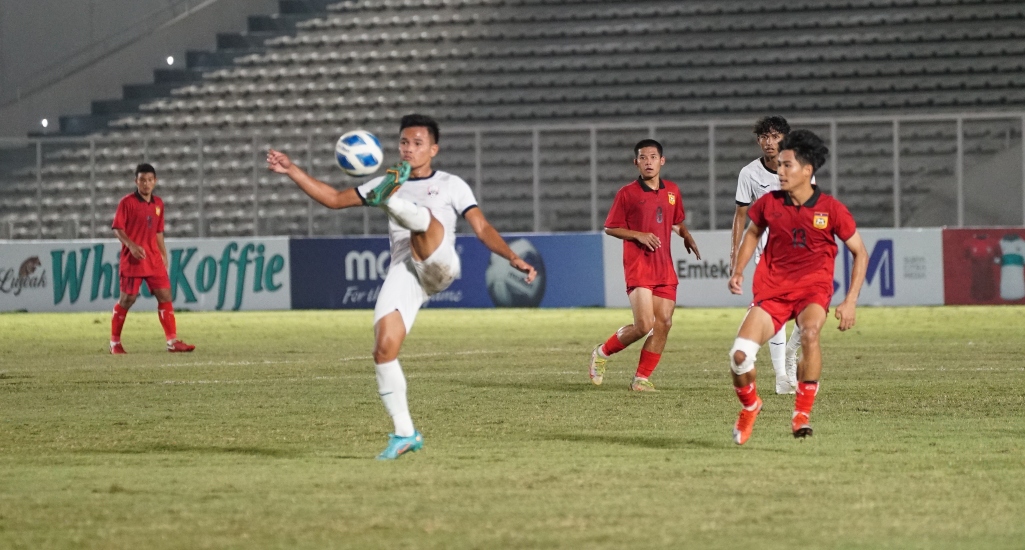 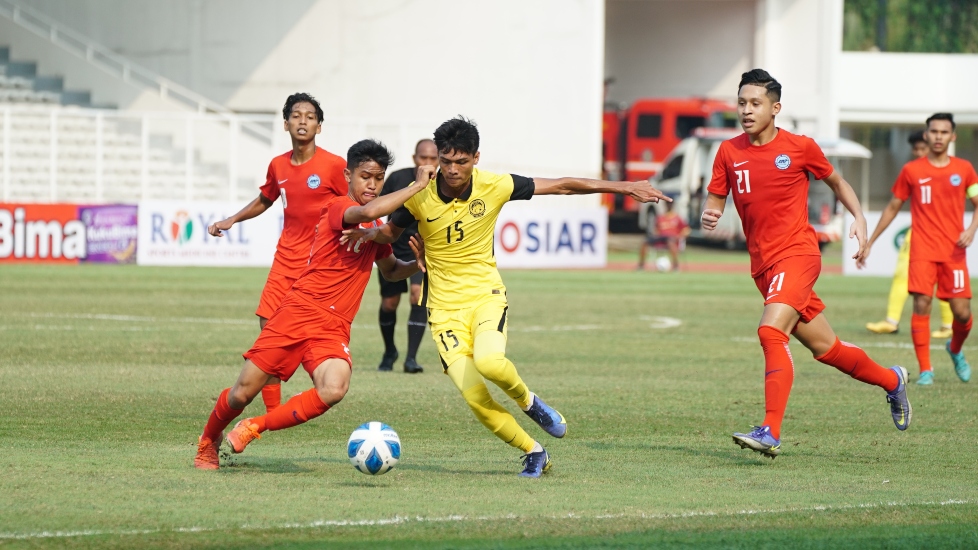 Laos stayed top of Group B of the AFF Under-19 Boys Championship 2022 following their close 2-1 win over Cambodia here tonight at the Madya Stadium.

Playing in only their second game of the tournament, Laos made sure of the full points with a brace from striker Peeter Phanthavong.

Following some sustained pressure at the start and as Cambodia were still trying to find their footing, Phanthavong fired in a 25-metre pile driver in the seventh minute past a rooted Reth Lyheng to give Laos the lead.

And the few Laos fans at the stand were on their feet again in the 25th minute when Phanthavong nodded home a corner to beat Lyheng for the second time on the night.

The game went up a gear into the second half as Cambodia went in search of their first goal of the game as Laos were content to just sit back on their advantage.

As the clock continue to trickle down, Cambodia finally carved their first goal of the game in the 85th minute when Sovan Dauna slotted home from the edge of the box.

But the goal failed to re-ignite Cambodia’s campaign as the score stayed all the way to the end.

Meanwhile, Malaysia stayed second in the standings after being held to a scoreless draw by a determined Singapore side.

In what was a duel between two bitter rivals, the Malaysians opted to rest several of the players who had played in the first game while Singapore were anxious to get at least a point after falling twice in their first two matches in the group.

The game was restricted mostly to the centre of the park with constant stoppages as both sets of players struggled to make edgeways into their opponents’ final quarter.

But in the end, the score remained deadlock although Singapore did come the closest to getting the only goal of the keen exchange in the 67th minute, but neither Raoul Suhaimi nor Ilyasin Zayan could make it count in a goalmouth melee.