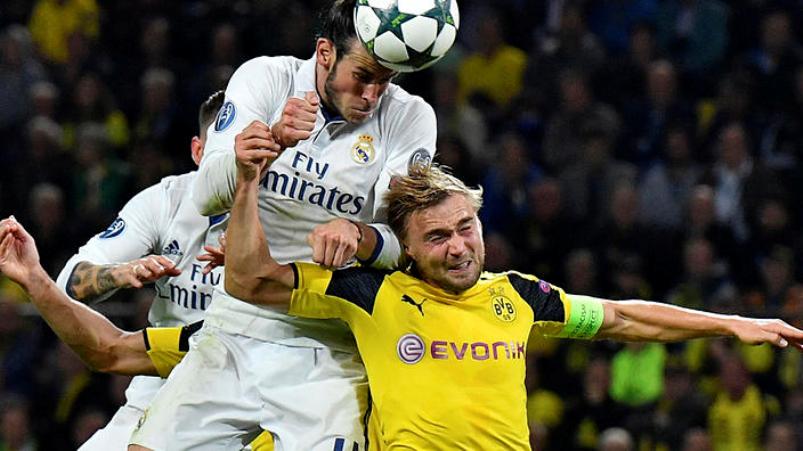 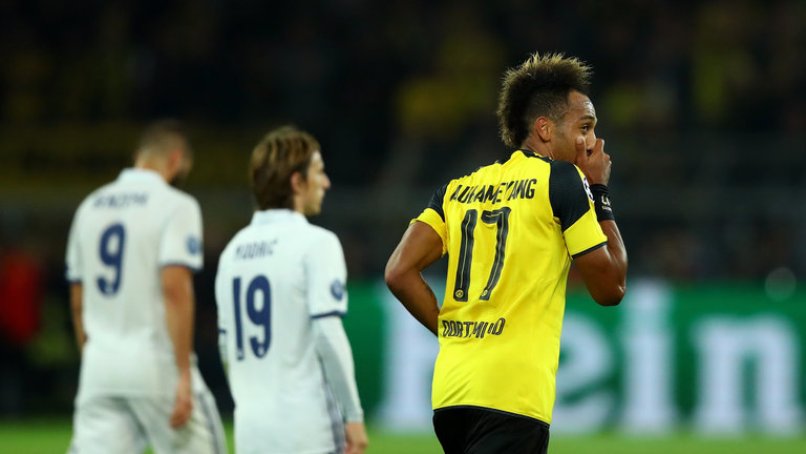 Zinedine Zidane admitted he was frustrated at Real Madrid’s third straight draw after Andre Schuerrle’s late equaliser ensured a 2-2 stalemate at Borussia Dortmund in the Champions League on Tuesday.

Real’s serene run since Zidane took charge in January has hit a minor slump in the past week as Real dropped points against Villarreal and Las Palmas to snap a 16-game winning streak in La Liga.

The defending European champions were heading towards a first win in Dortmund at the sixth attempt in the Group F contest thanks to goals by Cristiano Ronaldo and Raphael Varane.

But Schuerrle struck with three minutes left as Dortmund came back for a second time after Pierre-Emerick Aubameyang was credited with the goal which cancelled out Ronaldo’s early effort.

“The shame is it is three games in a row now which we have drawn,” said Real coach Zidane.

“The players played a geat match, the result is a difficult one to accept, because we deserved a bit more, but it’s not a bad result.

“I think in the first half we suffered a bit, because they pressed a lot and we knew it is a difficult place to come and play against a good team.

“I am very proud of the game we played, but when you concede three minutes from the end it hurts, especially given the effort the players put in.”

Germany winger Schuerrle came off the bench to rescue Dortmund’s unbeaten record against Real at their Signal Iduna Park stadium.

“We started very well and found enough space for our game, but in the last third, we took the wrong decisions,” said the winger.

“If you come back twice against Real Madrid, that’s a nice feeling. That will help the team to grow together.”

The 25-year-old finished with a heavily-strapped right knee and hopes to be fit for Saturday’s match against fellow Champions League side Bayer Leverkusen in the Bundesliga.

His coach said Dortmund did well to come back twice.

“It felt good to have twice been behind, but still not to have lost, but we could have done better,” said Thomas Tuchel.

“We lost control of the game in the second half, but we showed some good morale and reacted well after their second goal.”

Aubameyang was credited with the equaliser just before the break as Keylor Navas fisted out a Raphael Guerreiro free-kick only for the ball to rebound back towards goal off Varane.

But the French international defender enjoyed second-half redemption when he stabbed home on 68 minutes before Dortmund levelled in the dying stages.

“All in all, we can live with the result, but it’s never nice to concede a late goal,” said Real’s Germany midfielder Toni Kroos.

“It’s a bit annoying, but a draw is a fair result overall.

“They were very strong and controlled the ball in the first half.

“They pressed us early and we didn’t see enough of the ball in the first 45 minutes to our taste, which we were able to correct.”

James Rodriguez, who along with Gareth Bale helped to set up Ronaldo’s opener, said the draw will act as a confidence boost.

“We leave here with very good sensations, which is different to the last two games,” said the Colombia playmaker.

“They always press a lot, it is a very difficult place to come and the fair result would have been for us to win.

“We’ve drawn in the last two La Liga games. We have another game on Sunday and we need to bounce back,” he added ahead of their Spanish league match at home to Eibar on Sunday.

Real’s next Group F outing is at home to Legia Warsaw next month, while Dortmund visit Sporting, who beat the Polish champions 2-0 on Tuesday. – Agence France-Presse