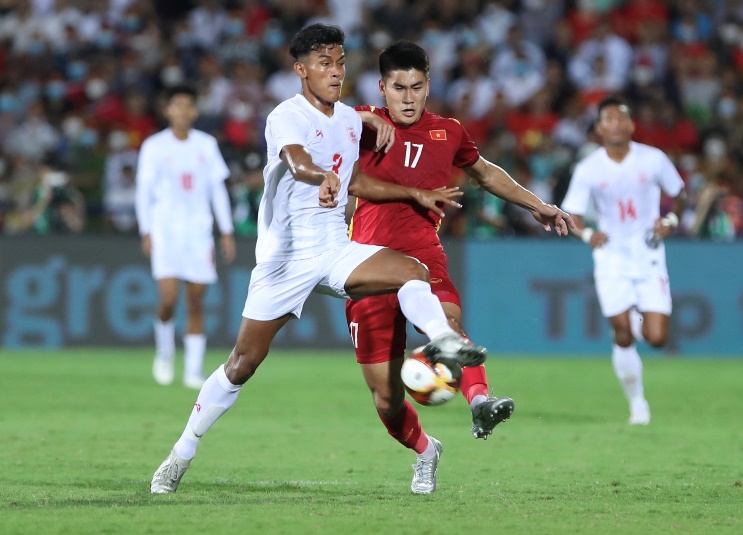 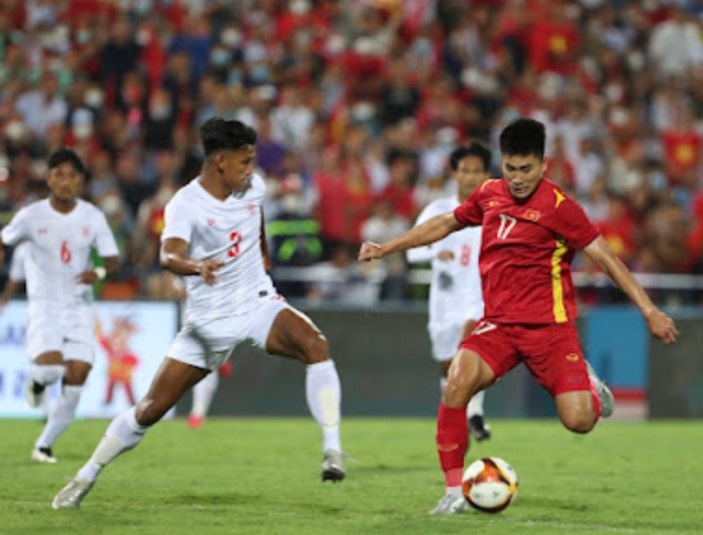 It has developed into a three-way battle in Group A of the men’s football event at the SEA Games 2021 with little separating the top three teams at the end of their third matchday earlier this evening at the Viet Tri Stadium.

Indonesia crushed the Philippines 4-0 while Vietnam eked out a slim 1-0 win over Myanmar.

The host had to work hard before they were able to edge Myanmar off a solitary strike from Do Hung Dung in the 76th minute.

In the meantime the Philippines, who had at one point led Group A after a bright start to their campaign this year, slumped to yet another defeat which in effect ended their hopes of a place into the next round.

In turn, Indonesia picked up their second win in three matches after their loss to the host in their opening game to stay second in the group.

Against the Philippines, the Indonesians were on target twice in each half for the hard earned victory.

Muhammad Ridwan slotted home the lead after 18 minutes before Rizky Ramadhani doubled the advantage with a minute left of the first half.

Egy Vikri Maulana then made it 3-0 with the third goal on 74th minute as Marselino Ferdinan then finished things off five minutes to the end.

At the end of the matchday today, Vietnam led Group A with seven points from three matches as Indonesia and Myanmar stayed second and third respectively with six points each from the same number of games.