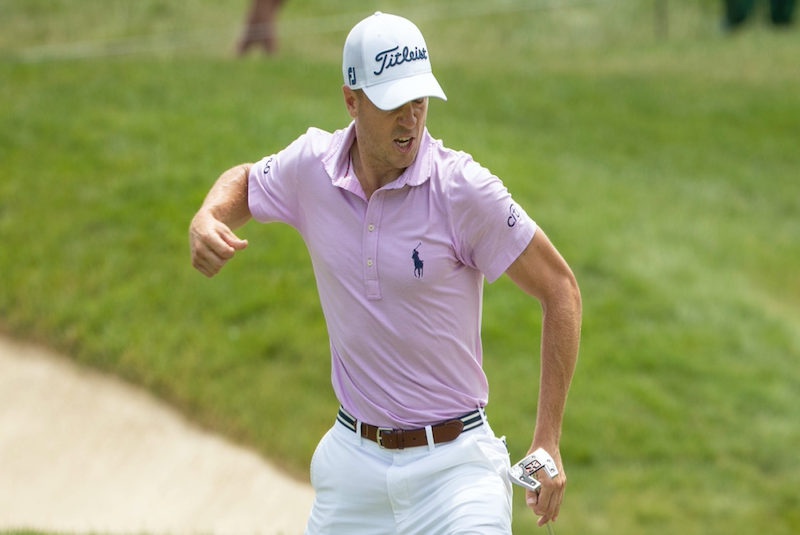 Defending champion Justin Thomas goes into a different kind of title defence mode at THE CJ CUP @ SHADOW CREEK in Vegas starting on Thursday where he will seek a third victory in four years some 10,000kms away from one of his favourite hunting grounds in Korea.

With the US$9.75 million tournament moving from The Club @ Nine Bridges in Jeju Island, where Thomas was triumphant in 2017 and 2019, to Shadow Creek this week, the 13-time PGA TOUR winner also intends to maintain his reputation as a high achiever during the TOUR’s fall season.

Since the TOUR began the wraparound schedule in 2013-14, he has won four times. No other player has won more than twice. However, he will not only face a new challenge in the highly rated Shadow Creek but also a stellar field assembled this week which includes 25 of the top-30 players from last season’s FedExCup final standings and 37 players from the world’s top-50.

“Yeah, in terms of playing the same event, I can’t imagine being much farther apart or across the country than this, for example, but CJ does an unbelievable job of putting on a great event. Even here at Shadow Creek, it has the same vibes and seeing the same people involved with the tournament. I even had some Korean barbecue for lunch yesterday, which was still incredible,” said the 27-year-old. “Obviously wish we were able to be at Nine Bridges at Jeju Island, but obviously Shadow Creek is a pretty unbelievable alternative.”

This will be the first time the Tom Fazio-designed masterpiece has played host to a PGA TOUR event. Thomas has played leisurely rounds at Shadow Creek twice previously and expects a stern test especially on the putting surfaces.

“I think it’s going to be very dependent on how it’s set up. The greens are very severe but if it’s set up hard and it gets a little bit firm, then it’s obviously going to play a little bit more challenging,” said Thomas, who finished tied second on last year’s FedExCup standings.

With two of this year’s Asian swing events, the other being the ZOZO CHAMPIONSHIP in Japan, being played in the West coast over the next two weeks, Thomas, who holds four victories on Asian soil, said he will miss the annual voyage to the Far East.

Thomas expects to put on display his trademark attacking brand of golf at Shadow Creek in search of a first victory in the 2020-21 PGA TOUR Season. “That’s the biggest thing is when you have an opportunity to score, then you need to be going at the pin because for what the scores I feel like probably will be this week, I mean, I think they’ll be pretty low. You’re going to need to make a lot of birdies. So if you’re hitting it well, you’ve got to attack and I think that’s going to be the mindset this week,” said Thomas.

He recalls every bit of last year’s victory over Danny Lee of New Zealand and he was also able to also savour his second THE CJ CUP win with his parents, who travelled with him to the Far East.

“The highlight was probably having my parents there, for them to just take the trip with me to Asia. They’ve never been, it was my dad’s birthday week and my mom asked what he wanted to do and he’s like, let’s go, there’s not a whole lot going on in Louisville, Kentucky, in October. And my mom’s never going to say no to watching a tournament. So they came and they did a little bit of exploring. They went to Korea and Japan. To be able to win with both of my parents in Asia is something I didn’t think would be happening, for them to both be there and coincidentally win. It was really cool to be able to share that moment with them,” he said.

“I feel comfortable out there (at Nine Bridges) and I feel like I know how to play it. At that point it’s just about executing and kind of picking my spots.”

Other contenders this week include 2018 THE CJ CUP winner, Brooks Koepka, who returns to competition after an eight-week break to recuperate from knee and hip injuries and World No. 2 Jon Rahm, who will make his tournament debut this week.

“A million times better …. Obviously nice to be back. Spent the last two months pretty much rehabbing, getting everything squared away. Feel good. Started hitting balls maybe 10 days ago. Actually been pretty good. Got out here on Thursday, went out to Butch’s (Harmon, his coach) place, just hit a few balls. Then obviously just ready to get the week started,” said Koepka, a seven-time PGA TOUR winner.

“I’ve got my body squared away, feels a lot better. I didn’t know how bad I felt until I actually feel good. It’s nice to be back. I don’t feel like I’ve lost anything. I feel good now, so I’m just pleased to finally feel good. Still got a couple of events and then Augusta. You know, the year’s not over.” 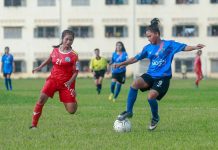