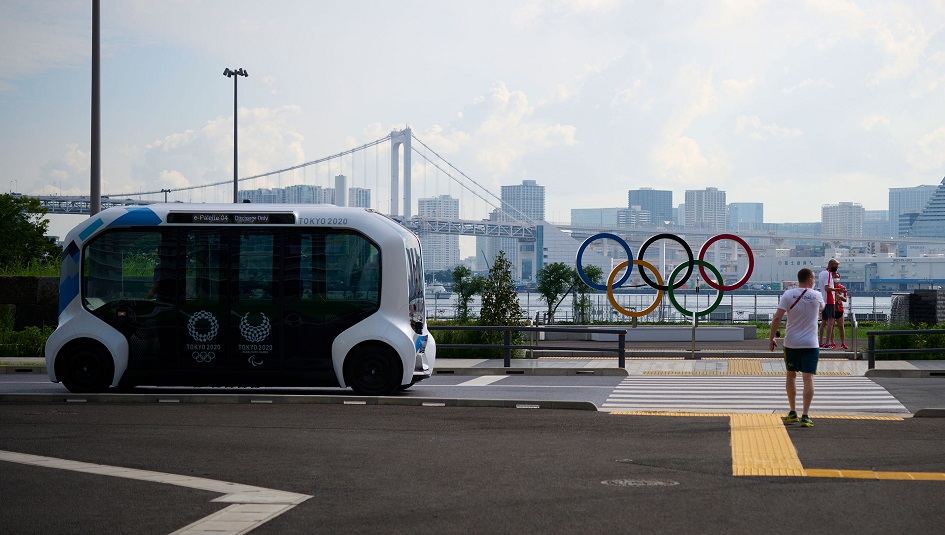 From heatwaves to unreliable snow and tropical storms, the consequences of climate change are becoming more tangible all around the world. Sporting events must adapt to the impacts of climate disruption, and the Olympic Games are no exception.

The primary concern in this respect for the organisers of Tokyo 2020 is to mitigate the impacts of high city temperatures on athletes, volunteers and officials. In parallel, they are also looking to reduce the footprint of the Games themselves and use their visibility to promote a more sustainable way of life.

“Climate change affects everybody on this planet,” says Tokyo 2020 Senior Director for Sustainability Yuki Arata. “As a major global event, the Olympic Games have a responsibility to reduce emissions and be a catalyst for sustainable development.”

To mitigate the effects of rising temperatures and protect athletes’ health, organisers made the decision in 2019 to move the marathon and race-walking events to Sapporo, where daytime temperatures are expected to be as much as five degrees centigrade cooler than in Tokyo. Other impacted events have been scheduled for earlier in the day or later in the afternoon to avoid the midday heat.

At the events themselves, athletes will have access to additional shaded space, as well as water sprays and ample supplies of water. The Beat the Heat initiative, an awareness-raising campaign, provides guidance to athletes on how to manage hot and humid conditions. Outside the stadiums, the Tokyo city authorities have planted additional trees and are creating green spaces to take the edge off the city’s heat. Heat-reflecting pavements will help keep temperatures down.

Besides adapting, Tokyo 2020 has pledged net zero carbon emissions, which many see as an opportunity to accelerate the city’s transition to a more sustainable future. In a bid to source a maximum of Games electricity from renewable sources, biomass energy is being purchased directly from a plant in Kawasaki City, and solar power from Fukushima. A hydrogen station in Harumi, where the Olympic Village is located, will power homes and cars alike. And where it has not been possible to procure renewable energy, Tokyo 2020 is using green power certificates to compensate for the use of non-renewable electricity.

The Tokyo 2020 carbon offsetting programme considers the full scope of direct and indirect emissions related to the Games, including the construction of venues and the transportation of athletes and officials. Organisers will recalculate the Games’ carbon footprint when the event is over. However, they aim to compensate more than their remaining emissions.

Following the unprecedented postponement of the Games, a decision was made by the Japanese organisers not to allow entry into Japan for overseas spectators due to the prevailing worldwide COVID-19 pandemic. According to a recently published update to the Tokyo 2020 pre-Games sustainability report, this will lead to a reduction of emissions of around 340,000t-CO2. The 8 July decision by the Japanese organisers that no spectators will be allowed into any venues in Tokyo during the Olympic Games will likely impact these emissions further. A final calculation on emissions will be made after the Games, and will be included in the Tokyo 2020 post-Games sustainability report.

Beyond Tokyo 2020, organisers of the upcoming editions of the Olympic Games will be required to go a step further in addressing climate change. In March 2020, the IOC took the decision that, from 2030 onwards, all Olympic Games will be required to be “climate positive”. This means that they will reduce their carbon emissions in line with the Paris Agreement, compensate more than 100 per cent of their remaining emissions and use their influence to incite effective action against climate change. Paris 2024 has recently committed to staging the first climate-positive Games.

The IOC itself is committed to becoming climate positive by 2024. In addition to reducing its emissions in line with the Paris Agreement, the IOC will compensate more than 100 per cent of its remaining emissions, mainly through the planting of an Olympic Forest. – olympics.com