Home 2021 Tokyo2020: Triumph for Thompson-Herah on night of thrills and spills 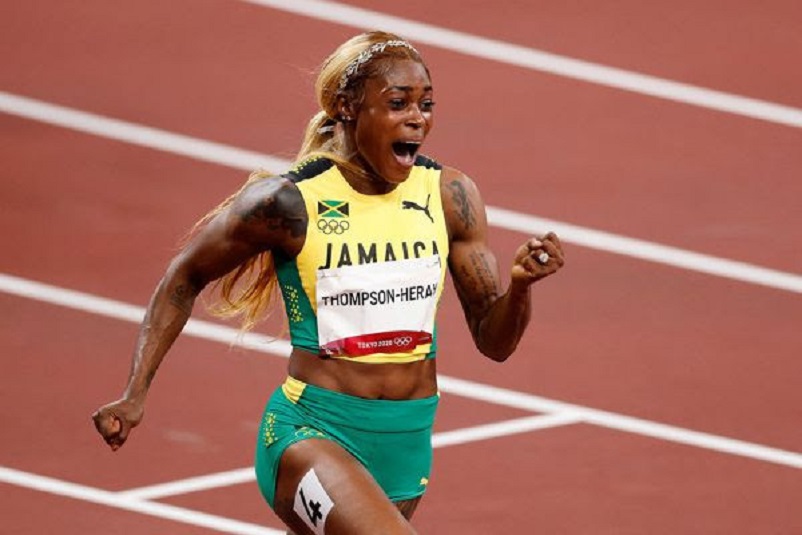 An oval 400m track rarely produces as many twists and turns as unfolded on the second night of athletics competition at the Tokyo Olympic Games, highlighted by a second consecutive 100m crown for Elaine Thompson-Herah, a Swedish tag team in the men’s discus and Poland’s historic victory as the mixed 4x400m made its Olympic debut.

Between them, the two Jamaicans have dominated the women’s sprints for more than a decade. Thompson-Herah held the upper hand in 2016 but Fraser-Pryce appeared to have taken the ascendancy in the run into Tokyo when she set a personal best time of 10.63, the fastest in the world for 33 years in Kingston in June.

But Thompson-Herah was not deterred. She bounced back to defeat Fraser-Pryce a month later in Szekesfehervar in 10.71 to show that she would be a force at the Games.

Fraser-Pryce looked the more impressive during the early rounds in Tokyo, but when it came to the final Thompson-Herah unleashed the best race of her life.

For a moment mid-race the two Jamaicans were locked together but then Thompson-Herah began to ease away from her rival, establishing a metre lead with 10 metres to run, at which point she raised her arm and pointed to the clock.

That too was worth watching. She stopped it in 10.61, equalling the second-fastest 100m time in history. Only the late Florence Griffith Joyner’s 33-year-old world record of 10.49 is faster.

“I am really excited to come back and retain my title. My chest hurts, I am so happy,” Thompson-Herah said.

“I could have gone faster if I wasn’t pointing and celebrating early. But that shows there is more in store so hopefully one day I can unleash that time.”

Fraser-Pryce claimed the silver medal in 10.74, while Shericka Jackson completed the Jamaican trifecta, finishing third in 10.76.

If sprinting is Jamaica’s athletic domain, the Swedes have annexed men’s discus throwing.

In the 1000th Olympic athletics final of the modern era, world champion Daniel Stahl proved again that he is one in a million.

He took control of the event with a second-round throw of 68.90m and never relinquished it.

His training partner and rival Simon Pettersson took longer to warm up but found his range on his fifth throw to clinch the silver medal with 67.39m, cueing wild celebrations in the Swedish camp. 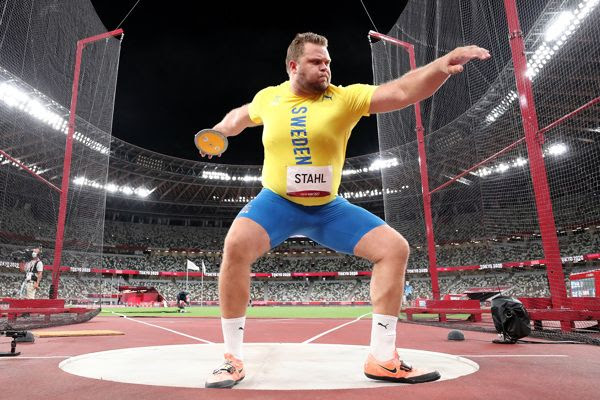 The sight of two huge men in canary yellow running amok on the infield with Abba playing Dancing Queen in the background will live long in the memory.

Stahl’s victory was the most predictable thing about tonight’s finals session, as the mixed 4x400m took unpredictability to a new level.

The event was filled with tension even before the final, as disqualifications, appeals and counter-appeals shaped the final field. The USA and Dominican Republic teams were out, then back in. The German team was in, then out, then back in and eventually nine teams were accepted into the final.

The Polish team of Karol Zalewski, Natalia Kaczmarek, Justyna Swiety-Ersetic and Kajetan Duszynski remained focused on the prize, becoming the first Olympic champions in this event, and ran with absolute commitment to claim the gold medal in a European record of 3:09.87.

In a David-and-Goliath match-up, the Dominicans held off the Americans by just 0.01 to clinch the silver medal.

The surprises started earlier, when world 200m champion Dina Asher-Smith failed to qualify for the 100m final, clocking 11.05 for third in her semifinal after battling a hamstring injury. She immediately announced that she would not contest the 200m.

They continued as the men’s 100m favourite Trayvon Bromell only just made it out of the heats after finishing fourth (10.05) in his heat with uncharacteristically sluggish performance.

“Honestly, I have no words for it,” he said. “It don’t look like I actually pushed myself and that is going to be the thing my coach is mad about.”

He lived to fight again tomorrow as the fastest non-automatic qualifier but question marks over his form have thrown the event wide open.

Canadian Olympic medallist Andre De Grasse was the most impressive of the contenders, winning his heat in 9.91, but many of the best speedsters chose not to reveal their cards in the first round.

Italian Marcell Jacobs set a national record of 9.94 to win his heat, and Fred Kerley (9.97) and Enoch Adegoke (9.98) were the other men to break the 10-second barrier in heavy, still conditions on the track.

The emerging teenager Athing Mu belied her years to set the pace, clocking 1:58.07 to cruise into the final. The youth push continued as fellow 19-year-old Keely Hodgkinson won her semifinal (1:59.12), but 30-year-old Jamaican Natoya Goule bucked the trend as the other semifinal winner (1:59.57).

The field events were not immune to the drama, as world long jump champion Tajay Gayle injured his left knee on the run up to his first jump in the qualifying round. He was assisted from the pit by medical staff, examined and the knee was heavily strapped but he insisted on returning to the track to take his next two jumps in the hope of qualifying for Monday’s final.

His third jump of 8.14m was nothing short of miraculous given his situation, and fell just one centimetre short of the automatic qualifying standard of 8.15m. But it was enough for him to progress to the final in fourth place.

By contrast, Juan Miguel Echevarria sailed into the final with an opening leap of 8.50m. The Cuban was head and shoulders above his nearest competitors, Greece’s Miltiadis Tentoglou (8.22m) and Japan’s Yuki Hashioka (8.17m).

US champion JuVaughn Harrison, who is contesting both the long and high jump in Tokyo, also progressed safely (8.13m). – WORLD ATHLETICS