Home International Top times for the Volkswagen duos in the Shakedown 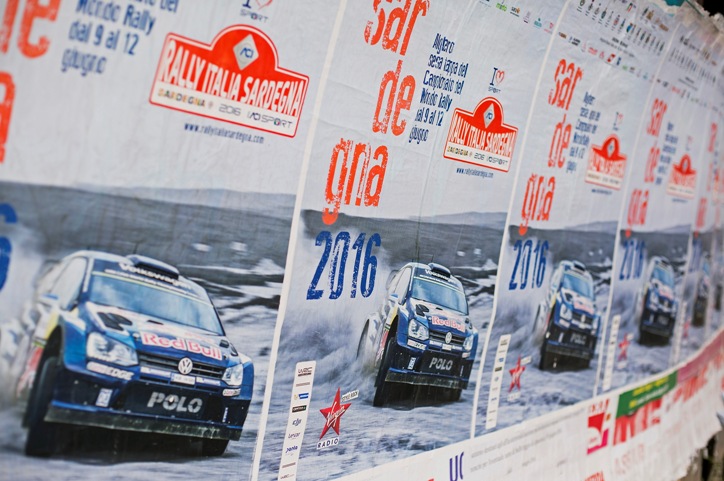 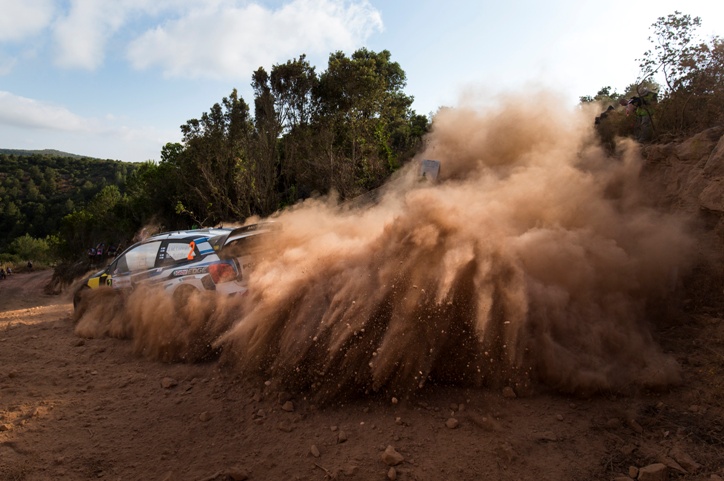 A taste of what lies ahead on a tough weekend of rallying: Volkswagen began its campaign at the Rally Italy with promising times in the Shakedown. Sébastien Ogier/Julien Ingrassia (F/F) set the fastest time in “free practice” ahead of the sixth round of this season’s FIA World Rally Championship (WRC) on Sardinia.

Their Volkswagen team-mates Jari-Matti Latvala/Miikka Anttila (FIN/FIN) and Andreas Mikkelsen/Anders Jæger (N/N) were seventh and eleventh fastest, and both focussed on the set-up of the Polo R WRC. Loose gravel, a lot of dust and high temperatures offered a taste of what can be expected over the next few days of rallying.

The Rally Italy kicks off on Thursday evening with the two-kilometre spectator stage “Ittiri Arena Show”. This is followedon Friday by 102.86 kilometres against the clock, spread over four stages, each of which must be tackled twice.

Quotes after the Shakedown at the Rally Italy

Sébastien Ogier, Volkswagen Polo R WRC #1
“Julien and I had a good Shakedown. Our priority was to try out various set-ups and tyre combinations, which is why we did one more run than usual. The hot temperatures and rough, stony stages mean there is a lot of strain on the tyres. That possibly gives me an opportunity to make up some ground on the opposition. With such narrow roads, you have to drive really accurately. Any mistake can soon mean the end of your rally. My focus is on finishing ahead of my closest rivals in the world championship, Andreas Mikkelsen and Mads Østberg. A podium would be an excellent result.”

Jari-Matti Latvala, Volkswagen Polo R WRC #2
“We worked on the set-up in the Shakedown. In the first run, the chassis was still a little too soft and I was not entirely happy with the way I drove. The second run was better with a harder set-up. In the third, we experimented a bit. All in all, it was a good Shakedown. We sorted everything out nicely for the rally. I am looking forward to the Rally Italy.”

Andreas Mikkelsen, Volkswagen Polo R WRC #9
“When you look at the way the Rally Italy has panned out in recent years, you notice that there are always a lot of unforeseen events here. Many say that the Rally Argentina is the toughest of the year, but I believe the rally on Sardinia is equally tough. It is a question of making it through to the finish. However, you still have to finish as quickly as possible. It is hugely important to find a perfect rhythm, and we did that in the Shakedown. My focus is on the battle with my team-mate Sébastien Ogier, as he will have similar road conditions to me when we both open the route.”

Jost Capito, Volkswagen Motorsport Director
“The Shakedown ahead of the Rally Italy gave us a taste of things to come over the next few days. A bit of heat, a lot of dust, and difficult roads. The challenge for Sébastien Ogier and Andreas Mikkelsen will be all the greater, as they have to open the route on Friday and Saturday – and that is once again a disadvantage here on Sardinia. I think both of them will fight as hard as possible to avoid losing too much time. All three drivers and co-drivers showed they are a force to be reckoned with in the Shakedown – even if the times do not really reflect that. We can look forward to an exciting Rally Italy.”