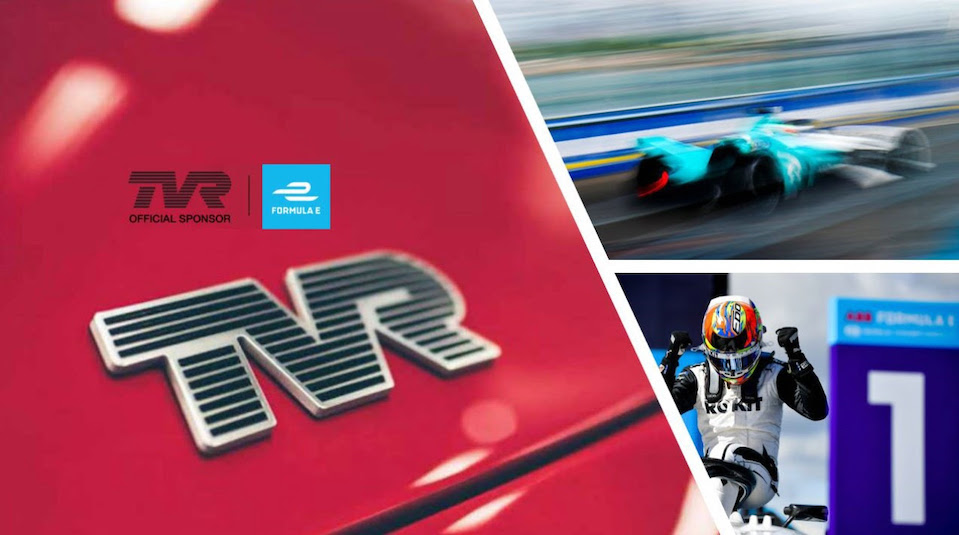 TVR have announced their official sponsorship of the ABB FIA Formula E World Championship, to be activated at the Monaco E-Prix (30 April) and the London E-Prix double-header (30 & 31 July). The exciting new collaboration marks a turning point in the strategic direction of the iconic British high performance sports car manufacturer as they accelerate their plans to electrify the brand.

TVR’s Chairman, Les Edgar stated: “Our collaboration with the ABB FIA Formula E World Championship and on-site activations at the Monaco and London E-Prix not only demonstrate our commitment to revolutionizing the TVR brand, but to EV, and becoming a sustainable, net-zero business. Our plans to bring TVR EV’s to market are well underway, with the first of two models to be released shortly after the release of the newest Griffith and Limited-Edition Griffith EV models in 2024″.
This announcement follows TVR’s recent funding and clean technology partnership with leading lithium innovator Ensorcia. Daniel T. Layton, Chairman, Ensorcia said: “We couldn’t be more excited for our involvement with such renowned organizations like TVR and the ABB FIA Formula E World Championship.”
Since its inception seven years ago and quickly becoming the world’s leading all-electric FIA World Championship, Formula E has completed more than 85 races on the streets of some of the most iconic cities in the world including New York City, Monaco, Berlin, Paris, Beijing and Buenos Aires. Featuring a host of the industry’s leading automotive and technology manufacturers, Season 8 is the biggest calendar yet with races in iconic world cities including Diriyah, Mexico City, Rome, Jakarta, Berlin, New York and London before concluding in South Korea in August.
“To see TVR, an iconic manufacturer of performance sports cars, crossover and make this commitment to electric is a significant milestone and aligned to Formula E’s vision of an electric future. TVR is a beloved brand and we look forward to working alongside them in Monaco and London to showcase their plans to electrify”, said Matt Scammell, Chief Commercial Officer, Formula E.
*Terminology updated to reflect correct Championship affiliation.