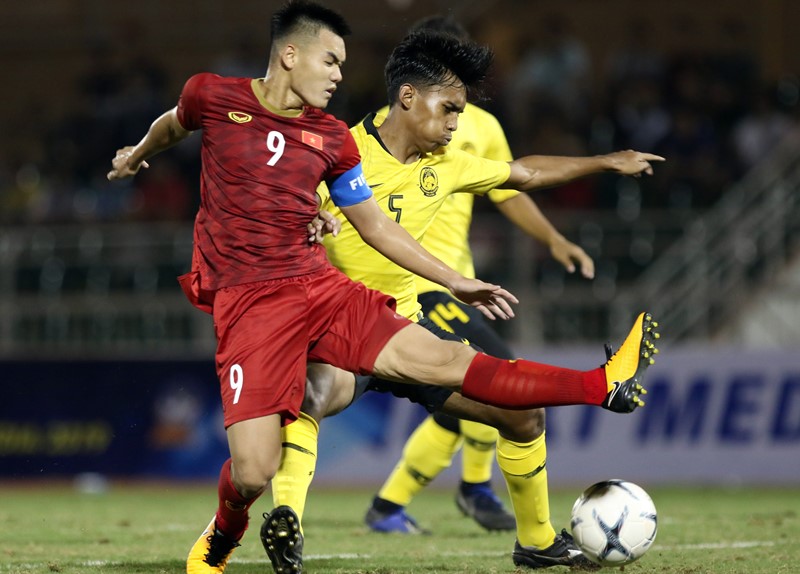 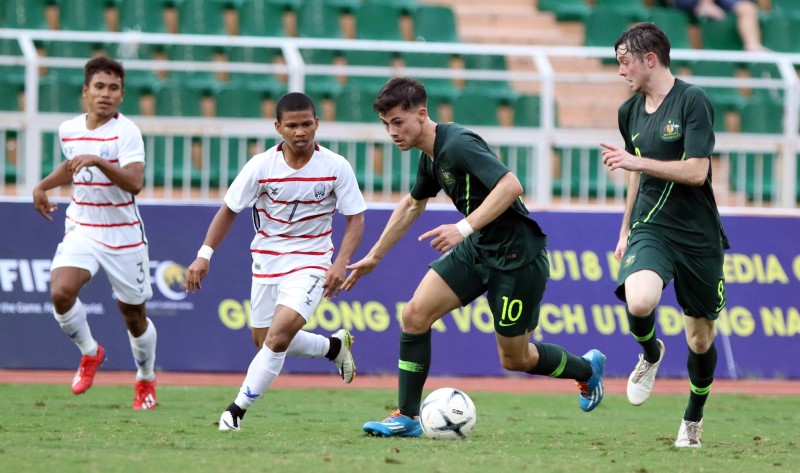 A deflected goal from Vo Minh Trong gave Vietnam a hard-fought 1-0 victory in their opening game of Group B of the AFF Under-18 Next Media Cup 2019 that was played here at the Thong Nhat Stadium tonight.

With Singapore having held Thailand 1-1 earlier in the day across town at the Thanh Long Stadium, Vietnam’s win was a follow up to the 5-1 thrashing Cambodia suffered at the hands of a marauding Australian side.

“The opening game is never easy and the goal came with a lot of difficulties but in the end, we got the what we came here for and it is for the three points in this match against Malaysia,” said Vietnam head coach Hoang Anh Tuan.

In front of several thousand screaming fans, Vietnam were on the offensive from the get-go as they pinned the Malaysians back for much of the first half.

Tran Manh Quynh was the first to test Malaysian keeper Firdaus Iman Mohd Fadhil with the first forcing the latter into an outstretched save while not too long afterwards, his effort rolled slowly off the opponent’s upright.

With the score tied at the half, the Malaysians finally woke up into the second half as the introduction of Muhammad Azam Azmi Murad gave them more pace.

As they strung passes together, their inability to get a good final touch would haunt them as several chances could have seen better finish.

But just when the game seems to be heading into a draw, a well-taken freekick two minutes to the end from Minh Trong came off Muhammad Umar Hakeem Rezwan and into the Malaysian goal.

In the meantime, Australia blasted Cambodia 5-1 in their opening game in the group that was played earlier at the same venue.

Just five minutes into the game and the Australians were already two goals up off goals from Kai Clifton Trewin in the third minute and then Dylan Enrique Diaz two minutes later.

Harry McCarthy then added the third goal in the 19th minute for Australia to take a 3-0 lead at the break.

Substitute Lleyton Andrew Brooks then added the fourth goal in the 65th minute before Cambodia pulled a goal back in the 74th minute through captain Sieng Chanthea.

Brooks then finished things off with Australia’s fifth goal of the game right at the end. 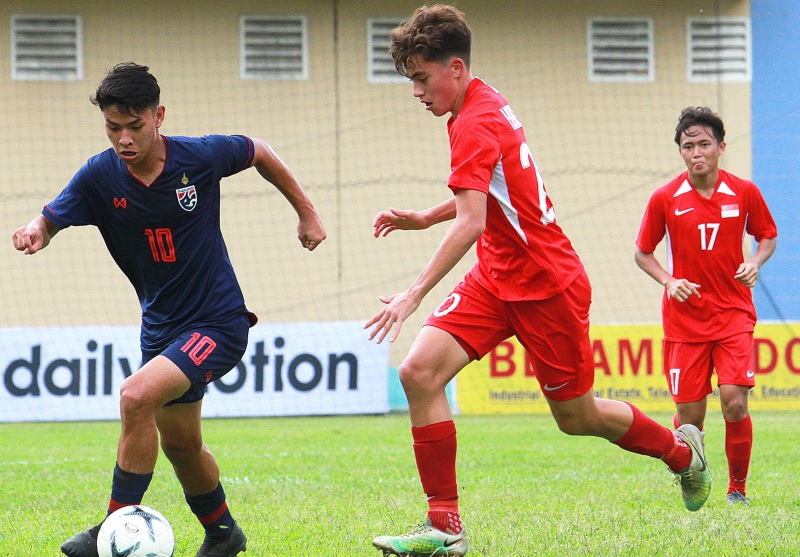 On the other hand, substitute Danish Qayyum Putra Shahrin Azhar gave Singapore a valuable point in their opening game in the group with a 1-1 draw against Thailand at the Thanh Long Stadium.

“It was by no means an easy game but the players played with discipline and we are naturally happy with the one point against Thailand,” said Singapore head coach Mohamed Fadzuhasny Juraimi.

The action was end to end with both teams eager to follow up with the blistering start to the championships as demonstrated by teams fro Group A yesterday where a total of 21 goals were scored in the three matches played.

But neither teams were giving up much space as the battle was restricted to mostly at the centre of the park with Thailand perhaps having the better share of chances in an exhilarating first half.

Achitpol could have given Thailand the early lead but he totally skied his attempt in front of an open goal while sometime later, his glancing header just missed the target.

Singapore’s Abdul Rasaq had a fabulous freekick then forced Thailand keeper Soponwit Rakyart to an outstretched save as both teams had to settle for a scoreless deadlock in the first half.

However just five minutes after the restart, Thailand grabbed the lead when Achitpol made good on a rebound after an earlier attempt from Pharadon Phattaphon was blocked by Singapore custodian Oliver Sim.

Singapore pushed up a notch in search of the equalizer as the Thais then went on counter-attack mode.

And six minutes to the end, Singapore finally got the goal they were looking for when Qayyum unleashed a delightful shot from some 20metres to beat Thai keeper Sopornwit.