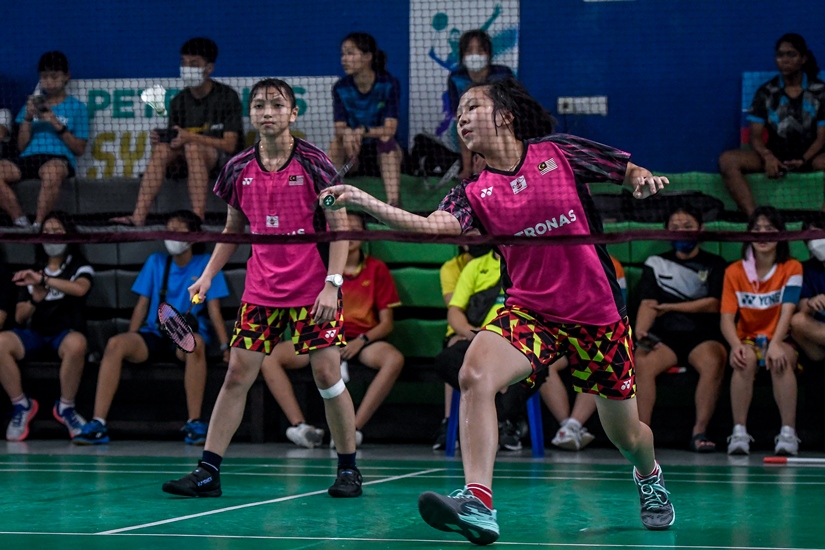 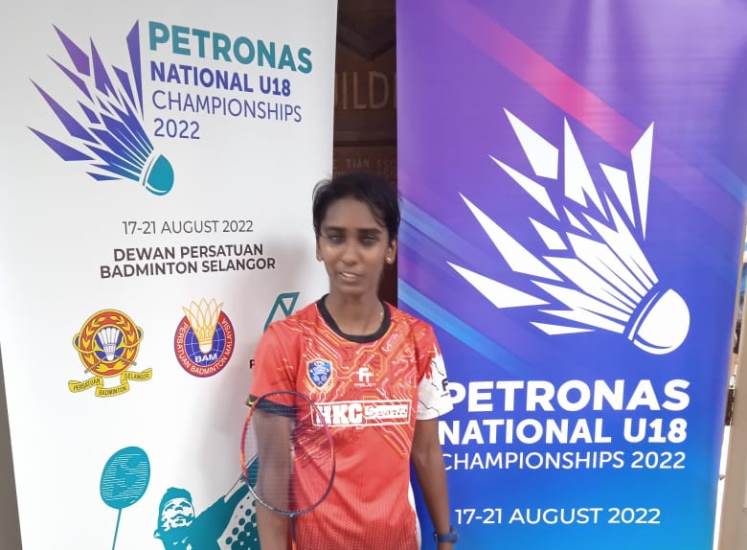 Several junior players have sounded the bell in the ongoing Petronas National Under-18 Badminton championships at the Selangor BA Hall today.
The early warnings are an indication they are not to be taken lightly.
In the boys singles event 16-year-old Mohammad Al-Imran fired the early salvo when he moved into the fourth round following a 16-21, 21-9, 21-4 win over  Malacca’s Lee Bing Cheng.
“I came here with the intention of playing a good game. All I wanted was to improve my performance,” he said..”but I do expect a tough journey ahead and I will continue to do my best,”
Top seed Eugene Eon Ewe went through a tough session against Tan Kian Wei of Penang in the third round to eventually win 21-11, 19-21, 21-15 in a 40 minutes duel.
Except for minor hiccups, it has been rather smooth sailing moments for most BAM players.
In the girls’ singles event, Sabah’s Cassey Ryan Rompog and Selangor’s Reesha Kumaresan were overjoyed after their triumphs.
Cassey surprised herself when she defeated Badminton Association of Malaysia (BAM) development squad player Noraqilah Ramadan Maisarah (seeded 9-16) 21-16, 21-12.
*I am very excited about this win. I did not expect to go beyond the second round as there are many good players including those from.BAM,” said Cassey.
Reesha, 15, a student of SMK Cyberjaya, made her presence felt with a 16-21, 21-9 and 21-6 win over Nur Aina Maisarah from Perak.